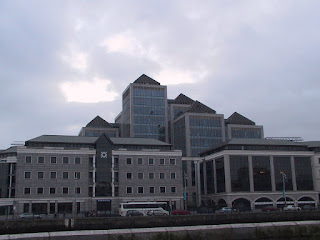 Perhaps the life in the open air 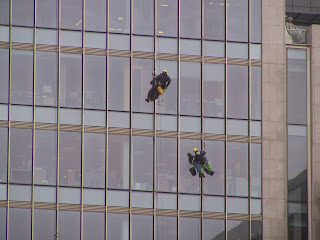 Something where you have fresh air and a view would be nice!

Well the slipping clutch will slip no more,Went to the garage.
Done in one day.
6 months warranty e507.50 Then again, I can always get payday loans.
I wonder how much it would have cost somewhere else?

There was a guy,he was not much cheaper,but. "No I don't do receipts"
So I can't put it into my tax returns either.
Well I had the choice of going on a bit longer and finding myself stuck at the side of the road in the middle of the night.
Well that would have been no fun.

Met a taxi driver his second day on the job,he told me he picked up a guy on his first day and the guy said "Have you been driving a taxi long?"I said its my first day. "I thought so said the guy, get into the bus lane!"
Over here taxis can use the bus lanes.
The taxi is his brothers, he is second driver,part time.

He will have a lot to learn before Santa has got all his money.

Mike the native American indian who has a blog writes that this is the time when we should line up your blessings. Take stock of your year, your friends,your health and your life.
Not a bad idea at all.
I have almost stopped watching TV this year, theres nothing on.
If you want reality TV try driving a taxi.
I will save TV for my twilight years.
A few things have happened,one thing of worth.
I was asked by my wife to pick up some school books, just chanced to be beside a school bookshop in Blanchardstown.
So I pulled into the car park and there was a "clamped" car there. So I put 50c into the meter and put the ticket on the dashboard.
10 seconds in the shop, "no I don't have that book"
When I came back out there was a woman at the car.
"I only left the car to get some change for the meter,I put 60c into the macheine and it would not print,then a man came and pressed the eject button and took my change,
the woman in the shop had no change, so I had to go to another shop.
What can I do I have to collect my son from school?"
"Look I will bring you up to collect your son and take you back here,ring to tell the clamper guy you will be back in 20 mins or he will charge you extra for not being there"
So she had no credit and my phone was used, she was from Algeria.
Well clamping and the law is something I know about. They cannot hide behind the wall and pounce,but that is what they do.
The attendant had no note book telling what time he first spotted the car. When I pressed him to see his note book(as he had said he unclamped another car after he saw her leave the car park) he became quite agressive and questioned our right to interfere in his work.
"Look said the lady, you have been very good take 50" handing me a e100, the fare was only e10.30..No not at all. "Well look I will take 40 if you insist"
I handed her back e60.
"What are you doing man I gave you e100"

From next week I will only be posting photos of Christmas in Dublin. Other bloggers
often put the photos up, I always mean to do it but I never get around to it.
So now I have told you I will not be able to let you down.
John at 3:54 PM