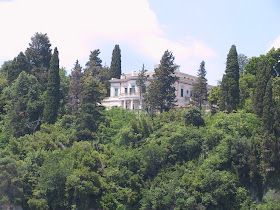 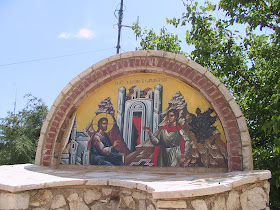 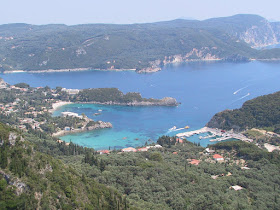 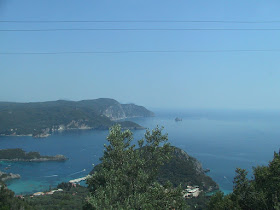 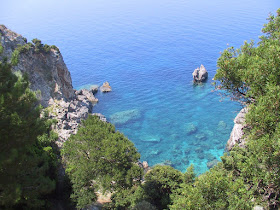 So what did you think of Corfu John ?

Well it is like an accident waiting to happen. Loads of dead vegetation all over the place it would only take a spark and the island would burn from one side to the other.
I saw this before in the South of France, you just have to live with it.
There is a place in California where the very rich people live, the fires sweep through the valley every few years burning the houses to the ground. The owners just call up the builders and start over again.
I would tell you who confirmed this story, but you would say I was lying.

There are 4 Million olive trees on the island I was told. Oranges, lemons and wonderful exotic fruits like figs grow on the trees. Butterflies and Swallows are flying around all the time.
But if it was not for tourism the people would starve.
Did I say petrol is € 1.73 per liter.
But on the other hand I bought 2 Rolex watches and a pair of cK sun glasses all for €25
A meal in a restaurant for 2 people pint of beer and water € 17,50

Greek taxi fares,
I don't think any taxi driver would be happy with this and petrol at €1.73


The Greek people themselves are fantastic people though.

Just think of this.

A single mother of 2 boys, she works in a bar. She told me that she NEVER had a holiday in her entire life. Perhaps a day off to clean the house but never a holiday. She was perhaps 38, she has never been out of Greece. It hammered home to me how bad things are for some people.
Her boss told me he has 20 credit cards,all maxed out. "I can't pay, I won't pay. What can they do Lock me up ?"

Yesterday we said goodbye to the actor Peter Falk, famous for the detective Colombo.
Going back to 1971 a young up and coming director directed episode 2 of series 2.
That man was none other than Stephen Sipeilberg. It has to be earlier than that but it would take an effort to find out. If you get it for Christmas you will see the hand of the great artist right from the start.

I had a guy from Liverpool in the car yesterday,he told me that Peter Falk had written an autobiography called.

People from Liverpool have a great sense of humour.
So I told him since Peter Falk died from dementia it must have been the reason why he had to keep coming back to say.
"There is one other thing that's bothering me sir"

I was at a dinner with the magician Paul Daniels and the conversation was how to become the part, that, you by putting on your special jacket you turn into "The Magician".
He went on to say that Peter Falk was really very wealthy, but when he put on that raincoat his complete persona changed and he became the poor detective.
I think it was Paul who told me that when they were making Colombo Peter Falk did not get a wage but took a share of the royalties, later he bought up the rights to the series which gave him a fantastic income right through his life.