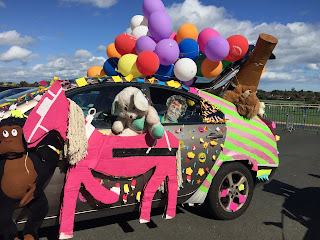 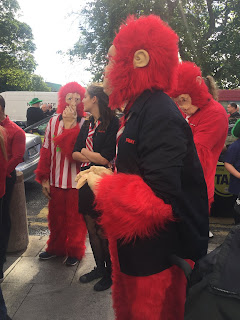 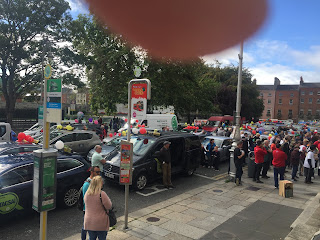 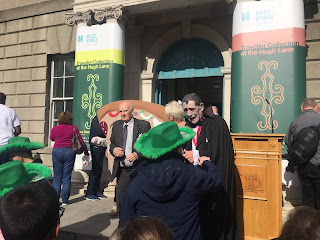 So we had the big day out for the less privileged children of Dublin, 200 or so taxis a 20 Garda motorcycle escort and then off to a big party with singing and fun in Leopardstown.
It has been going on for more than 50 years and Johnnie Walker our super taxi driver who started it all off is still on the go. Paddy Drax is another long time attendee.

So I was trying to get the photos up but my computer is acting strange.

I have met a few heroes in my day and last week there was a documentary about one of them.

Orla Tinsley got into my taxi years ago and I never forgot her, she was out of breath and turned out to become one of my super heroes.
"No I haven't got asthma I wish I had but I have CF. Cystic Fibrosis"
She went on to tell me about her condition and that the only cure was for someone to be killed and she might get a new set of lungs.
What was on her mind on that day was that she and others had raised money to build a special ward to isolate CF patients and the hospital that it was attached to had filled it with ordinary sick people.
This in turn would mean that the unit could never be used for the purpose intended.

She told me not to be sad when I told her that she was a wonderful brave person.
"I am a fighter, don't feel sorry for me.I never want anyone who met me to be unhappy."
True to her word I did feel inspired.
I told her that there would be no charge for the journey, the only pity was that it was not longer.
"I would love to give you a big hug as well, but I don't want to kill you?"
She laughed "I couldn't think of a nicer way to go"

And she was gone

That was a good few years ago

She is doing creative writing in New York and she crowd funded a lung transplant.