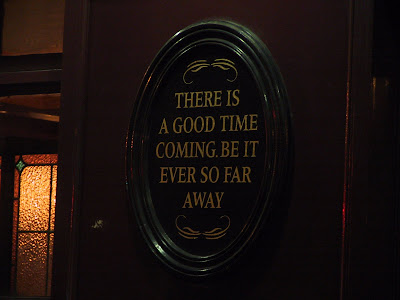 A detail from outside Doyles pub Fleet St. 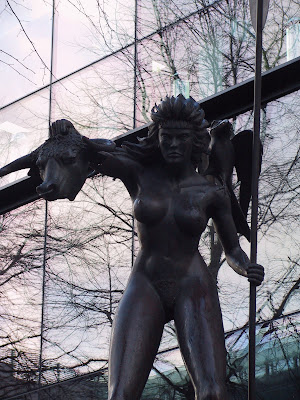 This fierce lady can be found behind the Mesbil hotel
..She has realllly long legs


My son asked me if I had survived Black Eye Friday intact ?
You know the last Friday before Christmas when the bosses pay a double week and the workers go off to have a pint before going home for the weekend.
Problem is that it turns into a drinking and fighting session.

Mist say it was hopping, I had to go home to sleep at 5am and punters were still at the ranks. People were well behaved and no Pukers or runners,they kinda spoil your night they do.
So the same advice as last year. Don't wait at the rank, walk towards home facing the oncoming traffic. You will not be as cold walking and the taxis will stop when they see you are sober.. Try not to stand in the middle of the road shaking your fist shouting FUCKING TAXIS. That is a no no..

There is a total gridlock of taxis around St Stephens Green as I write but I will throw out my nets and trawl the streets in another hour, should work out.

From the second of January until the 14th Feb(St.Valentines day) there is no work for taxi drivers, then around the 16th March St Patricks day things come back to life.
This year I expect things to be very lean.
These times in the London taxi drivers language are called "Herring Days".
A time when you couldn't afford meat.

I wrote another to the Taxi Regulator, she replies in cliches which are dropped into the letter which is the reply, but it it is not relevant to the question.
As they say in Australia
"What the hell has that got to do with the price of tea in China"

It would be a great idea if we as drivers who contact the regulator put our questions and her answers into a book, It could be very funny and the money to go to charity.

The Commission for Taxi Regulation does not have the remit or statutory power under the Taxi Regulation Act 2003 in relation to the control of the number of licences issued.

25% of the standard taxi and hackney fleet are now over nine years old compared with 16% in 2007. Fast tracking this will address the age concern.

All existing taxi and hackney vehicles will be required to meet the nine year age requirement set out in the new vehicle standards (announced in November 2007), on renewal of their vehicle licence in 2011.

This is for all taxi drivers...