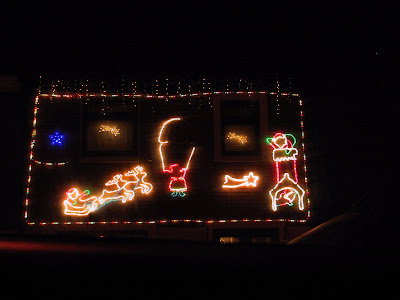 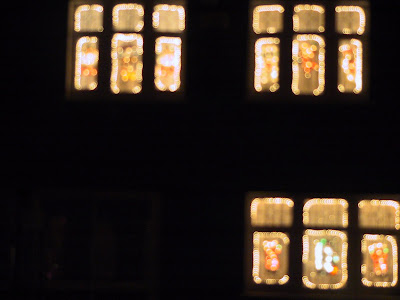 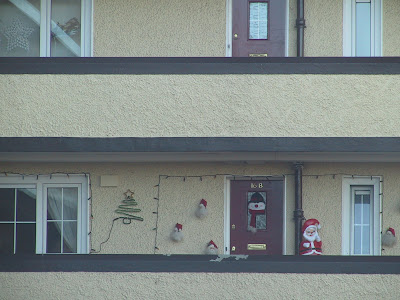 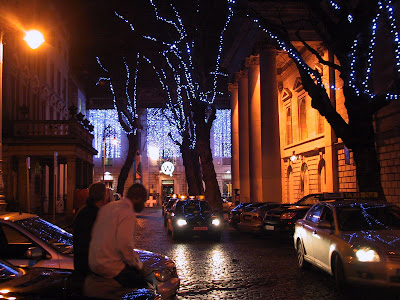 Lets start off by wishing you all a merry Christmas. We are here now and the next big thing will be 20 10...
If you are any religion you can celebrate the new year.!

Execpt if you were a time traveler..
One thing that happens in this job is that you hear one part of a story and you never find out how the situation worked out.
I had a girl in the car a few weeks ago who had just been for an eye test. The guy said "There is something here, I want you to take this letter to the hospital,now"
In the Eye and ear Hospital they X rayd her and told her not to eat but to pack her bags and come back in and here she was.
I told her not to worry, if she was going blind or getting violent fits this thing would have been too far advanced,It was early days now, so don't worry, and off she went.

Shit ! she said I am not ready for this, its all too sudden!

Well I heard her on the radio the other day, Singing the praises of the medics,the operation was a total success, problem caught in its very early stage.
Everything A OK !
Great to find out it all worked out.

Problem at the rank last night, one of the guys went off to the toilet and the driver behind him jumped in front of him as the cars moved up. When the gazumped driver came back there was words. As the cars moved closer to the front the second car jumped in front of the car and was now first.
More words were exchanged!
Then the correct first car moved off with his fare.
When the next customer came over he hopped into the taxi and asked the driver if he could move the seat back a bit. The driver still in a temper told him to leave the f******g thing alone. Wise guy he got out of the taxi and into the one behind.
The "mad"driver got out of his car and gave out yards!
Someone had phoned the garda and 3 of them arrived and asked questions....he had no PSV licence, or should I say his PSV licence did not check out......
Then came the big stand off with loads of aggression.
But in the end they took away his roof sign, telling him when his paperwork would be up to date and correct he could get it back.

If I was in charge I would confiscate the car as well.

A voice inside me is saying that he will steal a sign from a parked taxi tonight and carry on working. The signs are held on by magnets so can be lifted off in a second.

On Aston quay there was a bit of aggro one night, same thing, a driver was double parked and another car drove into the space when the cars moved up. After a few words with the driver about queue jumping the driver realized he was getting nowhere with this nut case, so he quietly unplugged his roof sign and threw it in the river and then he drove off. The smart ass driver was now off duty !
These dodgy drivers are putting lives at risk as they are not insured.

A diplomat from Singapore told me about an aunt of hers who has a bit of a problem with mobility, the aunt got in to a taxi one day and the driver started off with, "I can't understand qwhy every spastic and cripple in Dublin wants to get into my taxi this week, I am fucking sick of it".
The lady was very upset about it. I would have asked him to drive me to the nearest Garda station, "I have to sign on"..Still you are often not brave or quick enough to think of a plan.

That diplomat was full of woe about the way we treat the students who come here to work. Polish people who have gone home tell of tales of woe.
signs appear "Workers wanted, no Irish"
Still for myself I have only met good people from Poland.


Good old Bob Dylan has a hit for Christmas.

This has been a hit for ever, merry Christmas to George O'Reilly.