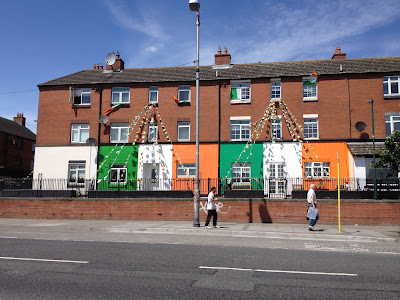 Houses in Summerhill painted up for the "Boys in green"
Its a pity the team didn't make a better effort., T 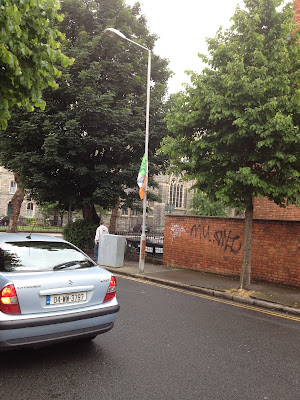 An Irish flag flies at 1/2 mast on Stamer St, as if the Nation was in mourning. 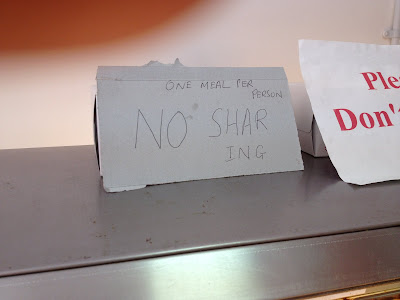 Sign in a Chinese €5 buffethere is another €6 one further up on Moore St which is much better.


The new HailO app is working really well.
One slight problem I have is that it is a bit of a distraction while you are trying to drive. You have to go "POB" (passinger on board) set your destination, then pay by cash or credit card at the end.
More than once I forgot to turn on the meter. A Londoner told me that this was a problem for the London drivers as well, trying to change a routine that you have been doing for years will not be easy.
I got 3 credit card jobs last week and the money is in my account today.
They have over 400 drivers signed up now, we are getting used to the system and the company has people going around calling taxis up and going for a journey.
They plan to launch soon but they have to get a a blance of taxis available with the drivers knowing how to operate the system before the off.
If you have the London or Chicago HailO app on your phone it should work here as well.
Today I went into the office at 12 Upper Mount St. and met one of the guys that developed the system. He is a London taxi driver himself for 10 years,so he knew what he needed when he worked it out.
Every Mother and girl I spoke to thinks it is a great idea.
Even if you ring a radio company you don't know who is picking you up.
Now with this system you do.


The weather is bloody awful, rain rain and more rain.
Still it drives people into the taxis, no walking in some of the downpours we have had.

A huge convention took place here in the conference center.
It was concerning diseases of the central nervous system. MS, etc. 5,000 delegates. Short hops over and back with a big bus back-up.
One Doctor I spoke to was from Greece, his wages were cut and he is owed €40,000 in back pay from his hospital, he feels that he has little hope of ever getting it.
Over here we do not understand what is going on, imagine a hospital worker not being paid for 8 months? If I got no money for 2 weeks I would be bunched.

Most people in the western world are only 2 wage packets away form dissaster.

Today they will all be heading off to the airport bick to sunny climes.

The problem I have with the conference center is that no provision for taxi drop off and pick up was made. The buses pull up in front of the center and the taxis cannot pick up people without blocking the road. The buses should wait at the side of the building and a member of staff should direct the delegates to the taxis.
A bit of organisation boys and girls please.

Remember Colombo ? Now look to see who directed this.