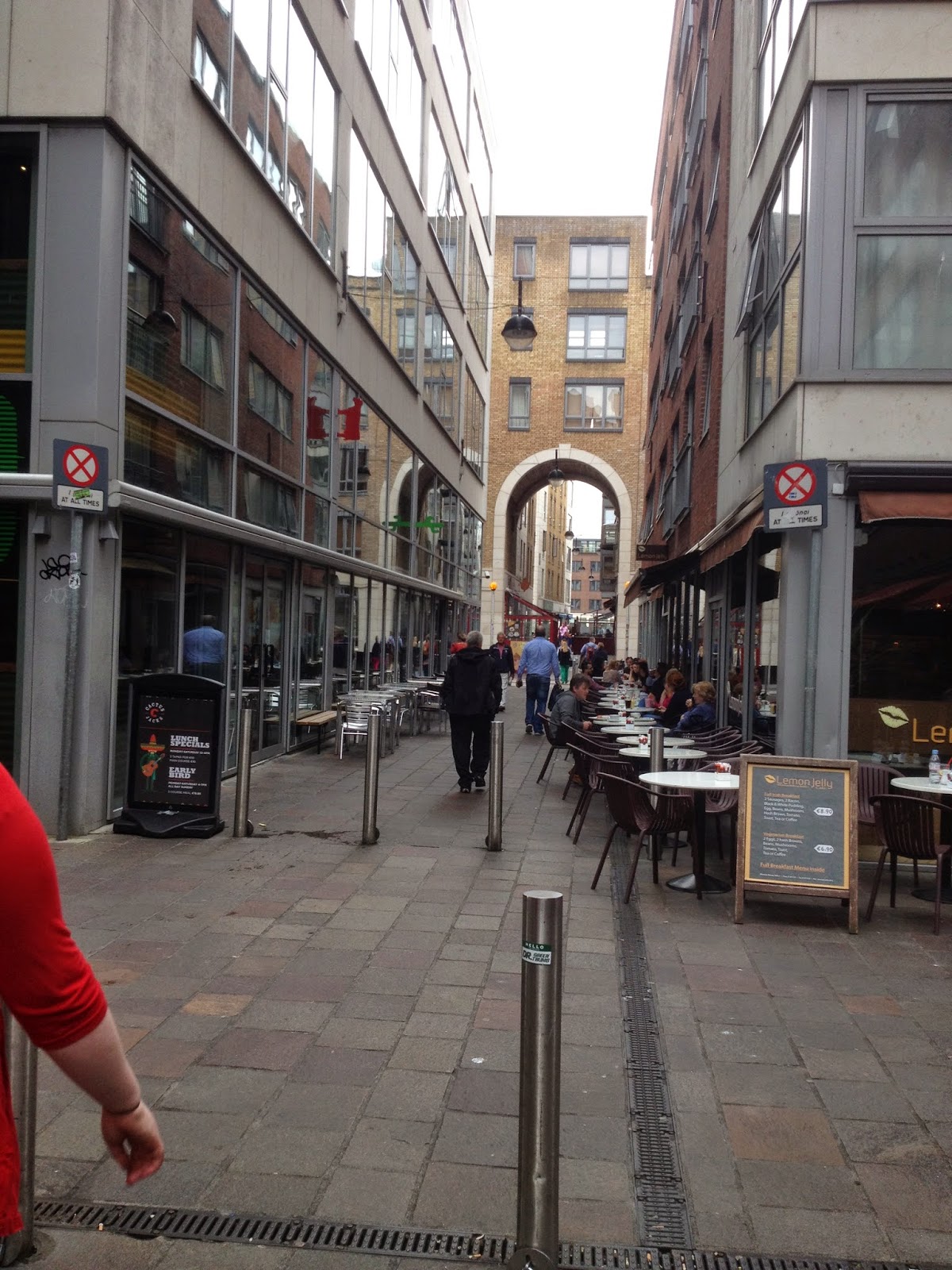 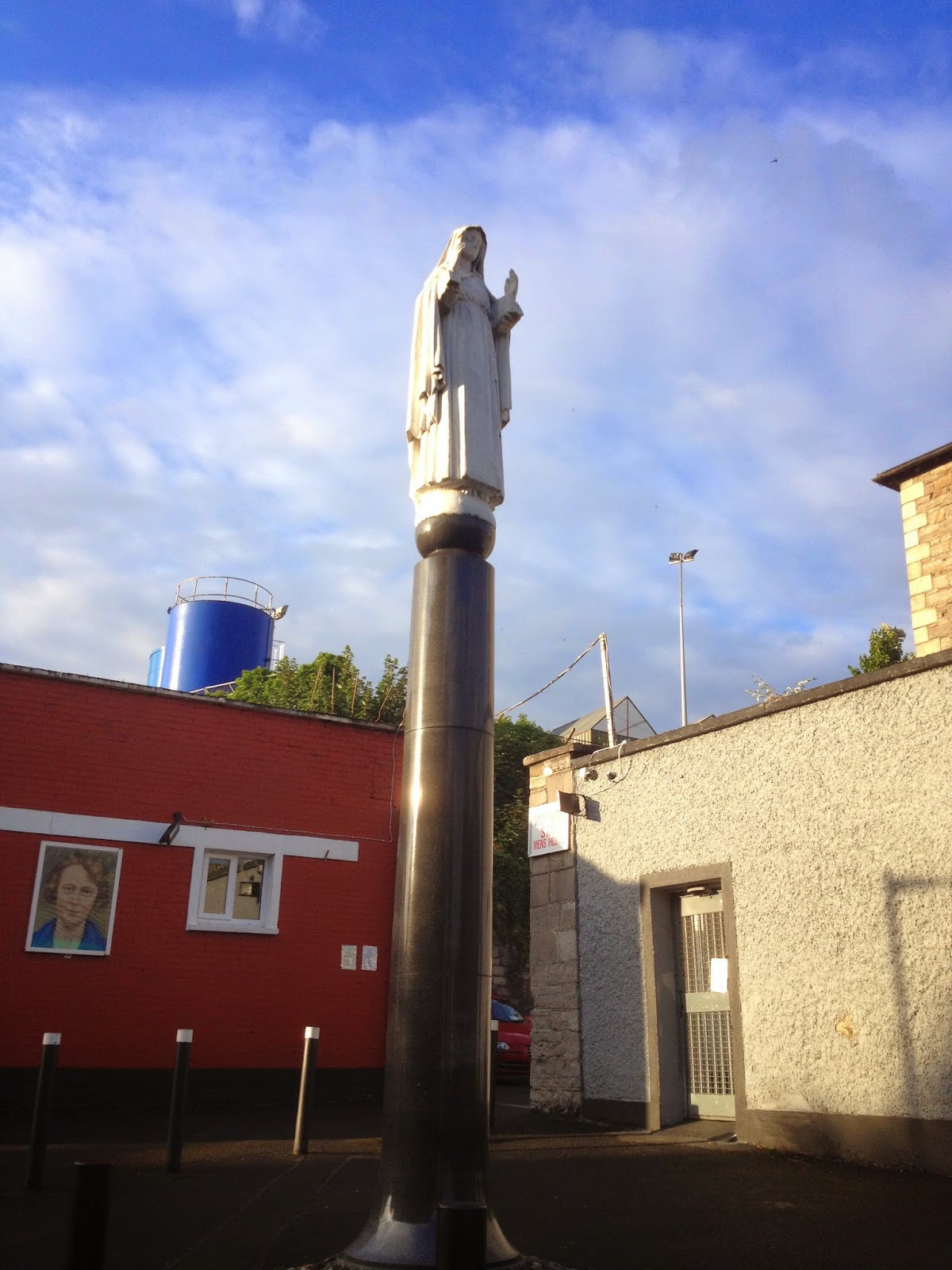 Our Lady on the pole 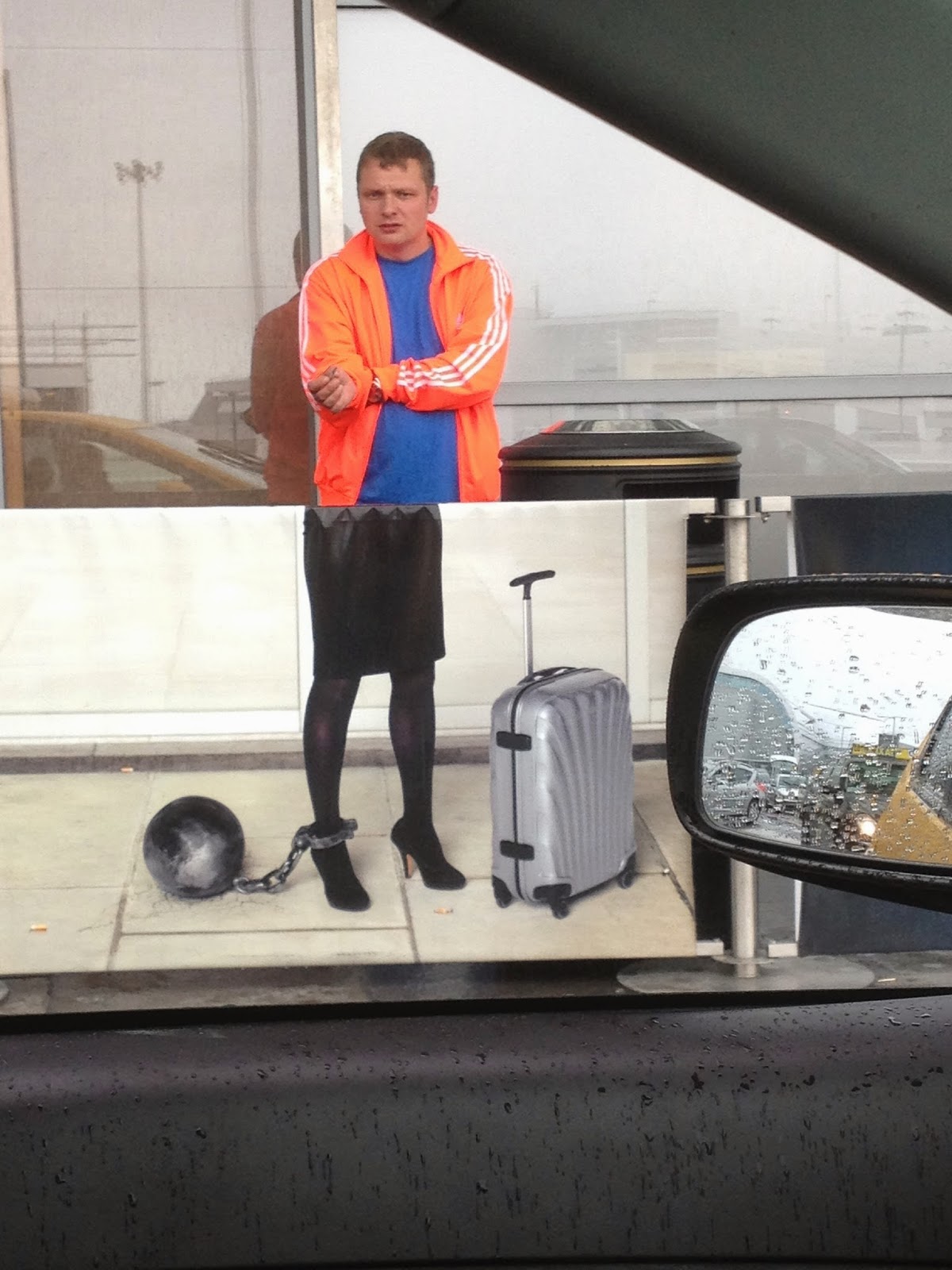 In an effort to show smokers in a bad light these screens appeared at the airport.

Growing spuds, you plant them on the17th of march and dig them up on the 12th of July
Si its down for Paddy and up for Billy.
How are your spuds.?

I am in the process of doing my taxes.
Two things in this life are for certain   Death and Taxes....Both of these things are a real pain in the arse.
Still things are quiet on the streets, apart from the concerts which can be hectic for sure.
Garth Brooks was to play for 5 sold out concerts in Croke park in a few weeks.
Thousands of tickets sold, hotels booked and high expectations.

But the stadium was only allowed to hold 3 concerts per year....
They already held 3 concerts earlier this year, So the five concerts were not given permission, they were granted 3 nights but how could you  disappoint half the fans?
So the concerts are all cancelled and €millions are lost to the local ecconomy
I can see both sides, the people who live around there are barricaded into their homes for the duration and if the GAA had entered dialogue with them at the start some middle ground might have been found.

The government were getting a new cabinet together great fuss about it on the news.
Silly buggers they should have gone to Ikea.

Talking about business, I had one of the founders of  that huge auction website Ebay based in Blanchardstown in the car a few years ago.
He asked me where he could have a special meal for around 30 people? Had I any suggestions?
The Dylan hotel were doing a special "Taster" menu 10 or 20 small dishes to give the gourmet a sample of their kitchen.
Fantastic idea! get them to call me. So I went in, asked for someone to call.
I gave my number and his number, no one ever called.
I went back in the next day and they said the catering manager was very busy,
30 dinners at €60+ a head plus wine?
The person who asks at the desk may not be wearing a suit, but we deserved the courtesy of a call back at least.

I wonder if it happened today would the reaction be the same?

There is nothing planned for the future, my schedule is loose.
I did a lot of painting lately, no not landscapes, Walls and  loads of Magnolia paint.

Some day I will keep a score of the different nationality's who pass through my taxi. I remember a Philipena nurse, a Latvian mother, a Peruvian girl from Cork with her parents,6 or 7 Americans, 4 Swiss,several English Scottish and a Welsh.girl A lovely girl from Finland , a Nigerian lady and her daughter and a tall elegant lady from Italy.. There was a few Polish and a Czech girl as well (Named Walsh)  so we are all starting to blend in..


We all need a bit of magic in our lives.
Here is a video based on a book by Erdnase..AKA  ES Andre.(Backwards) When it was first published it caused quite a stir, but now YouTube gives it all away.
Remember these moves were created to cheat at cards rather than do a magic trick.