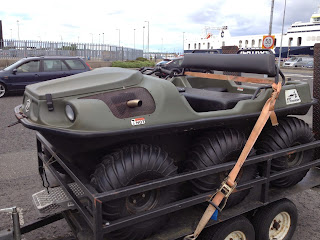 A 6 wheel buggy at home on land and water, my son says that you can also operate it by remote control. 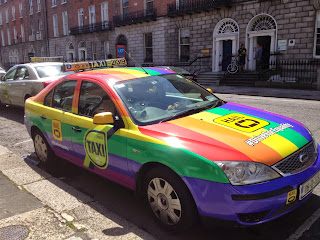 This is Davids rainbow HailO car. 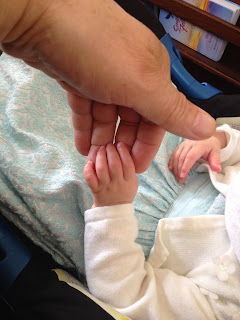 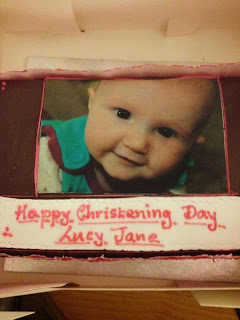 This is a photograph of Lucy which by the miracle of modern science was printed on to the icing on her cake.

I was going down the Malahide Rd the other day when I stopped beside the dog grooming shop.
A friend has a dog with a skin condition and she needs attention. so I went in and got her number for him.
When I came out there was a car in front of me so I backed up to let her out.(she was facing the other way) Then when she got the chance she took off like a rocket and did a 360 turn nearly ramming an oncoming car head on. The poor driver must have shit himself.
If I had had it on dash cam it would be a hit for sure.
Then later on the quays beside the convention center a car rear ended another car.
The driver at fault said "I only got this car 2 weeks ago" !
I said expensive text message for sure.


There was a big convention on Endocrinology, (Hormones!)
When it ended hundreds of people wanted to go to the airport at the same time.
We used to have a button on the HailO system "Jobs burst" Our leaders took it off the system so now we can't spread the news. Progress it seems is steps forwards and backwards.
I got 3 people going to the airport. They had come here just for that convention.
It can not be far away when we will link up on some secure system and have our conventions without leaving home but I know that a lot of the time it is the networking after the event that is most important .

There is a magic event which when you pay you get 10 lectures, notes and videos to keep, its quite an annual event.


Riverdance is 20 years old a show which has captivated the world after Irish dancing was shown during the interval of the Eurovision song contest. I was driving a taxi for Metro cabs who had the RTE contract at the time. Michael Flatley has made an absolute fortune from it as have many of the people involved.The show has many troupes which work all over the world all the time because the act is so big they cannot preform to groups of less than 2,000. It would not pay.


And the rest is history, Flatley has pots of money and Mya Doherty lives like a queen, fair play to them all.

Back on the taxi front I had 2 Israeli people to the airport. During the journey I explained that all the roadworks are to put in a tram system through the whole city.
She said that in Bethlehem they put in such a system, chaos for years, now it works so well.
I told her that I imagined it as a small town with people riding donkeys, "A bit like we expected  for here"  Big laugh..
Then thy asked if I knew anything else about Israel and I mentioned the wonderful voice of Ofra Haza. (I think she won Eurovision)
I spoke about her fantastic voice and when I found out  that that she had died from aids I was so shocked.
the lady spoke "A wonderful beautiful lady with a voice from the Gods, when she found out she was sick she told no one, she was ashamed. If she had looked for help she could be alive today.
Different times."