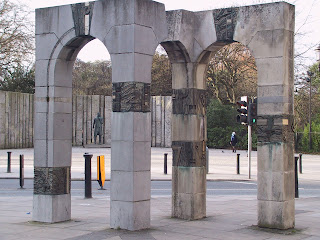 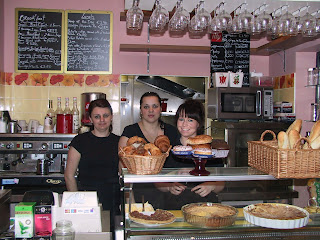 Boys and girls working in the city why don't you stop off at the Coopers Cafe on Bond St. behind Guinness hop store. Good food plenty of parking etc.. The girls need the work as well at the cafe is off the beaten track.

Tell them you saw it on the blog,,for a special discount.
Holy Moley this is my 301th posting!

Seems like yesterday I told my son that though that New York Hack had a lot to say.
"But I could say more" He set up the computer and here I am.

Now I have updated some of the "LINKS" on the side, some have passed on, some are in hibernation..But I must direct you
right hand side...Have a look see, loads of good stuff.

Well the Garda are issueing loads of tickets at Heuston station,like the taxi drivers are dealers.

TRYING TO FIND WORK IS NOT A CRIME.

HEROIN IS ON SALE ON MARLBORO ST., NEAR SACKVILLE PLACE AND NEAR ALL THE METHADONE CLINICS.

ALSO THERE IS A FAIR BIT SOLD ON CITY QUAY AND AROUND LIBERTY HALL.

There is no excuse picking on the guys you can prosecute.

Guys that are just trying to feed their folks.

I spoke to the Garda who was giving the fines.

"Do you know that around 20% at least of the taxis operating in this city at weekend nights are being manned by drivers who have no PSV licence, they are also have no insurance,? Why don't you go after them?"
"I can't stop every taxi driven by a black man".he said.."I said nothing about Black. I was thinking Moldovan and Russian even Slovakian as well".

"My job is to write tickets here" he said "That's all".

So boys and girls leave a space to drive off as he approaches.

I reported information recently about a crime committed a while back...
I gave all the details, no one asked my phone number and I feel that no details were ever written down.
As a matter of fact as he was recapping my statement he got street, day, and time, wrong.
So next time I will record the conversation and pass it to a press reporter..
When the public sees how the information is handled don't be surprised if you, (Garda)are transferred to the sticks.

We have just had an emergency budget..Taxing the poor and throwing billions at the banks who paid themselves so well and led us all into this mess.

Start the cuts at the top lads halve politicians pay, ditto with expenses, make them clock out at the end of the week, shorten their holidays.
Its a sight to see the Brussels boys checking in at 9 am to make the 9.30 flight home..claiming a full days pay as they go.

Well the Lotto is e10 million, would that be enough to tempt you away from driving a taxi?

You betcha it would.

I am glad to see that the NTDU taxi drivers "union" are paying a professional to read the Goodbody report. This is a really good thing as with a legal document for example you need to know what to look for.

Work is really thin on the ground so I will be taking a few days off to paint and clean and mow..yes folks the grass is growing again.

I had a job this morning to bring the magician Bill Goldman www.billgoldmanmagic.com to the airport. If you go to his website and click on the 2 of spades it brings you to his blog which will be updated in a few days and you can read what he really thought of us.
He said Ireland was great, he only regretted not going to Limerick,,the home of poetry.Ha Ha

You know Bill you must have put an invasible spell on the car, no one stopped me again for ages.
But it is OK I need a bit of a rest.

There will be a big vintage car show this Easter.
One of the guys in the pub pulled out some photos from his pocket at the mention of vintage cars..
What car is that?
It had been smashed in the front but the vents on the front wings lead me to believe it was a Jensen..Correct a "mark 1" Other photos followed showing the repairs and then as she is now, gleaming.

First bought by a Viscount only driven for 3 years only 20 left.

You know this kind of thing can take over your life.

I will stick with my model Burago model e type Jaguar thank you very much.

The names Austin,Humber, Morris etc bring me back to other times. Not better or worse but other times,I appreciate all the hard work that goes into looking after these old girls as they rust in piece.
I had a client going to collect his Triumph car a few months ago from Mounttown Motors Dun Laoighaire, where I met Doug Skakie the boss, he came from S.Africa but has lived here for years.
An E type man and very big into Triumphs.

Its funny but I had to tear myself away as we were getting into the development of different cars..
Ah those were the days, Coventry climax engines Hillman Imp, My very first car.

Things are at the stage now that if you can't boot up your computer you are going nowhere.

One thing for you.

Roll down the drivers window and pop the bonnet (Hood)
Disconnect one of the battery leads, they often have a lever type release.

Re connect the battery lead.

Now the doors will LOCK

I did say leave the window open

When you get back in the on board computer will have reset itself.

That will Teach you for buying crap cars.
Posted by John at 3:11 PM