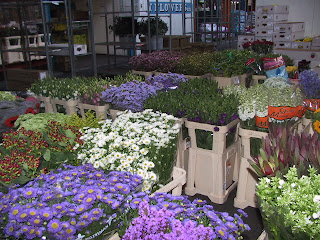 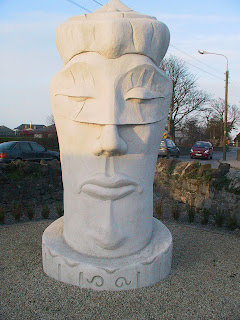 I have been distracted, whats all this fixation with muggers, prostitutes and junkies about?
Well nothing really so I will shut up about them, for a while.

The clocks have sprung forward and Summer will arrive with all its splendor.

Well things happen and sometimes it just works out right.
I pulled up at the rank on Earlsfort terrace the other day. A car stopped to ask me directions at the same time the porter at the Conrad hotel blew his whistle, I gave the directions to the lady before picking up this middle aged couple.
Airport please. No problem.
I will bring you past Fitzwilliam Sq, they are making a film there and there are some fantastic 1920s cars and buses there..
The cars and the bus had moved into the area where the filming was going on. As we passed the sq. the lady piped up in her best Cockney accent "do you think we are F++++ng stupid ? Driving us round the ouses".
Well I suppose we could have driven down a bus lane the opposite way and down one way street against the traffic.

Today I would have stopped another taxi and sent them packing,but I kept the head down,

Listened to the radio and arrived at departures. Took out luggage! Hope you have plenty of time for your flight I said.

The clocks went forward today and it has made my day crazy.

What do you mean?
Summer time, the clocks went forward.
So what time is now?
5.20!

The look of shock said it all

I would never wish bad on anyone who did not deserve it, but she got what was coming.

The Merrion hotel and all the high priced hotels I will refuse to pick up at them if I can.
As the guests slip the porter a 10 then refuse to tip the taxi driver. You are much better picking up someone off the street.
A young girl working in a shop will tip 10 times better than a business man on expenses.

Once I had this guy who said make the recept for 20.00,
Where is my change he roared.
So as his friends jumped out of the taxi, I pulled the recipt from his hand , I ripped it up. Wrote him (slowly) a new one and gave him his change in shrapnel.
And as he rushed off I called him right back.
Thinking he had lost something he came back.
"Have a nice day"
If looks could kill.

I had a couple from Mauritius that fantastic honeymoon destination ,it seems such a lovely place, later that day I picked up a lady from Spain who runs a language school and she was going to the same hotel so I told her to tell the girl from Mauritius that that old taxi driver was going crazy about her.
Turns out that they will be touring Ireland together for the next week.

I want to go too.

The 2 euro coin is just the same as the 10 bat coin from Thailand I have one and when I next work late someone else will have it!
I had a lesson in race relations from a Thai girl today.
You know when you look at someone and then she looks at you looking at her.
Then she walks over and gets into your car (Then you remember your driving a taxi)
During the drive we had a deep conversation
She told me that in Thailand men prefer women with lighter skin!
This is something I would never have thought of.
To me (if you are reading this) beauty comes from within, The great Beauties of this world are nothing if they have nothing to say or have no sense of humor.
Your skin color matters little ,its whats inside that counts.

I have been fussing around,not getting much work done and when I get back on track I will have something to say.


I have another tale to tell but I must wait until it matures.
I would not like you to have a story with a sad ending.
Posted by John at 4:16 PM