"Your work is of no interest" 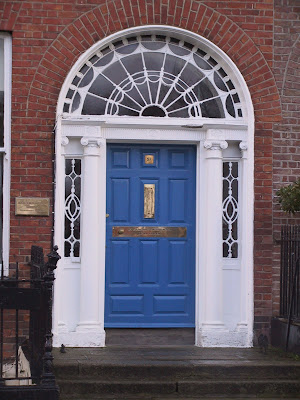 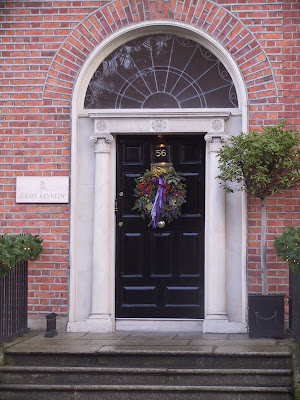 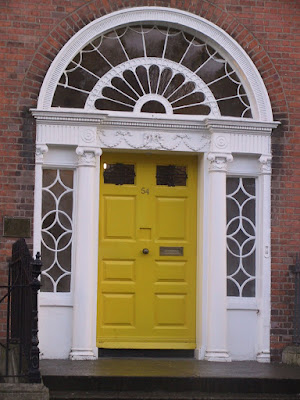 Ah the beautiful doors of Dublin and there are a good few tourists around.
A Scottish couple were amazed at the prices being charged here.
They are right we are being robbed blind,
Just as well the taxis are still good value I said.

Prime time investigates had an expose about government ministers who were granted loans without checks, fast tracked loans of over 100% at special rates....Then My taxes were used to shore up the black holes while no one was held to blame.. Not held to blame they were paid a bonus and a boosted pension, no wonder my arse is sore. Look at www.rte.ie
Well what was going on?

I once told a girl about this blog, she said "That's pointless,who could find anything remotely interesting about driving a stupid taxi?"
Fairly put me in my box. Still I knew the place she was going is closed Mondays.
Guess she has to learn. (I would have told her ,but)

Well the guy I picked up was a businessman from Kerry,He loved sailing and was cox of the local life boat. A brick of a person, he was going to the "Gold Exchange" on Bolton St. and wait for me. Selling the family gold for cash to stay afloat. "If I only knew this would end in 3 months I might not do this, its bad, business is fucked."
I did get a smile when I told him "Its so bad that even the guys that never pay me aren't buying anything"
He decided to cut the rest of the trip short,he would walk through the Ilac center, hope things improve for him.

Picked up a young guy at the Bar Code. Buzzing he was...He was going to be a daddy, spoke to his intended and told her how happy he was, talked about how he had only told ONE person the news....Etc etc. "Congratulations Daddy" says I when he hung up the phone.
Jesus its great! I lost 2 mates this year, one was shot about 20 times. He did a little bit of drug dealing, but he was a good guy. The other lad was mowed down by a stolen car just a week before his wedding. I thought this was a shit year, but I feel great now.

Blond bombshell from Coolock with a buggy, jumped in at the lights.
This girl is bright and attractive and could lead this country to be the best in the world. She was just as bright as a 400 watt bulb !
She had been away in Greece,Japan and Canada working while all this tiger business was going on and she told it as it is.
People who work in shops have no manners, talking across the counter to someone else while they serve you, no THANKS OR PLEASE.
The foreign girls in Aldi and Lidl are so polite in comparison.
You can see where this is going if you live here?
Conversation turned to that terrible drunk driving murder(can't call it anything else) on the Malahide Rd.a few weeks ago.
"I managed a bar in Greece where the drugs squad used to drink, the set up there allowed me to close the place and leave the bar locked up, the guys would just let themselves out and the alarm would come on by itself. There was a CCTV system which the cops didn't know about. My boss was worried about the cops breaking into the bar area, that never happened. But we had footage of them carrying each other out and driving home... Some countries are really bad.
She was a great girl Northsider!!!

Paramedic from Poland, told me that Polish girls really like the wit of the Irish boys, really, I am not kidding.
He is working on a project involving those shock things defibrillators they use in heart attack.
The shock must be delivered within 3 Min's of the heart attack.3/4 attacks per day in Dublin he reckons. 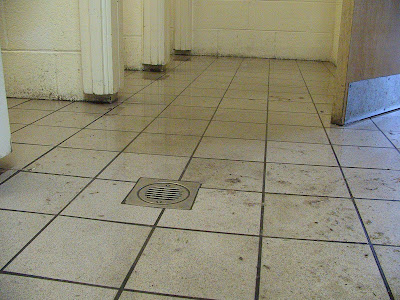 Its hard to believe that these photos were taken in 2009 of the new"state of the art" toilet which has to cater for hundreds of taxi drivers at Dublin airport.
The thing is that the drivers paid 3.4 million euro for the right to work at the airport and this is what they put up with!
Now don't say that the drivers wreck the toilets, they are not cleaned. When I drop off I often drive over to see things then I have to walk through a puddle to get the urine offf my shoes.

For the season that's in it. Here a message from George Carlin,he passed over very recently.
He would have made a great taxi driver. He had an opinion on everythiing.