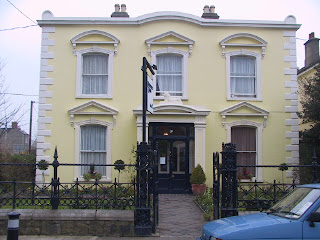 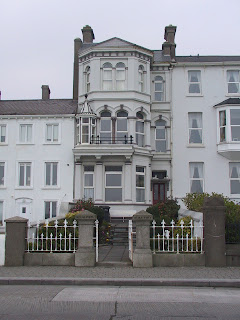 If you have read my blog before you will know that I am a great supporter of the Samaritans.
They will listen when you need to talk, they have helped many suicidal people.

This week saw the horror of a family suicide,2 small kids and their parents.
All the signs of problems were present, no positive action taken.
The papers are full of editorials.
If only and what if ?
The funerals took place today and the grandfather took his daughter and grandchildren back to Donegal ,why should they be buried with their killer?.
Perhaps now so close to election time proper social worker cover will be made available nationwide outside 5 day office hours as is the situation at present.

The mental hospitals have a lot to answer for too.

One of my workmates described seeing a woman on a cliff in Howth. He had pulled into the carpark it the summit in Howth, as he was dozing off when he was disturbed by a car door slamming.
He looked up to see her ghostly figure pass his car window in her nightdress.He approached her slowly and coaxed her back to his car, he gave her the rug from the boot and she cried and would not go to the police station or tell him where she lived.
There was a long story about abuse from he spouse who was a wealthy man, he was pushing her to kill herself..She was in a awful state.Later on he told me that it must have been the husband driving off that woke him.
So her darling husband had driven her there in her nightdress.
He talked to her( Jimmy has a way with people) and he got from her that she had been at a posh hospital in Stillorgan. Yes she would to go back there.
So he went there.

The person at the desk looked up her file and then said that there is nothing wrong with her, "we have discharged her, she is well".
Jimmy asked if they would take her back , just for the rest of the night, 4 AM.
No, came the reply.
Jimmy slept in the front while she slept in the back until 8.30 when he brought her in to reception wearing her nightdress.
Then he walked away in great pain from the cold.
Jimmy said we were stonewalled at every corner, those psychiatrists should be made liable for their missed diagnoses.

I know taxi drivers have many stories like that to tell.
Carry a card for the samaritans and don't be afraid to stick your neck out.


Now as Monty Python would say for something completely different.

I met 2 gentlemen from Kuwait last week. The first asked me for the Shelbourne hotel. This hotel has been fully refurbished and it has been so long since anyone asked me for it that I was allmost stumped.
Why are hotels so expensive in Dublin? Well this is one of the poshest in Dublin, Like the Savoy in London these places do not come cheap. We told me that his airline was having a conference in that hotel and that is why he chose it.
Well there you are, the airline will pick up the tab,enjoy it.
I got an insight into his country then.
The shopping malls open until 11 at night. The fantastic ski slope which means that you can go from 100/0 to freezing and have the most wonderful experience.

The second guy was much mote sociable.
He had 4 daughters and was retired so he had come to visit his daughter who studies dentistry in Dublin. He loves the people and how you are safe to jog in the morning. Another Daughter lives in the States but he finds the people there too intrusive and noisy.
His father had been a taxi driver for most of his life and he made good money.
Now both his father and himself were retired, so as he loved Ireland he was here to stay for a good stretch.
Then I mentioned the war and was reminded of the gratitude that the people of Kuwait owe to America. I had forgotten of the invasion by Iraq.
He lost 2 brothers at that time. I remember that the school term had ended and many young students went back home and did not return to Ireland when the new term began.

We presume they died too.

One other guy I met asked me to drive him to the nearest bank link machine then back to Clontarf Castle. On the way he told me he was a pilot and he and his crew had been stranded for 2 days because the baggage handlers had broken the door of his plane.
I told him that I couldn't think of anything nicer than a few days in a top hotel with a few beautiful air hostesses, all expenses paid. It is not the pleasure it would appear to be.
There is a lot of responsibility I have to insure everyone is at the airport at 5 am.
No drinking or drugs for me !
Posted by John at 3:17 PM