I was at the Blackpool 65th magic convention, which included the European FISM magic championships.
I am all magicked out just too much to see.
I met up with Franz Hirary the magician who is a man who believes that more is better.
He is a real gent and spoke to us about creation of effects for a big list of acts he produces special effects for Micheal Jackson thriller and then the list went on.
His magical venue in Macau which is fit to rival Las Vegas.
He is everywhere but a real down to earth person, not like some I could think of.
Look at this


When I came back I hit the ground running, back to work and now the big excitement of HailO changing to Mytaxi.
You invent a taxi app it becomes a success, others come along.
Then you accept an offer to take over and change the name.
I really think it is a change for the worse.


A poor old dirty junkie standing on James St the other day. I did a Uie and picked him up for Ballymun..Talking 19 to the dozen he was. A big man in a blue car gave him a very dirty look from the other lane..Look at big pig there he tried to pin a drugs haul on me last month. Useless fecker when me mate got shot all they wanted to know was if he had any "gear" on him,the lad that shot him took all the rings off his fingers and his watch and emptied his pockets. He had nothing left on any value.
They have no one in the frame, to them its just another one gone.
Yo know it is a very sad situation.
The only solution would be  to take out the main importers and strip their wealth away,but the cops are on the take, so it won't happen.
Then again these guys employ the very best legal teams.

If I had the answer to those problems I wouldn't be driving a taxi.

God but this woman was tense. Like an elastic band wound up so tight that she might snap.
En route she relaxed a bit and she told me of the pressure of work and her alcoholic husband who kept falling off the wagon, I told her about Robin Sharma and how he brings you around to thinking in a different way.
His book "The monk who sold his Ferrari" is very famous.
When she got out she promised to look him up on the internet.
Have a goo yourself. 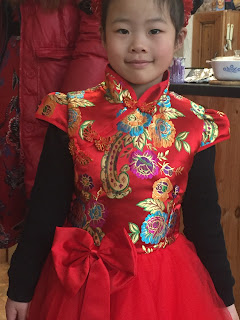 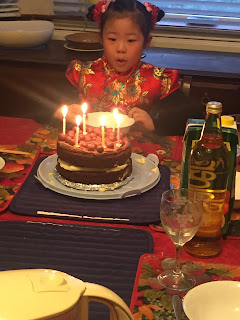 Well the Chinese new year has come and gone.
Its hard to get used to, I was writing a check yesterday and I had to tear it up.
I wrote down Monkey instead of Rooster.
My Chinese granddaughter is 6 now, no blood relation. I just keep adopting people.

I had a girl in the taxi the other day going from Dundrum to the airport.
She suggested the M50 but I said that its after 10am so the traffic will not be so bad the toll bridge and the tunnel is best. So off we went.
Arriving at the airport I turned off the meter and put in the €26 fare plus €10 for the tunnel and €1.75 for the bridge.
A text came soon after "you have overcharged me !!!"
So I corrected it and sent a text back
Her rep;y came back "The next time take the M50".

The big problem with motorways is that when something happens the motorway becomes a car park.
I did most of that journey today while on another job and it worked out at €65 on the motorway, I know it was Sunday rate but.
It would be great if you could do both journeys and then ask them which way they want to pay for.

I worked the airport for a while and a lady going to Blackrock wanted to go via the M50 and was adamant that that was the way to go, I showed her the map and said "trust me"
At journeys end the cost was 1/3 of what it usually cost her.
She was so disgusted that she didn't even give me a tip.

So its only a few short days until the Blackpool magic convention and so My new year will begin again. 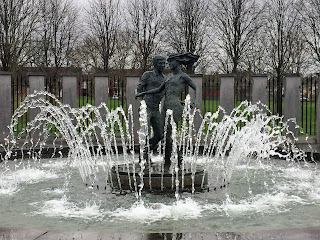 They dance surrounded by cool water it's the Stardust memorial
There is a pillar for everyone who died.

Last week it was neat and tidy, railings covered in sticky paint and the grass neatly cut.

At this time of the year around Coolock people remember the children who never came home.
A St.Valentines dance 1981 with 841 kids packed on the dance floor, a fire broke out and the fire doors were locked. 48 kids died and 214 were injured.

The owners got £3 million compensation and the injured and dead got nothing.
Injustice is a hard and bitter pill to swallow.

So in Blackpool one year I was in the lounge of a very popular hotel at midnight where I found the doors all locked shut, The fourth door at the far end of the lounge was open, I went out and I thought
"What if ?"
So when I came home I found the number of the local police station.
"No you have to ring XXXXXX XXXX"Came the constables reply.

I simply asked her name.

I told her about the Stardust disaster.

"I am ringing you from Ireland and you are the person with a post of responsibility.
Its not your job I know.
But it would be great for you that you did something today which saved 40 lives !
Think about it"

The next time I went there all the doors were unlocked.

My problem was that one of the assholes there might let off some kind of a flash effect which would cause a big panic.

Sting in the tale

More good news was in the Sunday Times about bankers jailed for fraud Click here
There was a program on the BBC about a small business that suffered at their hands and the fight they had to to fight be heard, It cost the bank £245 Million.
The bank wouldn't listen, or the police or the serious fraud office Etc Etc.
Great to have closure though.
In Ireland people spoke about Anglo Irish bank and Mr.Fitzpatrick its boss, I recall one protester was tod by a politician to take a gun and a bottle of whiskey and go to a dark room. (To kill himself)
Billions of debt were passed on to the Irish people, though prison sentences have been passed down the times are very lenient.

The last time I posted I wrote about overcrowding in Dublin.
A house in Cabinteely has just created a new city record.
70 people in one house Click here for more

We are turning into a nation of money pinching mean people for sure.

The more you try the luckier you get.

Now for something completely different.

Sting is on a world tour and tickets are not cheap.
In Argentina a ticket would cost you around an average months wage.
Then after the show you could have your photo take with Sting.
But he is not like Daniel O'Donnell.
He charges for the photos single photo, nearly a months wage a group 2 months wages.
He really doesn't need the money himself.
Perhaps its the roadies? who knows?

But its a cheap sucker punch to the fans.

Its a bit like concert tickets coming on sale for U2 for example and sold out in 3 minutes only to appear on websites at vastly inflated prices 10 minutes later.

Fields of gold indeed
Posted by John at 3:33 PM No comments: