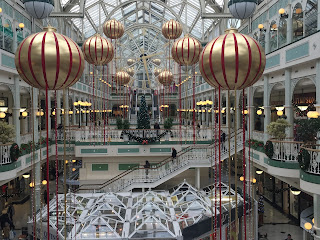 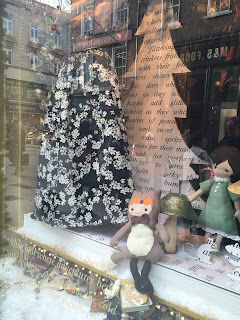 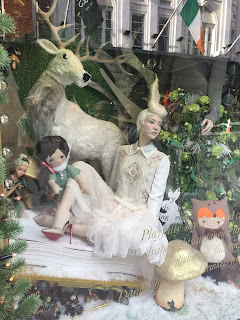 Sometimes things happen which has no bearing on reality.
The other day I was at a 4 star hotel which was moving well, the porter came out and we put the cases in the boot. "Take these people to the airport and the hotel will pay the bill"
I asked him to repeat it and he said "The hotel is paying, bring the receipt up to the desk and you will be paid when you come back "
So I went off and Tommy who had put the cases in the boot was on a break when I came back and I missed him for the rest of the day. The next day I presented my bill again and I got a very nasty surprise.
"No we would never pay a guests taxi fare" No way was I going to be paid..€35.00!
Now to say I was a bit shocked would be putting it mildly.
I spoke to around 5 people and "Tommy"couldn't remember when he was phoned on his day off.
Two junior managers fobbed me off.
You would need to get something like that in writing one of them said.

I saw a senior manager and told him of my plight.

"No we would never pay a guests taxi fare"
"But there was another taxi driver beside me when the porter spoke to me" I said.

The matter was investigated and though they had no liability in law they said they would pay me as a good will gesture.
So perhaps without my witness the hotel was trying to screw me.

A porter at that same hotel once asked me to bring a customer to the airport a journey of approx €25.00. Don't start the meter if he asks you just say that its on the hotel bill. There is €30.00 in it for you and €20 for me.
I refused and put in a receipt for €21 and the porter told me that I would never get another good job from his hotel.
Anyhow I picked up a really interesting guy today going to an airport hotel and I told him my story.
I came here one day early, so I stayed in this hotel.
I usually stay at the Carlton and I have a meting there now.
I believe your story and at best they are incompetent and at worse dishonest.
He was wearing high end clothes and suitcase were Louis Vuitton. He knew of all the tricks used in this life by scam artists and crooks and I was telling him that a friend of mine had locked herself out of her car.
He had done the same and a taxi had to drive 400 Kms from his office in Luxembourg with the spare key.
I said use a courier next time.
When we arrived at the hotel I had to validate my parking and as we walked into reception a Pilot in full uniform approached us. "Good morning Robert here are the flight plans.
I will see you after the meeting."

During the trip I had told him about this urban legend that I once herd.

Key locked in the car...Spare key at home.

Get the person at home to find the key and hold it up to their fone.

Then put your fone on speaker and ask them to press the unlock button.

Anyhow life is full of small battles and big victories.


Cabs are for kissing is a great blog written by a New York taxi driver,
His book is now published on Kindle.


What kind of religion is Islam?

She was put to death for dishonoring her family

A sad week for Paris

Thinking back to the Paris terrorist attack it would be wrong of me not to comment publicly.

What an awful thing to happen, so many innocent beautiful people cut down in their prime.

May God comfort the injured and bring peace to the bereaved and comfort to the left behind.
They may find peace in the knowledge that the departed are in a place where there is no pain.
As for he the terrorists there is no hell bad enough for them.


There was a "Freedom fighter" in my taxi a few years ago called Sam, he had written a book a few years ago called "Soldier for a Summer". There was also a video made by French TV about his campaign against Gadaffi in Libya which won an award.
He explained to me how Gadaffi controlled terrorism around the world, how he trained supplied explosives and arms to the IRA and many other terror groups and how his intelligence service would hunt down his enemies around the world.
There is no doubt in my mind that what he was trying to do was just the right thing to do at that time.

Then a British soldier who had served in Iran and Iraq told me that the problem over there is bigger than you might think on many levels. It is a tribal country and like in the ancient fables if you cut the head off the dragon it just grows 2 more heads.
Meaning that the big leaders were just keeping all the different factions at bay,
"When you take one leader out there is total chaos"

And so it happened.

Islam means peace but like many religions it has more than a fair share of evil prophets who preach their evil gospel  from the Mosque they take young minds twist their logic until they are prepared to die for the cause.I don't know how they do it but there are training camps in Pakistan and Syria where they are trained to hate and to die.
There is a huge Arabic ghetto on the outskirts of Paris, one commentator spoke on the
radio of how unemployment and lack of opportunity leads the young Arab people onto the path to hell.
The British government have a great intelligence service, its the only good way to beat them.

But the won't stop me from going to London, Paris or anywhere else.

Below is Sam from Dublin 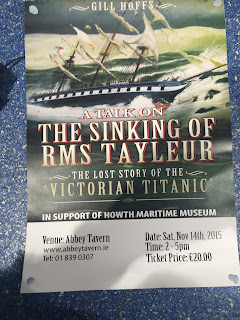 I was in Howth Harbor the other day buying fish in Nickys Plaice when I saw this poster.

The talk is on tomorrow and the ship was the White Star shipping lines first "Titanic"
She sank on her maiden voyage and out of 650 passengers only 290 survived.
Howth is hoping to open a maritime museum soon.

Well the temperature has dropped and they say it will be 2c tonight.
Posted by John at 1:55 PM No comments:

Christmas cactus is in bloom 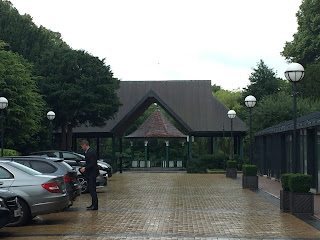 This is the entrance to Herbert park from the Herbert hotel 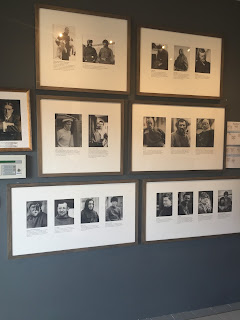 Part of history is Walter Scotts voyage to Antartica and Tom Crean from Kerry.
The exhibition is at the ferry terminal building in DunLaoighre. 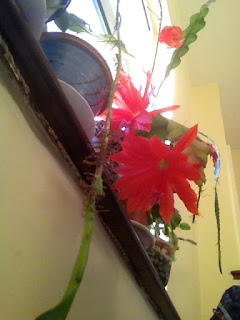 Christmas is coming as the first flowers has arrived on my Christmas cactus.

Well the Web Summit has gone away, off to Portugal for the next 3 years.
There was many words spoken on both sides about its departure, each side was saying it was the other sides fault.But €20 for a bottle of water and a hamburger caused a few raised eyebrows.
Also they asked a few celebs to MC some of the gigs and they stated that there would be "No fee"for the job.

As for work, there was jobs in the morning with people going there, but you couldn't get near the place in the evening. Hailo was encouraging us to turn on the app. But why would you drive past 50 customers just to pick up someone who had called you on HailO and then give them a 12% discount on the fare?.
They could have done more by streaming the taxis in and out of the venue.

There was a lot of bullshitters there for sure. You could hear them in the back of the taxi setting up "Complex deals"
If they really were able to take over Google or Microsoft they wouldn't be talking strategy openly in a taxi.
It would be something like. "Mike I have one! I am texting the name, usual plan of attack."

Taxi drivers have heard it all. I was not impressed.

One guy who said he would never go again said that it a great place to meet 2 or 3 people and avoid the rest, he had his own company. The really important ones are the quietest

Really rich people are strange anyhow.
I knew a guy who bought the debts of a hotel in London just to sack the receptionist and manager.
A hard man to beat for sure.
But he hates paying tax he is worth around €25 million..
He detests living in Monaco but he won't pay Irish taxes so he can't live over here..Poor man.
I told him to grow up and give it to a hospice and come home to live among his pals.

"Its easy for you to say that, you have no money"

I still think I get more enjoyment out of life than him.

Stop press  Uber pop may be coming to town

That means that Mr.Brown driving his car might get a call on his Uber app and be able to pick up miss Jones who is going his way.
Uber says that Mr.Brown is sound but I know he is a rapist and a very violent person. Uber says that they checked him out, but I don't know about that.
They also say they will cover him for public liability in case his passenger gets injured in a crash.
I was checked out by the Garda a long time ago. 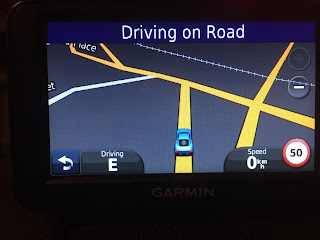 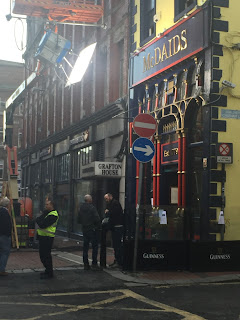 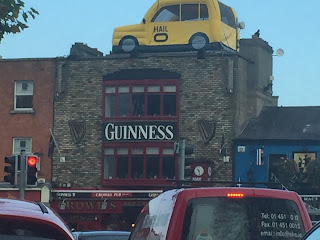 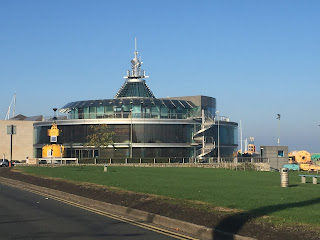