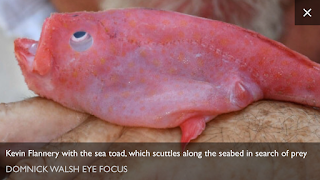 I will have to go back to computer school..
My photos won't copy and paste like they used to.
I have a lot more computer problems that we won't go into here.

The Dublin horse show starts on the 8th of August for a week.
It is a huge event click here

I went to the boat, it was busy busy and got a €41 run to Clondalkin with a mother and 3 kids.
Can you imagine getting up at 6.30 am and going by train and boat to Ireland arriving at 6.30pm with a chorus of
"Are we nearly there yet?"All the way over.
It was mental, the last leg was completed.
The house we came to was a drug dealers den for sure. Gangsters all over the place.
You should have seen them, they were something else.
not only did they pay but there was a €3 tip.
I wish I could show you the footage from the dash cam... but that would not be be PC.
The 3 children were really bright intelligent kids, but attached to this family they will not blossom and grow like they could do in a good normal home.

The Police have to be good people.
True?
Well you would hope so.
But if they were corrupt and a whistle blower came forward.?
What then?
Why they would truly kick that person all the way to hell.

We here in Ireland have been fed the results of inquiries and tribunals into Garda corruption.
The next chapter which opens up in the next few days is about Garda working with a drug gang in the midlands.
It will even goes to show that the Garda transported and sold drugs...WOW

Latest news on the UK law and order scene is a big expose is about to hit the headlines about corruption at the highest level.
So sit back and wait for the bang,

Its Tuesday, but not for long

Sorry there is no photos, computer problems.
I guess you will have to come to Dublin to see it for yourself/

Things are good.
I have renewed my licence for another year, so the paper hunt is over until next year.
I bought a Kindle fire a few years ago,it is a fantastic piece of kit.
It holds up to 600 books!
Then when they find out what you are interested in they funnel books towards you.
So it was that 4 books came to my attention one called  Please let me go a story about a 14 year old who was trafficked and sold to hundreds of men for sex.
Now I have a hard time with the Garda and how they don't deal with this problem.
I have had 4 instances of children and adults being transported in a drugged state.
My suspicions were never enough.
We need proof in order to act.
Still if I saw a 3 year old child running down the road alone I would have no hesitation in grabbing that child into my taxi..As if I would need proof that the child was in danger.

In one case a few years ago the Operation Quest could not find St.Johns Rd in Sandymount after 2 days searching !

Anyhoo as they say in Canada I will read the book and perhaps find some insight into the situation.
There is  website called Stop the traffik which I support on the right hand side of this blog, have a look see for yourself.

I met a right headbanger the other day on Annsley Rd She was going to the medical center in Smithfield.
Turn right here
Theres no right turn there.
Which way are you going then?
Straight ahead turn right into Buckingham street into Parnell St, if the traffic is heavy I will go up Hill St on to Dorset St
No No No
OK I said you show me the way I should go then?.
Stop the taxi !
How the hell are you driving a taxi if you don't know where you are going?
She slammed the door so hard it was like an explosion....Lucky me
She got into another taxi 2 cars behind me and no other taxi or bus came down that bus lane for 15 minutes or more.
I know she is not well.
But that is part of taxi life.
Everyone else was normal !!
Posted by John at 3:17 PM 3 comments:

I have been rushing around like a blue arsed fly
Or a dog chasing his tail.
Buzzing around and going nowhere.
My public service vehicle licence is due for renewal
I must have a recent car test cert.
Insurance, tax and an income tax clearance cert.
If I decided to buy a rickshaw I would not any of that PLUS
I would not need a meter and charge what I want to get and declare nothing to the revenue.
It makes a fool out of me having to jump through hoops.

So onward and upwards.
Two things almost back to back.
I got a lift back to the city from the airport
A young middle class American couple going to the Shelbourne hotel a 4 star place.
I told them what to see and where to go. I gave them a city map and offered other suggestions
He paid me and had his had out for his 2 euro change

Not long after that a woman going to the Crumlin Childrens hospital got in.
Her grandson was on life support in the hospital 15 years old.
I wont bore you with the details, but when she was getting out she gave me a
5euro tip. I really did not want to take it but I will put it into a collection box.
The poor woman going to say goodbye to her grandson

People are so different for sure

I usually remember the 4 th of July. But it slipped my mind.
You see for us it is just another day,
So her is something to make up for my omission