An American lady was ringing her husband on Grafton St
"I am a bit lost honey I am standing beside a statue of Michael Jackson on Grafton St,"

So here I am with a very tidy wife.
You go out and when you come back everything has been put away.
Where it goes is a mystery but my bank cards and credit cards have gone...
I need to make a payment to someone of around €6,000 but my card is gone!!!!!
So I should have got an office for sure.
The Garda commissioner has lost her fone too, there are investigations into her telephone activity but the fone is gone..
If you find it
HIDE IT.

Cruise ships are arriving into Dublin port every day, some with as many as 5,000 passengers.
It is rip off central at the port with some guys scamming the visitors.
I reckon that there is enough honest work around on the streets.
Some guys work the airport where they rob as well.
Why would anyone scam someone like that?
It only kills the business for everyone.

Go to New York and it is a fixed fare to Manhattan.
In Athens and Manchester you pay for your taxi in an office and you give the voucher to the driver.
Why?
To make the driver honest.

BA had a huge computer melt down last weekend and I had a wonderful Japanese girl going to London then to Tokyo, I really hope she made it.
If you are stuck in Dublin, be quick....Jump on the high speed ferry.. then by train to London.
In many cases quicker than a plane to make that connection,

HailO has now become Mytaxi which is owned by Mercedes Benz,
Its like they promised us a super duper service and gave us a 1960's Skoda

Really its not working, for drivers or passengers. Very sad indeed

This is far far worse.
A young girl was neglected in her home. Her mother was alcoholic and would abandon the house for days, locking her daughter in her room.
She was rescued by a neighbor and brought to the attention of the powers that be.

It was alleged that she was being sexually abused by 6 men..(A child)
Garda interrogated her without a psychiatrist or child care worker being present.

How could a child answer questions from Garda who themselves had not been trained in child care .

The court case collapsed and they walked..
If it was only in my world this would not happen.

On a lighter note here is Philo.
They are making a film about his life.

Be careful for what you wish. 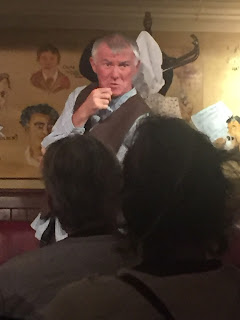 To celebrate our birthdays my wife and I went for an Italian meal and then to a performance of "Strolling through Ulysses"
In the cellar of the Stags Head pub. (Every Sunday 1.30 and 5.30)
Its really good one man show if you have ever tried to read the book.

Sometimes you wish
That things would be better
That it might stop raining
That you might win the €115.million on the Euromillions draw.
Then you see something that makes you thank God that things are as it is at present.

I have a friend who is Muslim and she says to me "Be careful for what you wish for John, you are the happiest person I know. If Allah gave you the lottery. The devil would take away all your happiness.
For every moment of happiness their is a equal moment of pain"

Some friend she is !

This morning I stopped to pick up a young French girl with a walking stick.
God but she was on her last legs, fighting not to go into a wheelchair and very delicate.
Her limbs had splints on which I presume were to prevent her bones from snapping.
On arrived at her stop I told her to stay where she was so that I could help her out.
She stood up and as I closed the door she nearly fell right over on to her back.
But I had her and I walked her to her front door.
Guys if you saw her,such a wonderful gentle and beautiful person.

Why don't the scumbags and pedophiles of this world get sick?

This world has no logic or justice for sure.

It would be great to have the ability to change it all.
as the guy said "To change the world you start in your own corner and work outwards,"

This weekend we had Africa day, where the country's which make up the continent get together to show Ireland their richness of culture.
Then we had "The battle of the bay" on Dollymount strand, all kinds of kite surfing, volleyball and loads of other beach activities.

Boys and girls on Hailo, the world has shifted and we are now Mytaxi!!!!!

Something which was great has been replaced by something much much worse.

They are spending hundreds of thousands to say that HailO is now Mytaxi
Yet for the drivers it is crap and for the public it is also crap.
You can't order a 6 seater cab, you don't know if there are many free cabs around before you order one, the drivers are being offered a job as far as 12 Kms away !
Then when you take a job other jobs keep coming in.
When that job is finished and you you are on and log off they tell you that they have suspended you from duty as you have refused too many jobs.

Worst thing of all is that there is no one to listen, "send in an Email" and when you do no one listens to you, or you get a standard reply 2 weeks later.

So my friends there other apps and we will scour the streets before we pay 12%of our money to keep the deaf giant alive.

A fan of the blog was in the taxi the other day.
You are Dublintaxi blog !!!!!!!
"Why didn't you come to the Blog Awards?" He implied that I had won a prize.
Well for myself it is only a way of letting off steam, I don't do awards..
Posted by John at 2:54 PM No comments:

Hate is such an evil thing.
Strapping a bomb to your child and sending them into a crowded market to maim and kill other people is so evil that it is outside understanding.

Yet not long ago our IRA were bombing innocent people on the British mainland.

Killing innocent children is the lowest of the low.
My God this is not right on any level.

A few weeks ago a woman was spotted walking naked through the streets of Dublin.
Click here to read more and then have a think.
A woman having a complete mental breakdown, CCTV footage collected by the police put up on social media. I understand that she was beaten and assaulted as she was being taken away.
She was sectioned and had mental as well as addiction problems.
Guess what ?
That footage of her arrest was put up as well.

Have people lost all sense of what is right or completely wrong?.

The poor girl was sectioned under the mental health act and killed herself a few days later after her release.
They said that she was so disturbed that they could not deal with her case.
Wow...That is really bad news.

Police need more training in how to deal with mental health issues.
Properly trained negotiators need to be around and available to help the people who are standing on the ledge.
Posted by John at 2:24 PM No comments: 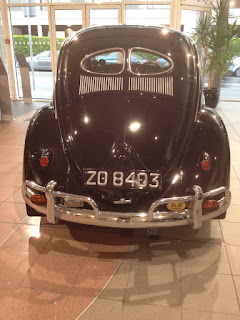 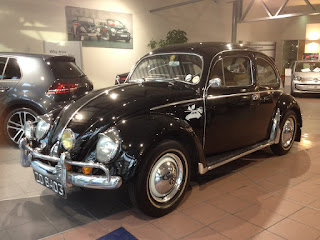 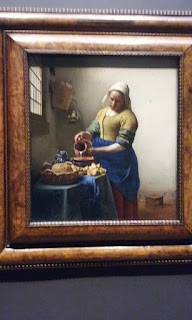 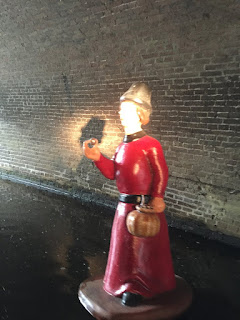 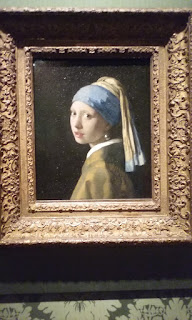 A really old Volks and Holland


This morning the traffic was very bad, so bad that I gave up and came home.
Prince Charles and Camilla are in Dublin,the weather is great for it too.

There used to be  joke that Britain would join the €uro when Charles would be king
Which would be never.

Last Sunday I went from Northwood near the airport with a 2 Saudi men and kids to Dublin Zoo.
When we arrived there I said to my passenger "Say hello to my relations in there"
Do you mean the monkeys? he said.
"If a cleric overheard you saying that in my country you would be executed by sword"
Lucky I didn't ask him if he was visiting his own relatives.
Saudi Arabia is ruled by a very strict clerical sect.
A woman can be arrested for driving a car, you are stoned to death for committing adultery.
Two Dublin woman talking at the bus stop.

"Did ya hear that you can be stoned to death for committing adultery?"

"Be Jeasus  if they brought that in here we'd run out of stones,"

Bob Dylan is here tonight so business is good.
Posted by John at 12:09 PM No comments:

This weekend thousands of people will run from the darkness into the light.
Have a click here and join them.
Suaside  is a waste of a life for sure.
If the person who killed themselves reflected for an instant how it would effect the ones left behind they would never ever end their own flives.

On a lighter note if you are killing yourself you are probably killing the wrong person.

A friend comes to you with the books and CDs he borrowed..A big danger sign..
A fone call from someone about how sorry they were that they were so bad to you.
They are saying goodby. Don't miss it.

You have to embrace the person on the ledge.
"Things will get better, just talk to me for a few minutes"

I often think of an American man who killed himself in Blancerstown after getting out of my taxi.
He had lost his job and was adrift, I didn't see the danger.
A guy who once implored me to go for lunch with him because he wanted to say goodby.
He killed himself an hour later. A beautiful wife a fantastic job,the world at his feet.
I found out about his death two weeks later.
It transpired that he admired my own free spirit, I would go my own way and tell the rest to fuck off.

His death woke me up to the simple signs I now listen out for danger.
He was a really great person, wouldn't hurt a fly.

So boys and girls.
Listen out for clues.
Daddy I want to tell you something.
John can you help me with something?
Jim would you like to walk the dog with me?

Little things can mean a lot
Posted by John at 3:21 PM No comments:

I took last May day off to attend a magic convention in Dundalk Co.Louth Marc Paul was the main guest.
Remember this
"The only way to have more fun than through magic is to take your clothes off"

We nearly lost Dublins most iconic taxi driver to Bowell cancer a few weeks ago.
After an operation and a few weeks rest he is now back in the saddle.
This video was made in  2009 and they say that he was 76 then, so if I am correct he is now 94 !!!
One of the girls in the video has the most fantastic laugh.

Jonny works like no other person to make the taxi drivers special day out the success that it is.


ts time for an ad break