Look at the stats, we are a hit in the Netherlands now
Fairly big in Russia as well
I wonder where the Unknown Region is?


When you drive a taxi in Dublin it is like going through the united nations, every nationality under the sun for sure. It is very hard to believe how insular we were.
2 black men i Dublin Paul McGrath the footballer and Phil Lynott the rock star.
God some of those Polish, Russian and Lithuanian girls are so striking.
A psychologist told me that my genes are telling me that this persons genes are far removed from yours and this is what attracts you to them.
The bonus for you is that it works both ways.
I reckon in 30 years when we intermarry our grandchildren will be better looking than the Brazilians.

I saw the results of my sons taxi driving test.
He did really well, he got a few 100% but failed in a few modules.
So on the 2nd of the next month he can re sit what he failed then he will head for the high road.
The taxi drivers motto "I go that extra mile"

On Thursdays we drive up to Northern Ireland to visit the grandchildren, a 2 hour drive up and funny to say its 2 hours back down again.
We take a break at Applegreen service area in Castlebellingham  going up and down.
Once when we were coming home we pulled in and as we came onto the first roundabout a truck came thundering along and nearly wiped us out. I went up on the grass and the truck headed off going around the roundabout the wrong way..
I wrote a letter to Applegreen and the next time I went up I was introduced to the manager who gave me a free coffee. He said that the signage was designed by the NTA and he felt that everything was OK.
The next time we went there I noticed that a truck had crashed into a lamp while going out the wrong way.
So there are none so blind as those who will not see.
So I wrote another letter back in March and said fuck it !.
I found the letter and sent it off the other day.

A guy who was in school with me became a radio officer and one day he noticed a ship heading out to sea with its bow doors open, he used the emergency channel to alert the crew.
He spotted it again on a later day and they closed the doors.
They were leaving the bow doors open to clear fumes from the car decks, but there was no system in place for closing them.
Then one night as they sailed out with the bow doors open the wash from a ship going the opposite way just flooded the car deck and the ship went down.
The ship was called The Herald of free enterprise.
All the warnings were recorded on the emergency channel.
Its a bit like this situation.

A lot of my friends say "Just leave it"

Sorry I am not like that,I would always help people if I can

I have come across this happening three times, each time the police let down the girls.

This is one of many books in that section which deals with modern day slavery.
She was a well brought up kid just snatched off the streets of London and beaten and starved.
Then she was forced to work as a sex slave in Galway, Dublin,Cork and Belfast.

Getting no money for her misery, but abuse and beatings.

Then when she escaped she helped to bring in the toughest anti-trafficking laws to Northern Ireland.

Almost at the very end something is revealed that will make you very angry.

My wife says"This is all bad news and misery"

I say "Life is not all ice cream and circuses"

Anyhow now I have that off my chest,

Another day another Dollar


Well my son is doing the knowledge and he sat the test.
He passed the industry knowledge part but failed on the maps section.
Good news is that he can just re-sit the part he failed.
Then he has to be checked out by the Garda vetting system.

So since I came back from Spain I have not been doing much, sometimes when you have a holiday you need another.
They have a huge Mosque in Cordoba, it really is fantastic, the people who built it were great engineers and they brought irrigation to the area and they grow a huge variety of fruits, cotton , figs, lemons and oranges to mention a few.
One kid said it just right inside the Mosque.
"Mom I don't believe it! This place is bigger than IKEA!"   (that is big)

One very pretty passenger jumped into the taxi at Connelly going to Heuston, will I make the 10 O'clock train to Cork? Well there is something very bad going on at Burgh quay and O'Connell St.
Stopped for such a long time. "What do you work at?" It turned out she is a chef and was going to Cork to make a TV program, we didn't make it at all ,but she was really good about it.

When you are nice to people they are often nice to you.

So Britain is leaving the EU ?

Not long until Brexit 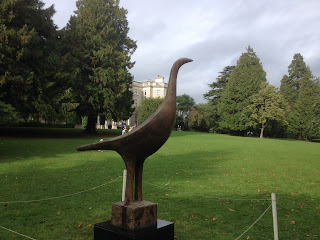 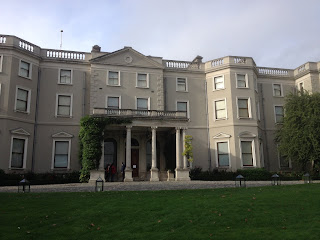 So I am a week back from the big wedding in Spain and I feel like I need another holiday.
On the streets the traffic is bad, with the schools back and the law courts coming back into action.
I have paid my income tax so I should be at peace.
But shit happens.
I hit a cyclist this evening, he broke the lights my passengers told him so and a car coming the opposite way told him as well. Then he tried to arrest me. My female passenger got upset so I drove away as he was uninjured. He chased me and I said that I would go to the police and they would sort it out.
Coming back from the airport I went to Clontarf Garda station and there he was giving out yards.
Rather than have a shouting match at the desk I waited outside until I was called in to tell my side of the story. I jusr said that my dashcam would show who was in the wrong. Gradually he calmed down.
Then a shake of hands, after a few minutes he started raving again.

I hope he has cooled down by now.

But in many cases they develop blinding headaches and back problems when compensation enters their minds.

Where are the photos John?
My computer won't upload them !

I  look after a house and the next door neighbor rang me to say that there was water flowing out the overflow into the back garden.
So I went home and got my stepladder and torch.
Plumbers who have brains are few and far between.
In the attic there is a cold water tank. It fills the toilet and the shower, its a reserve tank.
The expansion tank works off the central heating.
This can be placed on top of the cold water tank.
But.
You have to allow that if the cold water tank expands when it is full of water, so you have to put stop pieces on the expansion tank support. But no, the support fell into the cold water tank, and the glass fiber insulation went into the tank.I turned off the water and lifted the expansion tank, then I turned the water back on.
2 hours later the tenant rang . "No water in toilet"
So time passed and I located the blockage, no more time for taxi work.
But you know if the expansion tank landed on the ballcock and the insulation blocked the overflow.
What a disaster that would have been.

When you travel buy a travel book. €10 or €12, but it saves you acres of heartache.
I live in Dublin and the "Rough Guide  to Dublin" educated me, it really did.
We went to Spain with the rough guide to Andalusia.

We went to Nerja to a wedding, then we went to Cordoba then to Granada.
You know what?
The Spanish have some great towns.
Perhaps a bit too warm, then when we came home it was freezing.

If driving is your source of income it is important to have your taxi in good working order when you leave .
I put a solar battery charger in the taxi before I left,
Guess what?
The battery was completely dead.
After trying a few things I got it started.
But the meter is dead !
the clock has lost its bearings so I must go to have it reset.

We have a storm heading in tomorrow and they are arranging sand bags along the Clontarf seafront.
Years ago we were in Sicly and the restaurant owner told us that his daughter had moved to Dublin, he missed her so much. What part of Dublin do you live in? he asked.
Clontarf, we said.
The next day he came over.
"I looked on Google earth at Clontarf " What are all the yellow sand bags for?
Are you expecting an invasion?

They are still here
Posted by John at 2:52 PM No comments: