I took the morning off, did other ING things things.
Shopping, washing, cleaning and thinking.
€300 will not go that far at this moment in time.

It should bring some action to town.
I do find that it is just one mad rush, traffic moving at 1/2 walking pace and you can only do one job at a time.
Still win loose or draw it will waken up the town.

Do you notice the brighter evenings?
Spring has sprung. 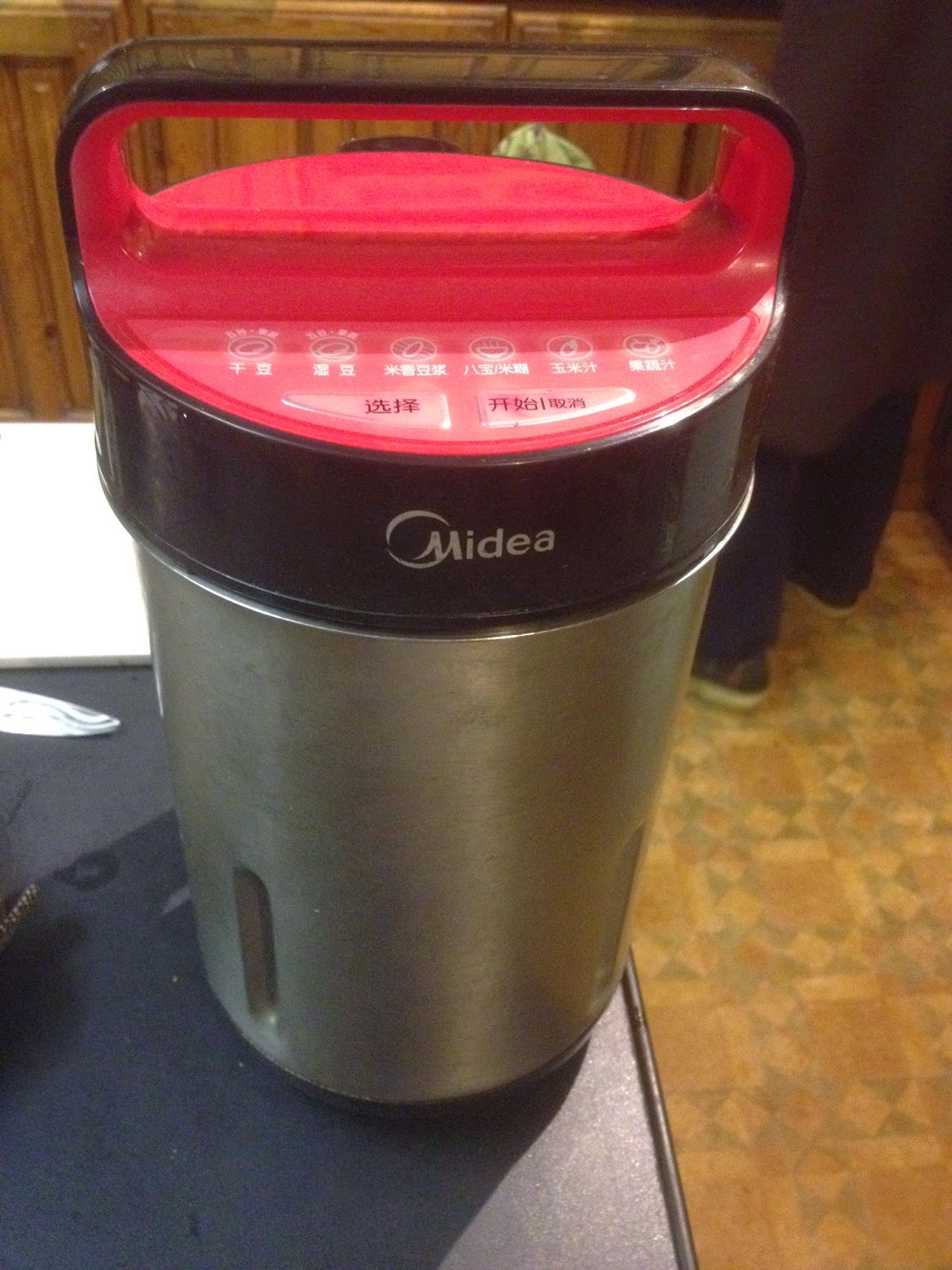 What is this?
Well it is like a kettle with no spout and a whisking blade inside.
It makes1 1/2 liters of soya milk for 20cent! A present from my Chinese friends Judy and Euron 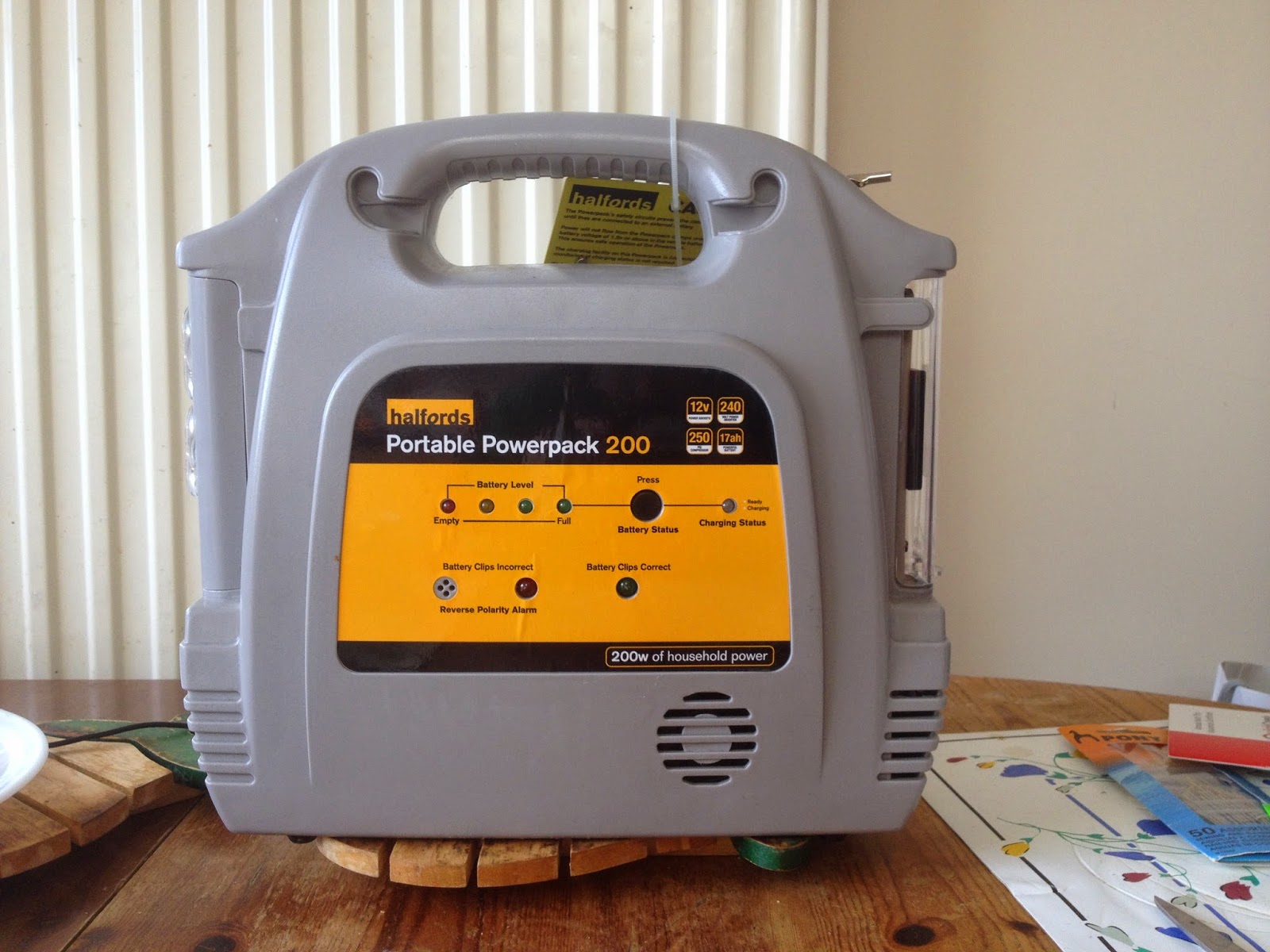 It came from Halfords and was reduced from e120 to e80, I thought it was a bit dear.
Then the guy said it had been reduced even further, I thought to myself that my taxi is sitting there with a flat battery,  doing nothing. I might as well buy it.
I looked at the receipt later e 35!!!!!!!!!!!!!!!!

What does it do?
Well it jump starts a car up to 2000 cc.
It has a compressor to blow up your tyres up to 250 psi
It has a 17ah battery
It has a12V socket,
It has a 2A usb charging socket for your fone or Ipod
2 led lights for changing a wheel for example
It also has a 220V inverter to power your computer for example

Just to say the other day a very dark eyed Italian girl got into the taxi,she had such a great personality.
She spoke English,Italian,French and Spanish  and was working for Irish Ferries.

During the trip I told her that I was working on a book to be published on Kindle soon.

She said that her mother had written 2 books but was afraid to publish them.
Perhaps she is afraid of rejection.
Wow, think if the books were published when she was dead!
Her daughter said that the books are really good, that is really so sad.
To be standing on the edge frozen in fear.

Wow! Boys and girls,while you worked and enjoyed the Chinese new year I went off to Blackpool magicians festival 2015. Its the biggest of its kind in the world and in fact it is fascinating to see it all in one place. There would be around 100 magic dealers selling books, DVD's,cards and even large illusions which go for £ thousands. Then they have lectures and 3 magic shows covering every aspect in magic.
The final show was Korean magic, plenty of flashes and scarves,balls,doves and small umbrellas appearing and vanishing. When it is all over the long trek home again brings you through Manchester as Blackpool's airport is now closed.

So back to work where I got my first "runner".
I should have known better, but you have to give a level of trust in order to move forward.
She was a 15 year Roma Gypsy from Sutton to Phibsboro €24. Not a short run. But I grabbed her bag and held on to it, the question is.
Do you waste time by going to to the Garda station? Some waste of time that would be.
Or do you chalk it down to experience?

I asked a Garda to stop her as she walked past him,all he said was I should make a statement.
Anyhow I still have to go back to Howth to buy my fish tomorrow.

All the rest of the people were fantastic, but it is funny how you can allow a runner to sour your whole day.

The other day I had a very clever girl in the car. She has a masters degree, speaks 8 languages and she can't get a job..
With all this, Where do you go ? 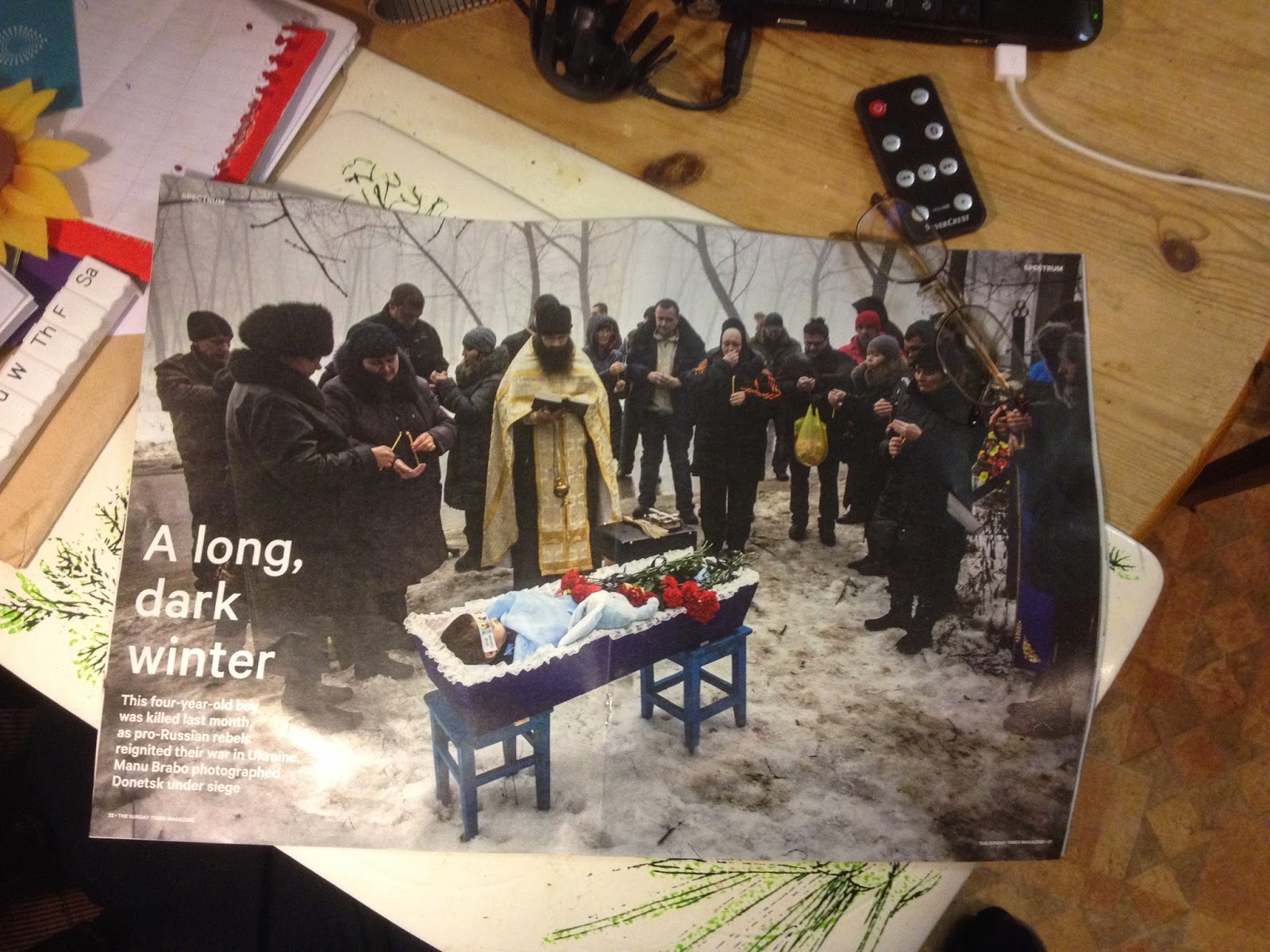 Sometimes you see something....THEN MANY PEOPLE START TO TALK ABOUT IT.

In the Sunday Times magazine there was an article about the burial of a 4 year old boy killed in Ukraine by pro-Russian rebels.
Lying in an open coffin his parents and neighbors are beside themselves in grief.

CAN ANYTHING JUSTIFY THESE WARS ?

On the other hand a show is coming to the Bord Gas theater called Stomp Its like the Blue man group
But its not....

The Prophets are Weeping

Our president Michael D. Higgins is a poet.

Here is something to think about. 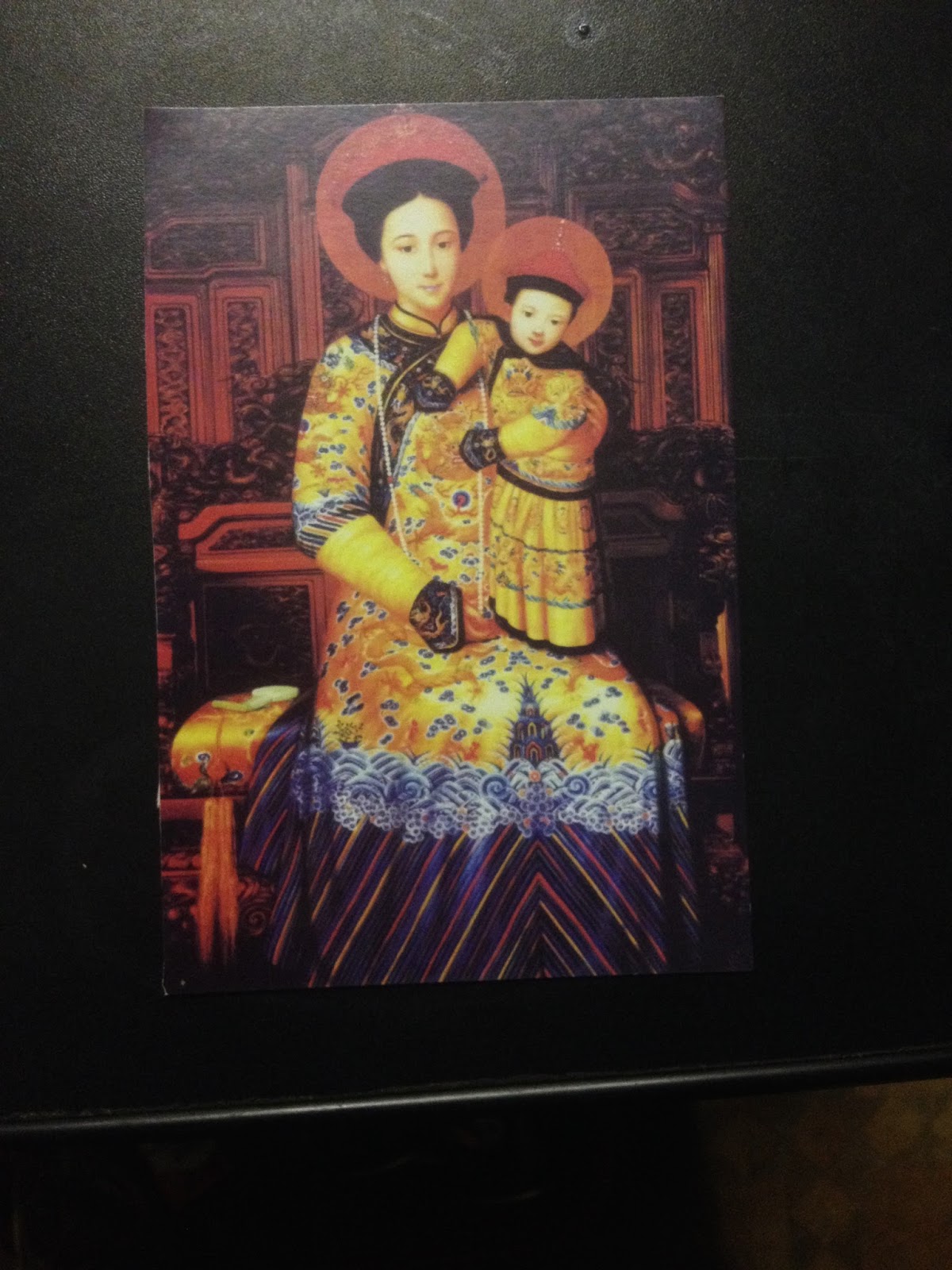 Our lady of China 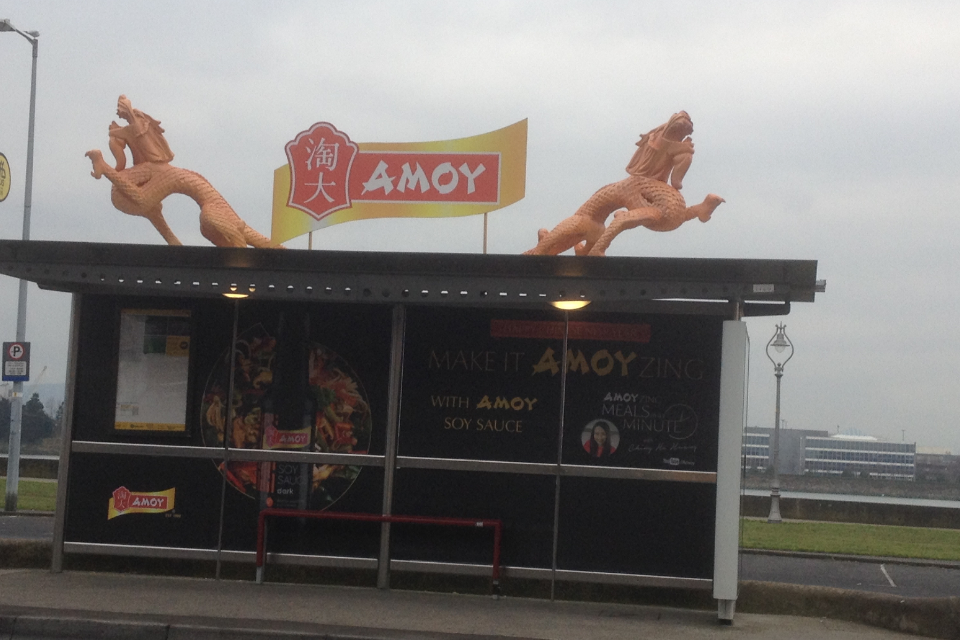 Yes folks it will become the year of the sheep on the 19th.
Dublin celebrates the event  on this website click here
On Sunday 22nd 12pm-5pm there will be dancing Dragons and perhaps a Sheep or two

But did you know that a relic of St Valentine lies in the church on Auinger St.
There is a book there where you can write your wishes

It has gone late so I will top up tomorrow
Posted by John at 4:29 PM No comments:

Yesterday I wrote a bit with photos and when I pressed publish it all vanished without trace.

Did it all go into the twilight zone?? who knows.

I will try again tomorrow.
Posted by John at 6:26 AM No comments:

70 YEARS AGO SINCE AUSCHWITZ WAS LIBERATED.

Whenever we think of horror our minds turn to war.
After Auschwitz was liberated the allies rounded up the local town people and marched them through the death camps. "We didn't know" was their response.
The children of the local population were spared the horror.
It did have a profound effect on the local people and indeed the entire world.
I had a passenger whose father rounded up the locals on that day, he described it to me like as if he had been there himself, the smell stayed with his father for years.

"This must never happen again"
Was the cry, yet today thousands of displaced people are in Jordan and the Lebanon,thousands are dying of starvation around the world.

Did you know that there are more slaves in the world today than there was at the height of the slave trade?

The world is still in a bad place and to change it you must start in your own corner.
Posted by John at 5:19 AM 1 comment: