Heading for my first official million.. 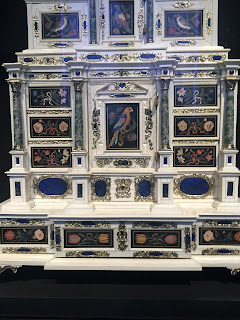 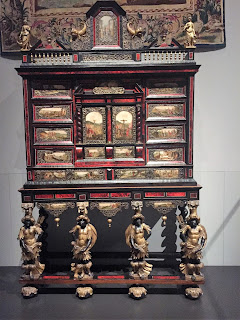 Take a look at these cabinets   Fantastic 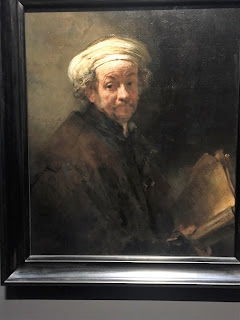 We are out of the European cup, well in reality we never could have beaten France who are favorites to win..
Well it was a hell of a distraction if nothing else.

Well what about brexit !!!!Britain leaving the EU?

No one expected it but everyone thought that all the ills of the world came from Brussels.
Now the British parliament will have to take the blame.

Britain never went into Europe with an open heart, they didn't go metric, they didn't join the €uro.
But the did follow us into the Millennium,
With reservations.

Instead they stood back and didn't come to the top table.
Everything that was wrong was the fault of the EU,
the ship building going,
the mines closing,
all this was the fault of Brussels..
So they folks voted NO !

Where are we now?

Up shit creek without a paddle as far as I can see,

But we trade one Billion € every week with Britain (Click it) more than Brazil, China,India and 2 other countries combined..

And people think we hate each other ?

So time passes and now I am coming up to the Millionth hit on the blog !!!!!!!!!!!!!
My son says I had more than that as I didn't have a stat counter from the beginning and the old counter didn't count hits from mobile fones etc..

You know driving a taxi in Dublin places you in the center of the world.
People from every country step in.
If you like people it is great.
One day I will jot down how many nations visit me in one week!
It is really amazing.
Every country from Norway to an Amazonian Indian have been in my taxi. The Amazonian lady was really tiny and so really wonderful.
The Eskimos from Canada were so good as well.

But if you are not a people person this job of driving a taxi is not for you.

The joy I have had from meeting the people has been immense.

The difference between the people has been spectacular.

Some people even changed my life for the better.
I will not let the bad ones drag me down.

Yesterday I was hijacked while going home.

The mother had collected her son from Mountjoy prison after being locked up for 3 long years.
He was really elated talked non stop.
The guy spoke of another poor lad who was beaten to death while he was in prison,he spoke over and over about the guy who was killed.
"He was a kinda simple gentle lad. They just put him in with the wrong people"

The journey ended in Darndale and neighbors came out to hug him and welcome him home.

The poor lad has some kind of arthritis and his hands and feet were deformed.

He was just amazed by his mums mobile frone.

A lot of things change in 3 years for sure.

My own cruise through a day. 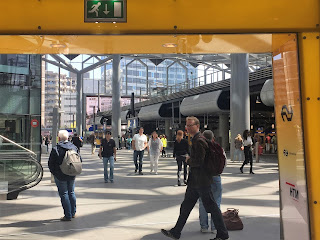 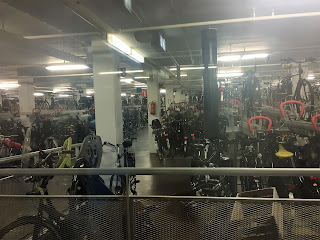 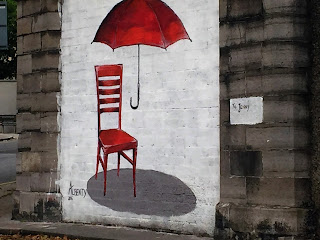 
Well here we are at the start of another week. I hope it will be a good one for you all.

I went to a show  a show a few weeks ago and while I was going over to get my tickets I popped into the show in the CHQ building (Click here) It was really massive, I told 2 hotel concierges about it..Both of them said that they knew nothing about it (4 and 5 star hotels) If I was in charge of marketing it I would give free family passes to every hotel worker and tour bus driver in the city.
If people don't see it they wont know how good it is.
By word of mouth word would soon spread around.

But in this day and age it doesn't surprise me that the people who should know don't.

Bloomsday passed over the heads of all those hotel staff.
The Shelbourne was the only people who made a big effort.

Anyhow that is all water under the bridge now.

Popping around going here and there.

As taxi drivers we meet all sorts and people of different manners.

Sometimes you make a quick judgment on someone, often right and sometimes so very wrong.
They got in near Grafton St heading for Gardner St Lower.
Two very hard looking women with a 2 year old child.
Traffic was slow and I took the quicker traffic route through Townsend St,,,,
Boy was I wrong going that way!
But I stopped the meter before we reached Tara St and crossed the river, then we came across an "Ambulance" with a green stripe on the back.
"God I hate to see them" she said.
"That's no ordinary ambulance, they use them to remove dead bodies" I said.

"I know that they took away my 14 year son in one.
I will never ever forget it"

So it was no good time floozies recovering after a big nights drink, it was the massive hangover after the loss of a child.

I never share my problems with strangers.
They are more than likely carrying a bigger cross.
Posted by John at 2:26 PM No comments:

The most remarkable person I ever met.

Let him be an inspiration to you

America brought out a law which said you could not donate more than $2,000 without declaring who you were.
I drove him to the press conference and read about him the next day.

Such a mild mannered and clever man I ever met
Posted by John at 5:18 AM No comments: 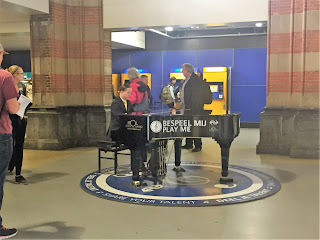 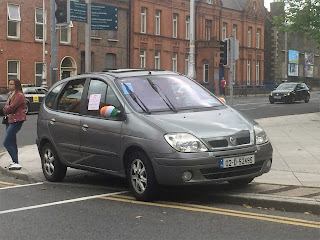 This has to be an Celestial  landing craft..On a corner, Double lines,On a pedestrian crossing and on the footpath..
It has to be a space traveler!!!

You know I used to think that when it came to brains we were pretty much equal.
Here is an example that proves it is not so.
Two guys going to the American ambassadors residence, I overheard one of the guys ask the porter at the hotel
"what is the story about tipping?"
So later on off we went, the conversation was about jet lag etc.
Then one asked "Whats the guys name we are meeting?"

Perhaps these guys are the people from space?

So they were going to the American Ambassadors house, they were dressed in casuals and they didn't even know in a clear and definite way who they were meeting.
So we arrived €16.80.
I gave him a printed receipt and his change, as they got out I just happened to notice that one of them had a take away tea in his hand.
Instead of driving off I said.
"Lads if you are not on drugs or brain damaged could you take a look at yourselves?"

They looked at me as if I was stupid.

"You are going into an Embassy building dressed like 2 hippies, America is mourning a mass murder and you waltz in with a cup of tea in your hand!!!! Are yous fucking mad?"

They put the tea back into my cup hoder..

I guess the tip will come further down the line, but I won't hold my breath.

I hope they won't tip the porter either.

3 minutes later I picked up a Spanish family who were really lovely €14 for an €11 job.

The difference between people is immense.


Tank god for Tango.. Here is the wonderful Kristina and Julian showing you how.
Kristina is so wonderful click here 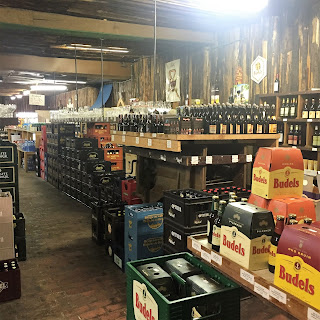 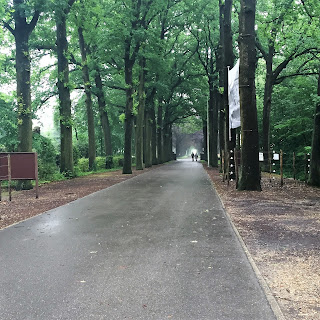 This road crosses the border 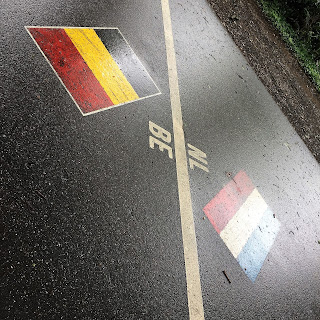 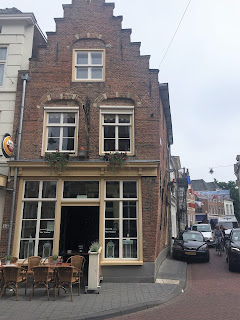 A building in Amsterdam Yes the top leans out at least 2 ft. 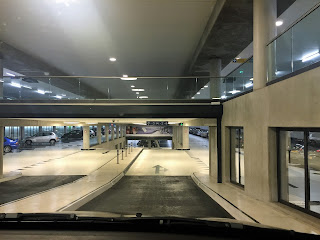 This is a car park which is under a lake, 3 floors or more.
They did it because they can.

A quick dash and I was gone to Holland.
I was there many years ago and my brother in law has lived there for more than 30 years, more than enough time for a visit.
The Dutch people are great workers,1/2 the country is under sea level. While we were there Paris got flooded.
No floods in Amsterdam.
It is well known that if the Dutch people lived in Ireland it would feed the world.
If the Irish lived in Holland we would drown.
If you ever saw the truck loads of flowers coming into Dublin every week you would well believe it.

We fall very short when it comes to how things should be done.

A baby was in a parked car in the sun last week.
Someone phoned for the cops but there wasn't a car available!!.
The people in the car beside it filmed the situation (Over 20c)
When the parents came back they gave out to them and said that they would put the footage on you tube.
Again the parents were not concerned.
But when it got attention the parents asked the Garda to have the footage taken down in case it distressed their parents.

The Garda couldn't send a car around and now they are concerned that someone might see the footage and be distressed!.

This is a load of Bollix..

But a dog died in a locked car last week and now they seem to be coming to grips with the situation.

Back to work and may I say great as the Dutch are it is really great to be home.

But as a wise man once said to me.

"Its easy to make the world a better place.
Just start in your own corner and work from there "

As for the kid in the car?

And more of Uber.