Once again Dublin is looking great.. 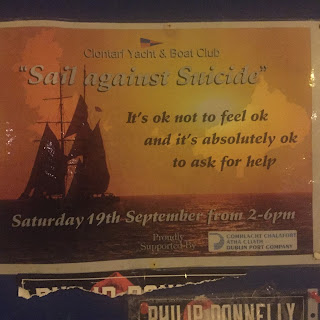 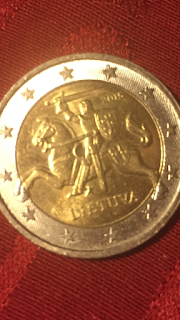 A new member to the €uro its Lithuania and Latvia is in as well. 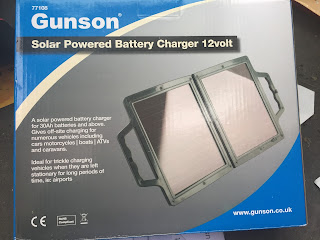 Here is a great idea if you're taking a month off. A solar powered battery charger

There will be a big festival in Dublin to celebrate the new year click here for details.
The site is not great all I need to know Where? Who is on? and When?

Looking forwards and looking back at this time can waken you up for sure.
John Lennon died 35 years ago..Many of us can remember that shocking moment.
By the way The Beatles are now on Spotify...Strawberry fields forever.

Soon the work will vanish for 3 months.
Many of my older mates head off to Spain to rest. An old guy explained to me that there are bargains to be had at that time of the year. "But don't go out in the sun or there will be no tips when you come back".

This year I have a plan.
Instead of just saying that I am writing a book, I will just finish it off.

All of my 3 sons went to Mount Temple school. The famous school where U2 met.
youngest lad David was in the same class as Jack Doyle the son of Roddy Doyle the creator of the book and film "The Commitments"
We met in the supermarket. "How's the blog going?
"Not too bad I am working on the book, its very hard, writing, correcting and writing all over again."
All he said was "Tell me about it"
A funny guy to say the least.

We all know that there has to be at least 3 books in it.
From the tragic to the comical and on to the farcical.

Today I brought a Brazilian girl to the airport, going home for good.
Often customers become friends and it is not a money making job, its a freebie.
Brazil is very very wealthy country but it is so corrupt.
She told me that one of her friends belongs to a wealthy family and the father groomed and had sex with a young girl. The father was never punished,"my friends brother is a judge and he quashed everything... I said this is so wrong, is there no God? But nothing changed,"

So many things pass your ear every day, still it is an education..

Irving Berlin made a fortune from this

The usual video is gone, but you get the story

Lets not dwell on the bad things there is a lot of good things happening..

Have a fantastic Christmas
And an even better 2017
Posted by John at 9:54 AM 1 comment: 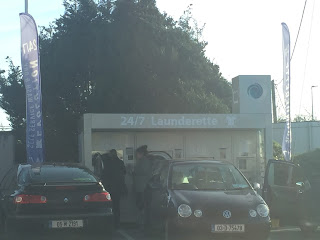 A giant washing machine wash all the clothes,the kids, the dog and the cat all at once. 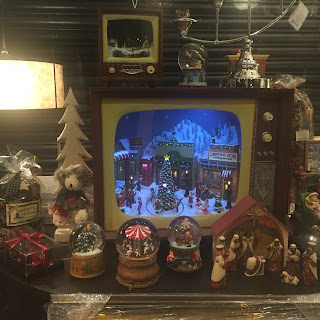 An old TV with the works taken out and an and an animated display put in its place. 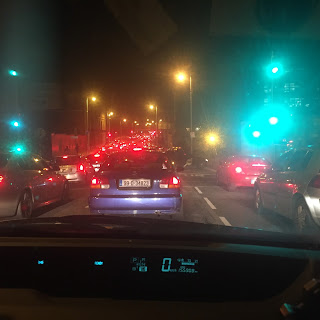 Not the kind of Christmas lights we like to see

Well at this time the amateur drinkers come out.

A taxi driver dropped off around the Bleedin Horse and then headed for home.

Great!  I'm finished now off for a pint before the pubs close he thought.
Just as he started off again two girls just jumped in.
"Two stops Rathfarnham and Dundrum. no long way around and shut your fucking mouth, no talking"Said one of the girls"
So the driver tells them to get out and after much "You HAVE to bring us" they got out before the police were called..

A man gets on to a bus and pays in the machine and the driver doesn't give him his 5c refund ticket.
He calls the driver names and he is then is asked to get off the bus.

This time the Garda come and remove him and the bus goes on its way 40 minutes late.
So he is full of rage and engages a solicitor and goes off to court.
Deformation of character !!!
So the judge listens to the saga, perhaps she saw the CCTV footage as well.

Let me explain something to you said the Judge.
Your own actions caused all this friction, you caused the trouble by not getting off the  bus when you were asked, so the defamation was of your own making.

YOUR CASE IS DISMISSED AND I AM AWARDING COSTS AGAINST YOU OF €20,000.

To all the taxi drivers out there and all the people working in bars and shops.

Thank God it will soon pass.
Posted by John at 3:26 PM No comments: 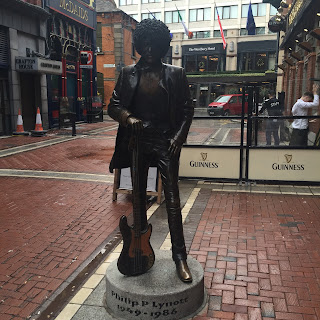 Don't forget to buy your ticket for the "Vibe for Philo" concert 30 years on. 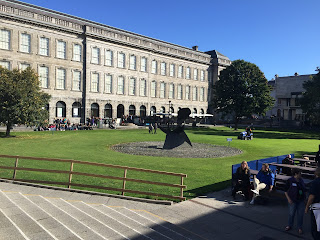 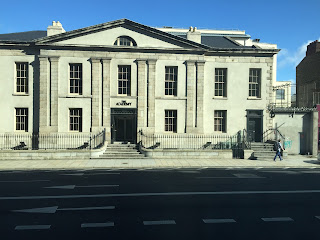 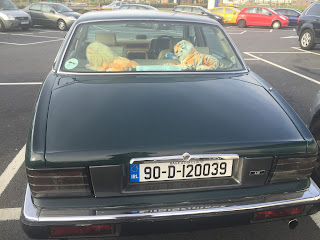 A lion a tiger and a Jaguar.

Here is a story from the Irish Times (click it)It concerns a lady who was in my taxi.
She filled me in on her ongoing battle with her husband in the High court.
His previous partner had walked away from him with nothing fearing the battle.
Now she has fought tooth and nail, he has spent €800,000 on court proceedings. She now has a barring order against him.
The war will continue.

In Dublin a few years ago we had 2 profoundly handicapped boys living in Dublin.
Christopher Nolan would sit and stare at the world while the "experts"said he was not capable of rational thought . Then he was given a drug which relaxed his muscles and boy did he start to write.
His poems have won many awards."Damburst of dreams"and "Under the eye of the clock"

Davern Hannahs (link) parents were told that he was not viable but his poetry was better than anything I could ever write for sure.I used to work with Jack Hannah a very intelligent man.

Yes folks how would you like to be a prisoner inside your own body unable to make yourself understood and unable to help yourself in any way.

So stop moaning for a while and help others.
Posted by John at 6:26 AM No comments:

A reality check for me 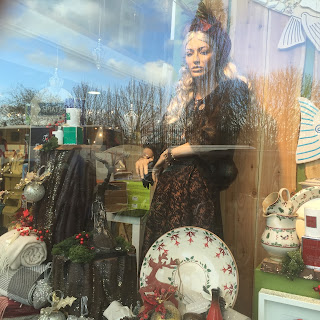 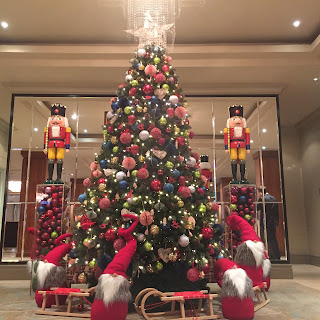 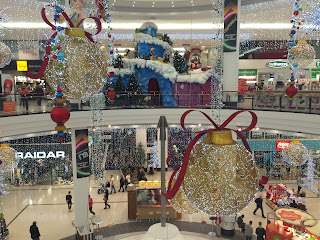 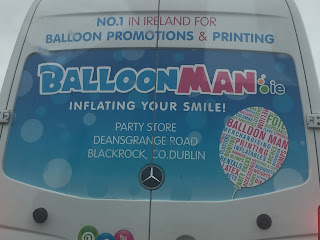 Well Christmas is well and truly here. Greed, shopping and very little of the
real message of peace, goodwill to all men.

Whenever I get complacent about things I get a good kick in the arse from the man above
Yes even taxi drivers take things for granted and become grumpy, customers not coming out and cancelling after 4 minutes, little things like that.

Well last Friday I was humbled by what I saw.
A guy waved me down on the Clontarf Rd and there was a girl in a wheelchair beside him.
I jumped out to put the chair in the boot and the man told me that their would be a chair at the other end. He helped a young girl into the back seat and off we went, just me and her.
She was a beautiful young lady but she was profoundly handicapped, every small gesture turned into a big jerk and as I spoke to her desperately trying to decode her answers I was really humbled.
Nothing for me is any effort, picking things up, talking or walking.
Everything I take for granted is for her a battle.
She is really beautiful and I am so grateful that perhaps from now on I will not take my own life for granted.

May God bless you.
A guy in the car dropped a small credit card wallet on Friday and the next person in the car handed it over. There was credit and business cards in it so I sent him a text.
I got a reply soon after.
So then I dropped it back to his office.
No big deal!
Today as I dropped someone off the same man stopped me on the street to thank me, I said it was no trouble but he insisted on giving me €10.
Good man.

Beats the crap out of that doctor who dropped a wallet wit more than £1,500 in Irish and English notes years ago.  He never dropped me the smallest thanks.
One customer told me that this guy doesn't believe in God or Man. One day day you will be passing a shop and see a waving cat in the window and that will be him in the next life.

But one day recently I saw a waving cat and I bought it knowing that it was him in his new life..


Just in case you didn't understand the significance of last weeks post, here is some more.