This happened quite a few years ago.
Sunday morning I was outside the Conrad Hilton hotel hoping for a job somewhere.
I was giving directions to a lady who was looking for Baggott St.
(Strange how you can remember the little things)
The concierge came out and started blowing his whistle, I moved over.
Then in a flash he had thrown the bag into the boot.
"Airport" snarled the woman and we set off.
They were arguing like 2 dogs growling at each other.
When I was heading over to the hotel earlier I saw filming starting on one of the Georgian squares.
I mentioned to them to look over and the woman snapped.
"Just get us to the fecking airport, we don't need a sightseeing tour! "
The proper response to that is to take them away from the main drag and kick them out.
But today I wanted to see this to its end.
The rumbling continued between them and at the airport the fare was £18 (Old money)
I took out the bag and extended the handle with his cange in the other hand.

" I hope you left enough time for your flight?"
He said "Course we ave ya feckin moron"
"That change in the hour really fucked up my day"
He said "Wads ya takin abat?"
As I put his change into his hand I said
"The clocks, they went forward an hour last night"

I wish I had a video of his face.
No I didn't ask him which one of us was the moron now.

This won't happen now as our fones jump forwards in the night.

Some people give the human race a bad name, here are 2 taxi drivers for the hall of shame.

A girl from Cabra to Santry Ave.
On the journey over she told me that her mother from Brazil who had very little English got ito a taxi one day, she had the address written down.
The driver was Chinese and kept saying that he didn't know where Santry Ave was.
My passinger spoke to him 4 times on the mobile and it went on for a while.
The daughter suggested that as he could not do his job he should let her out to get another car and not charge her.
Suddenly he found his way and charged her €80
The correct charge was €17.

So boys and girs bad things happen. Turn your phone camera to video and quietly record the ID and the driver, when you get out take the roof sign(Its on the door as well) and the reg
Do not stsrt taking photos as you might well get a punch on the head.
Report it to the police.

Driver number 2
A Pilot was in a taxi around Christmas and he dropped his fone.
He rang the the phone and driver picked up he said that he had found the fone and would ring him back when he had dropped off his present passinger.
When he returned the held up the fone and said "This will cost you €100 to get back"

It was insured but there was photos that he had not backed up.

The morning after the night before

After a big event like St.Patricks day or new years day concentration is at a low spot.
The Luas (tram) has killed 2 people and there was a crash with a bus, in which the tram was derailed.
Plus a 2 car collision in which both drivers were killed. RIP

I am going to rest up as I nearly had 2 near misses myself. It is important to be on the lookout for the nut behind the steering wheel..It might be you.
I have some photos of the events, but my computer will not load up.

I want you to watch Ken Dodd strutting his stuff.
A comedian of the 60s who had a few gold records. He kept the Beatles off the number one spot back in the day.

His act could go on for 4 hours and he was known as the taxi drivers friend, because the buses were well gone when his act finished.
He was president of the Blackpool magicians club and he entertained us all at the convention.

I will visit Andrew in the computer shop and have the bugs taken away.
Then I will write a proper post.

Happy Paddys day to one and all

Boy was it busy for sure.
If you are caught on the wrong side of the parade you will have a hell of a job getting to the airport.
So it is up to everyone to make plans.
A guy from Korea left his laptop in the car, boy was he happy to see me come back with it.
He was pressing €10 into my hand and after 10 Nos I finally accepted €5,
I went home for breakfast and got 2 texts from my Chinese friends about someone whos car had a flat battery.
I live in Clontarf they live in Crumlin a €25 taxi journey away.
I was told it was urgent so I went straight over with my booster pack.
Every home should have one.
On the way over there were 10 or 12 people looking for taxis, but I drove on.
On arrival I started the car and the owner asked me if I would like a cup of tea?
Not "Can I pay you for your time coming over?"
I asked Emma if they were going to some special event?
"No we are going to mass" she said.

Now boys and girls this is taking the piss !
If a garage had come out it would cost around €120 at least.

But I got 4 jobs on the way back including 4 wonderful Brazilian beauty queens.

Life is good. Happy St.Patricks day to one and all.

Bono says it all so well

Not long until Paddys day


Today saw the brief visit of an American girl heading for the airport to go home.
God bless her I hope she made it. People tell me that for domestic flights you have to be there an hour and a half before take off and for trans Atlantic it has to be 3 hours.
She only had an hour..So lets hope.
Her looks were interesting and I asked if she had any Irish blood.
Her answer was priceless.
"I might have. My Mother was Hungarian and my father was from South Korea."
Only then did I see the slight shapeing of her eyelids.
God she is beautiful.
She loved Ireland and I am sure she will be back again.

Another strange thing happned last week.
I picked up a young lady going to Heuston station from Donnybrook.
As we arrived there was €15 on the clock, I handed her the bag and some people coming out of the station jumped in.
As I drove along the quays the phone rang, "you forgot to tie off the transaction on the MyTaxi app"
So try as I could it would not work.
She sent in a note to MyTaxi and I sent in a note as well.
Guess what ?
Once the customer is gone from the car you cannot get the money !!!!
But I rang her as I had her number and got the money today.
Without that contact, I would have been up shit creek without a paddle.

I know this is a repeat but.

A couple of weeks ago a Google lady arrived at the airport with no money or credit card ?
She gave me her number and asked me to ring her next week.
So I accepted so as not to make her loose her flight.
All the next week I rang and texted to no avail.
It was €28, so I had an idea.
I explained my story in a letter!
A great German girl read the letter and found her.
I could almost hear her saying.
"What kind of person are you? Someone helped you and now you won't pay ?"
The call with payment came the next day.
But the girl who wouldn't pay has destroyed her reputation in Google.

I was off work for around 4 days last week. My right arm was really painful. I couldn't lift my arm as high as my shoulder and the home doctor went to work. It could be a clot or you could be having a stroke, OR A HEART ATTACK.
I went to bed and wore a jacket indoors, took Panadol  and it got better.
At least I didn't pay €40 to the doctor.

A headline in the paper reads 180 non EU nationals obtain licences despite having no leagal status in Ireland,nothing surprises me. 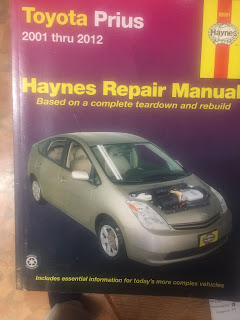 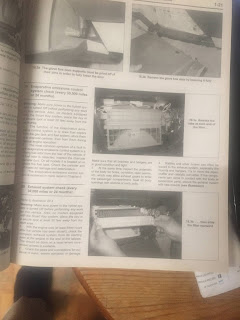 A good old guy died during the week John Haynes of the Haynes manual fame.

Well John went to boarding school in England and he didn't like Rugby or Hockey.
So he asked his teacher if he could build a car as a project.
He built an Austin 7 and then he sold it.

Then he had an idea !
He wondered if anyone else would like to know how he built it.
So he built another one and had a small book printed taking you through the steps.
The first printing of the book sold out in weeks.
He grew up and joined the Royal air force and a friend of his had an Austin Healey Sprite which was giving trouble. The manual was really bad.
So they stripped down the car and photographed the whole process.
The Haynes manual was born, settings for points, the correct spark plugs and oil are all there.

So I suppose God was having problems with one of his vintage cars and called John up.


I see you can buy them on line now.