It's the time to Spring forwards

Few customers will have impressed me as much as this English couple.
In the hundreds of people they remain to the forefront of my memory.

I had bought the Sunday paper and I had pulled on to the taxi rank at the Conrad Hilton hotel on Earlsfort Tce. Before I opened the paper a lady stopped beside me in her car asking for directions to Baggott St.
As I was telling her the concierge from the hotel came out with a couple and started to blow his whistle to bring me forward. As I pulled up a suitcase was thrown into the boot and the couple jumped in.
"Airport"Came the word.
No good morning,lovely day, nothing, but "Airport! "

With people you would try to be polite, you speak to to them, shorten the journey.
"Lovely dress you are wearing, Charity shop job?" etc.

With this pair there would be no chit chat, they were having a row, it sounded just like a cement mixer filled with gravel going around to clean it at the end of the day.

I mentioned that they were making a movie on Fitzwilliam Sq when the woman leaned forward.

"Driver do you think we're fucking stupid?
We're going to the airport, not on a fucking sight seeing tour"
Well there is an answer to her type. You pull over and you kick them out...
End of story.

But on this day I bit my tongue and turned on the radio low and drove on.

Did you ever hear of a thing called Karma ?
It is at its simplest.

What goes round comes round, you don't behave
Shit happens !

Well we pulled into departures and I took out his suitcase.
(I had his change in my hand) "There you are sir I hope you allowed enough time for your flight?"
"Course I have ya moron"
"I am just saying it because that change in the hour last night really fucked up my day!"
"Watts ya taking about ya bloody idiot?"

Good manners costs nothing and it goes along way

By the way don't you forget to turn your clock forwards one hour before you go to bed tonight.

Anyone can make an error, its when you don't correct it it becomes a mistake.
We are running a big jobs expo in Croke park soon
According to the website it will be held in April, so we asked our son in London to book.
But when he tried there was problems.
So we rang the organizers  in Dublin.

So thousands of € have been spent to design a website which will be seen by hundreds of thousands of people and the error remains.

Quite a mistake when you consider that it is to show how efficient the Irish are in doing business and when it comes to HiTec we are tops.
but we can't correct a date on a website.
Posted by John at 2:13 AM No comments: 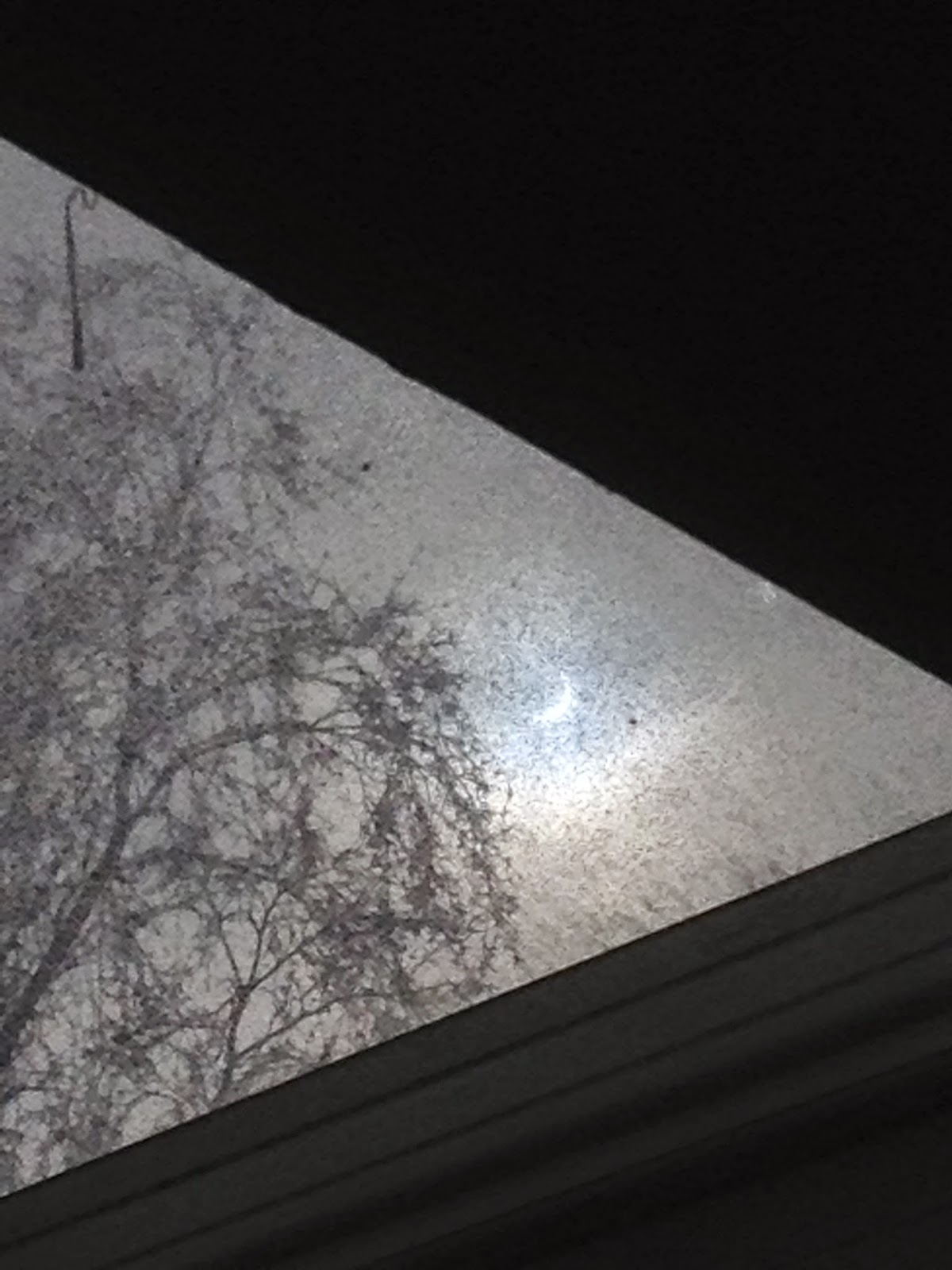 One big event in the week was the solar eclipse 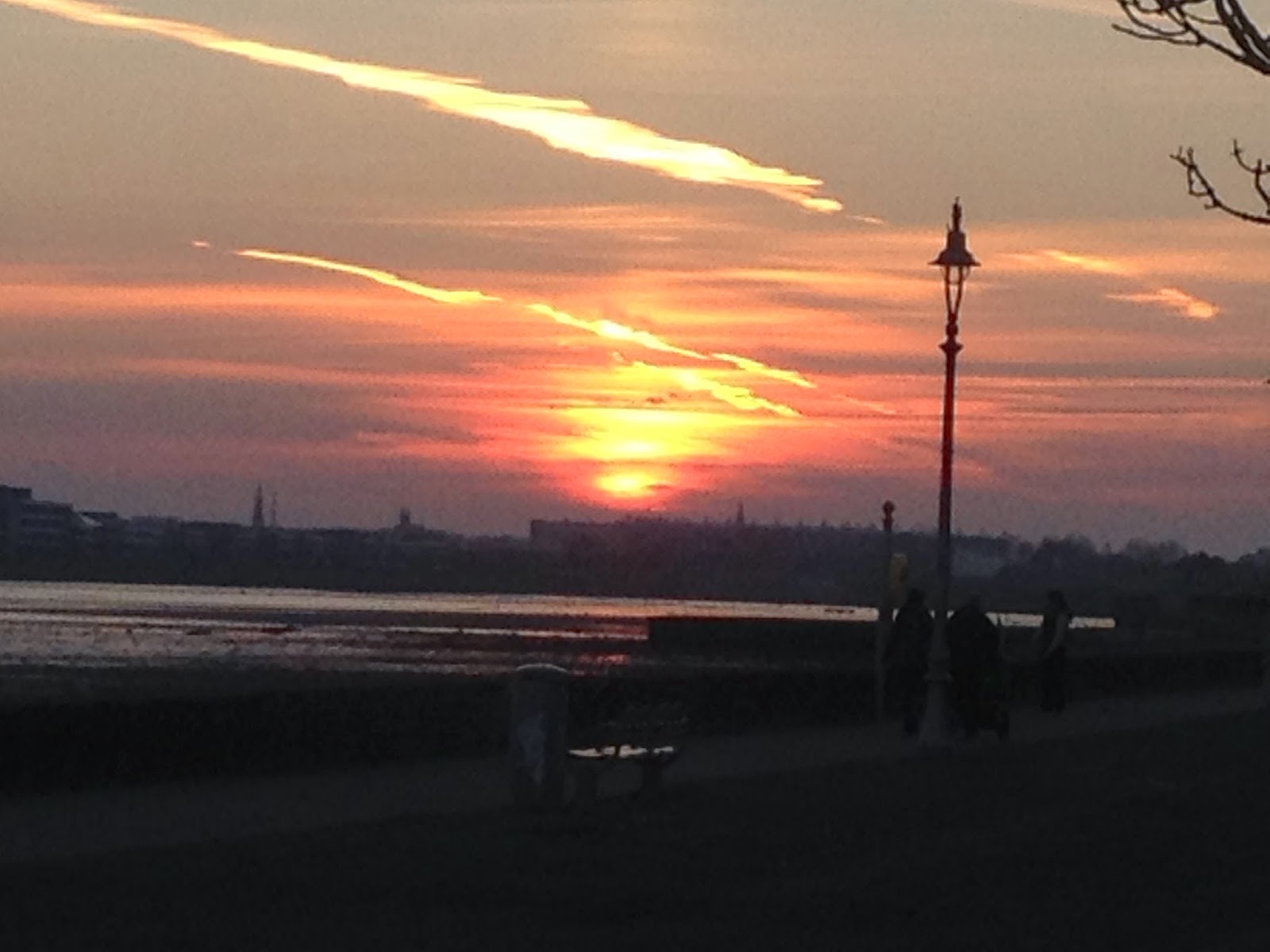 But God did a great sunset !

What fantastic weather we are having at present.
A girl from Norway once told me that the weather changes here every hour, but you Irish are amazed by the weather all the time.. That is true, but it is fantastic now.

I had a bad start to my day today. A flat wheel ! Then the nuts had been tightened by an asshole mechanic and I could not shift them..
Well in the end I did it. I fixed the hole which was caused by a nail.

We have an expression in our house.

"Perhaps it broke a bigger cross"

Meaning that the bolt of lightening only hit the Tyre and did no more harm..

I had a good morning and pulled into a local hotel to get the papers and a coffee, there I met a college who works  every day God sends and never complains.
After a few words I showed him a photo of my granddaughter, then he told me about his grandson.
Sixteen years old he had passed away from a brain tumor in Florida before Christmas.
In Ireland we have a failing health system, over there in the USA the mighty $ rules.
And if you are poor you are well and truly fucked.
Over here our system is failing the people but for certain  illnesses like cancer your treatment is nearly free.
By the miracle of Ifones John let me see a short documentary about his grandson as shown on TV in Florida....
Something like that when it is shared brings you back to reality.

A flat wheel at home with my tools ready is nothing compared to a brain tumor in a 16 year old child.
John is a great guy he never moans, works hard and has a great laugh with all his customers, you would never think he had a problem in his life.

So I shook out my feathers and worked a great day in the sunshine of Dublin
Posted by John at 4:52 PM No comments:

As I write the clock approaches midnight.

A happy St.Patricks day to you all. May you be Irish for the day.

The app store has a special app you can download which will put you where you should be to connect with all the action.
It really is a big deal, people are here from all over the world, I suppose it would be like the rush to see Mardi Gras in New Orleans or Rio.

Irish people have gone over the entire world, 2/3 of Americans claim an Irish link including Mr.Obama.
There is a book called "Wherever Green Is Worn" By Tim Pat Coogan It is a great book to buy for a long haul flight. Did you know 60,000 people were sent to Barbados as slaves in the time of Cromwell?
But we went to many other places of our free will.

So go green for the day.

I will see you in the other end if God wills it.

I had been having trouble with my mobile phone freezing and not working in general.
So I stopped into a phone shop,
"Buy a new phone" was the retort.
Then I went to Andrew who works in the internet cafe at the bottom of Philipsburgh ave,
He took the phone,"turn it off or it will go on fire,the battery is faulty"
So with a new battery fitted it was not right, then Andrew backed up my phone on his computer, wiped the phone, upgraded the operating system and put all my stuff back on.
Everything is perfect again,
HailO is sending me work again.

Today is the 12th 5 days to go until St.Patrick's day

A few days ago I sent an email to my girl who supplys me with city maps.
I give them to customers and give hundreds to other taxi drivers.
Well I hardly believe it but she told me that they don't distribute the maps to taxi drivers any more.
If I wanted to give maps to my customers I should take them from hotels or I should go to the tourist office.

There are  loads of videos on you tube about how the different branches in the hospitality industry have decided to make this the best Paddy's day ever. 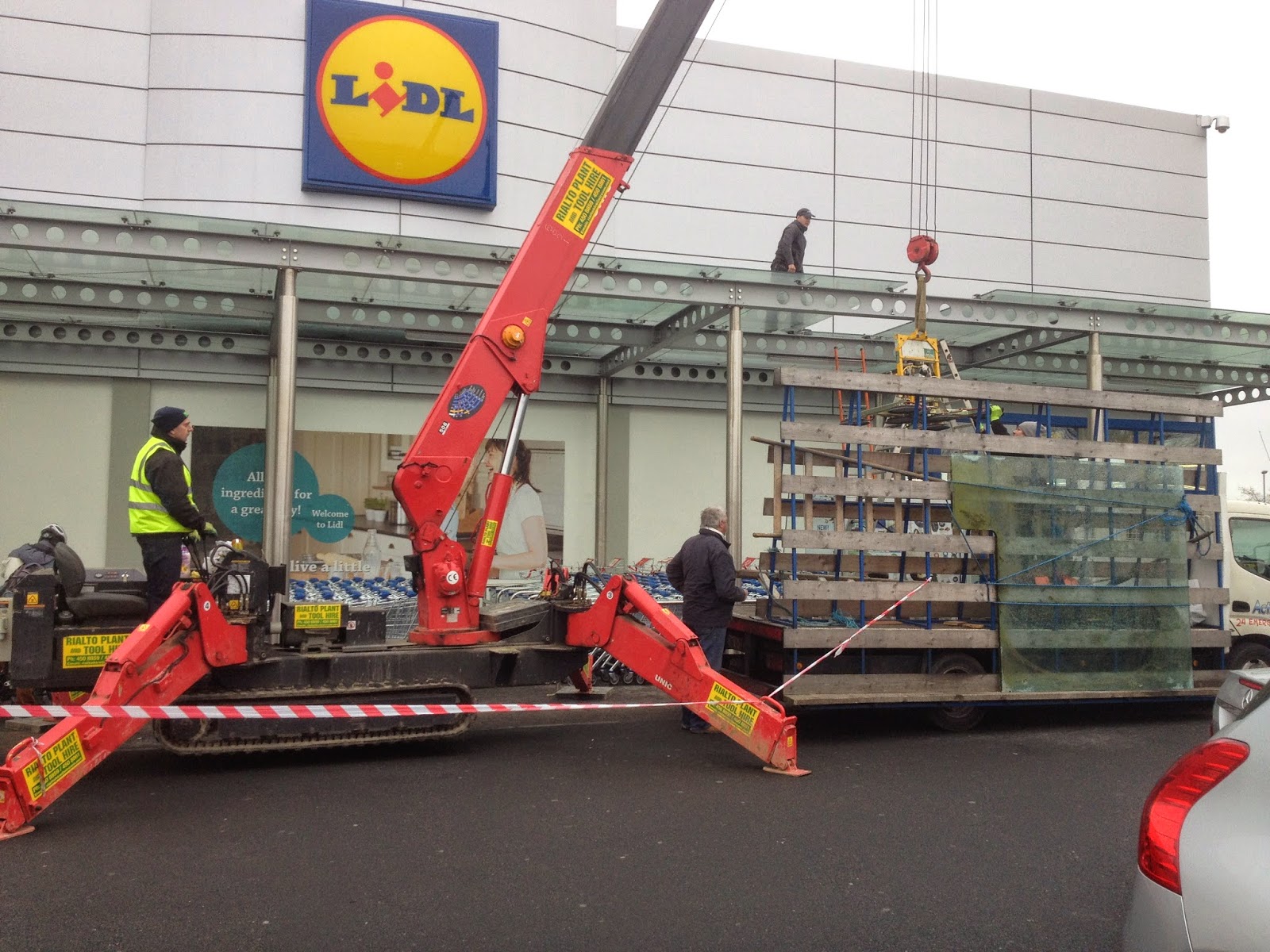 A sheet of laminated glass fractured, so this gang arrived to replace it, very little change from 3 grand I reckon 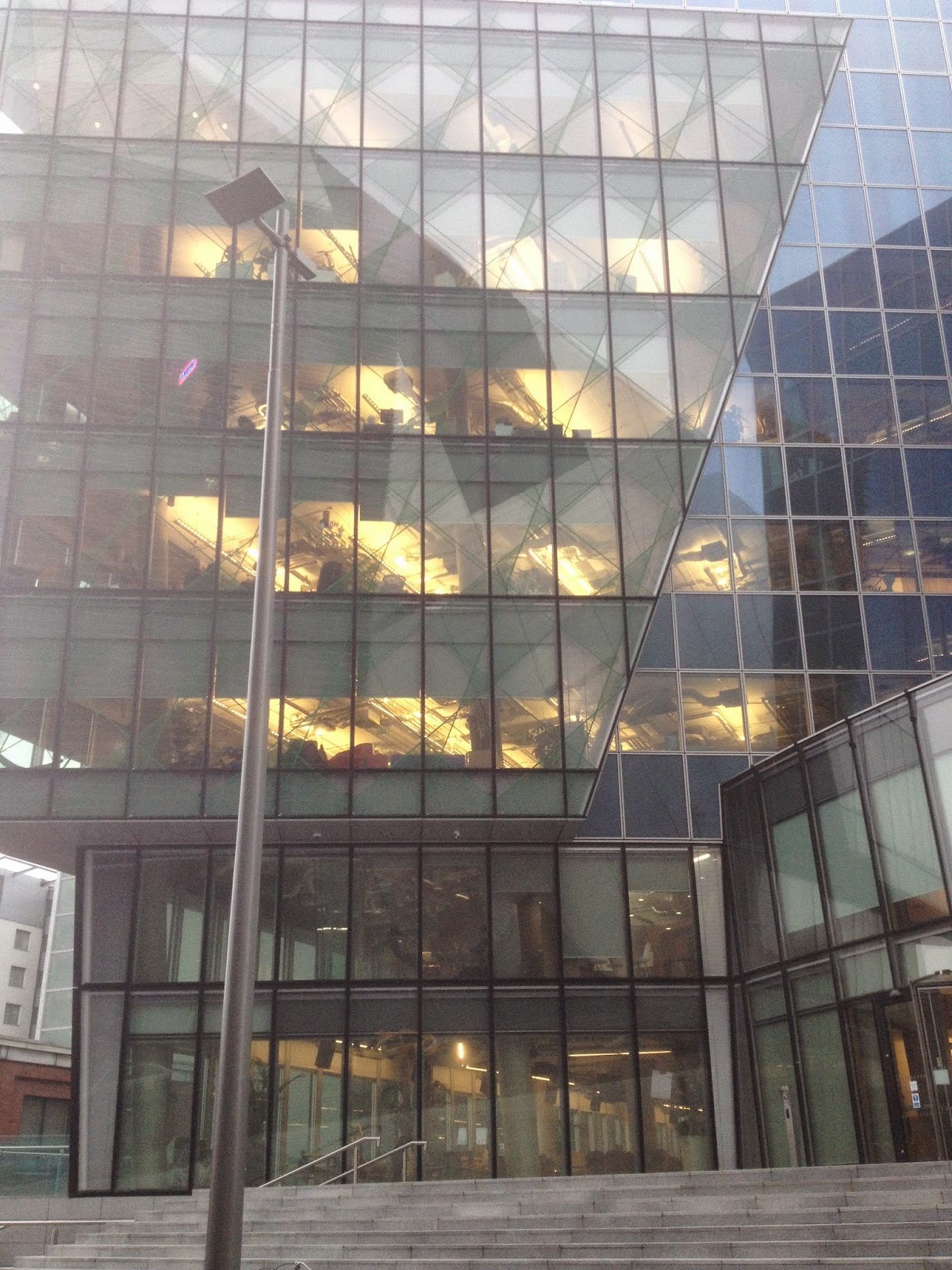 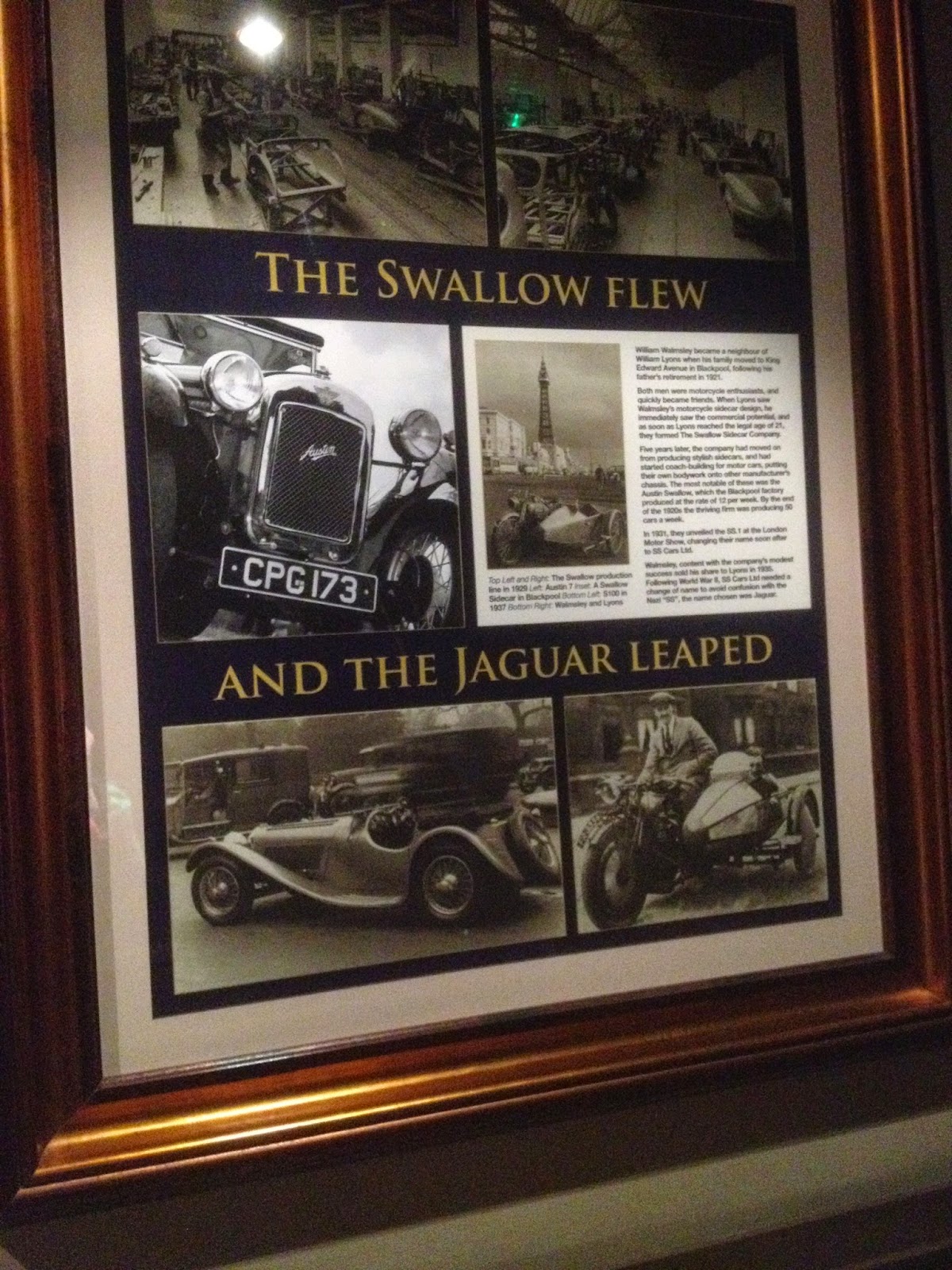 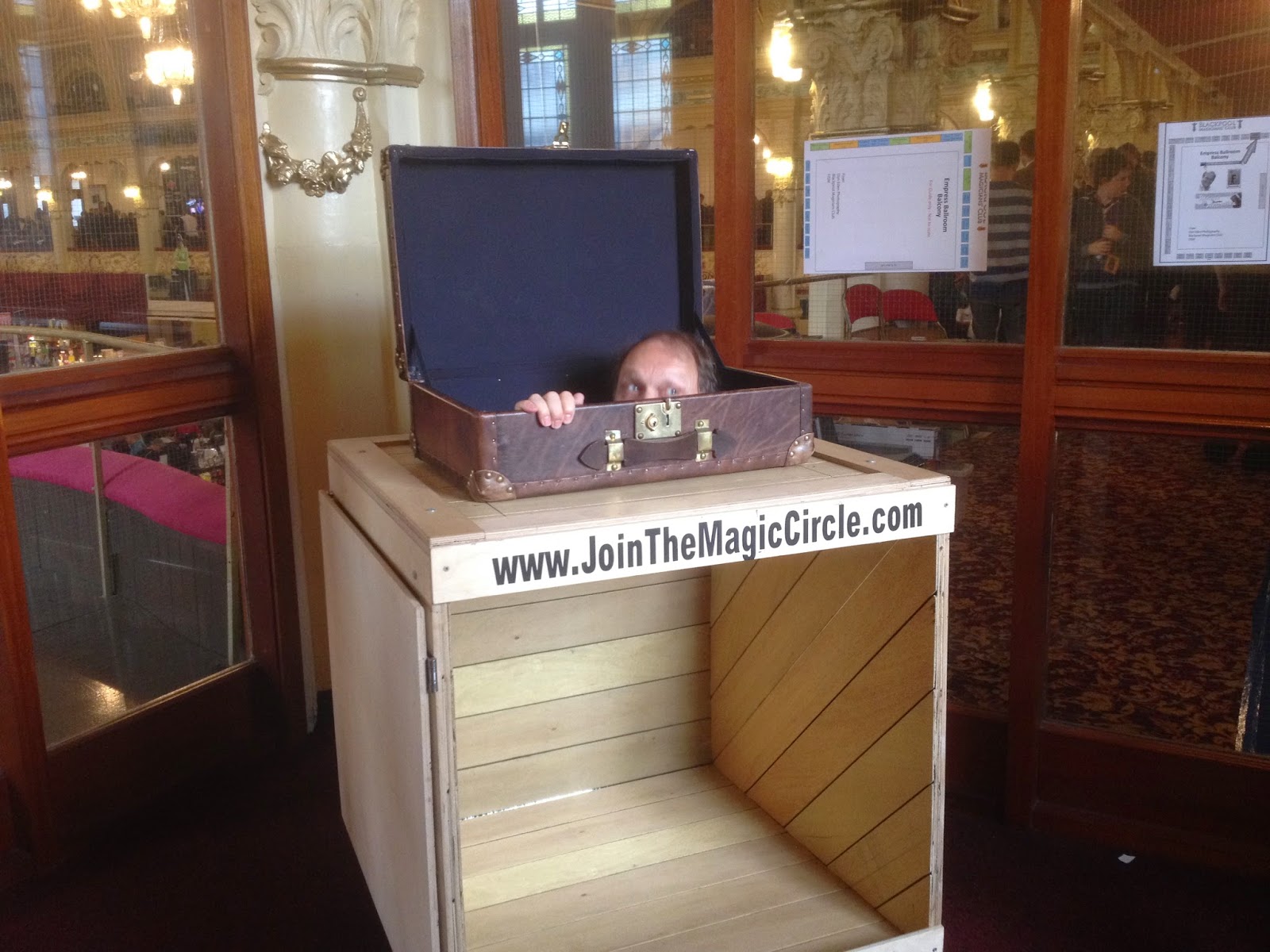 The magician walks up to an empty packing case and puts down his briefcase,undoes the catches and stands back while a grown man pops up his head and waves to us,Join the magic circle !

This week I went to London and rented a van to move my sons belongings to his new home.
The Satnav took me through London without making a mistake, science (when it works) is a wonderful thing.
The return trip finished with a really hard landing in Dublin. It reminded me of the old joke.
" A good landing is when you can walk away from the aircraft
A great landing is when you can use the plane again"

Ask Harrison Ford about that.

So now it is down to attacking the bundles of receipts and doing my taxes.

Anyhow this makes me think a guy from Persia a good few years ago who had moved his operation over here after the downfall of the Shah of Iran. It was like a military operation he told me, converting the cash into art works and gold and bringing it half way across the world.
Now at the end of the tax year he had paid  £1 million in tax and he owed them £8,000 more which he said he would pay next month. The tax official told him that they would have to calculate penalties and interest on the balance.
He turned to me and said
" We have invested a lot of money in this country, this will make money and create employment for years to come. No one from any government agency came to advise us or help us in any way.
They did nothing to earn these taxes which I have paid, they said that the arrears must be paid or I would have to pay penalties and interest.  There is no fairness or justice in this."

He borrowed the outstanding amount and swore that they would be employing good accountants and they would be lucky to get 1/2 that amount next year.

It is a bit unfair that you work and other people reap your rewards.(or should that be rape)

We have hundreds of people loosing their homes here in Ireland, one trophy home which has a floor space of 9,000 square ft.called Gorse Hill on Vico Rd. Dalkey this house which was valued at around €15 million is in the middle of a repossession storm at present.
The banks gave the owner around e70 millions to invest in property he has gone burst owing hundreds of millions.
You and I will be picking up the tab, not one bank official will have their pensions or bonuses taken back.
But you and I (who had no part in any of this) will be told to pay back this money.

Did you see the photo of the puppy that looks like Hitler?