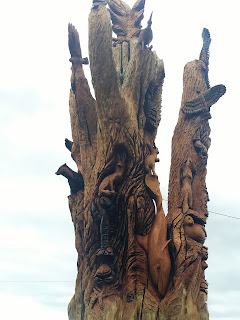 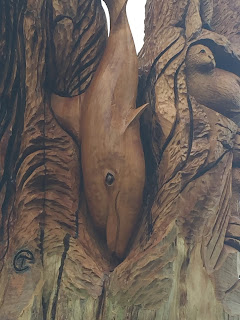 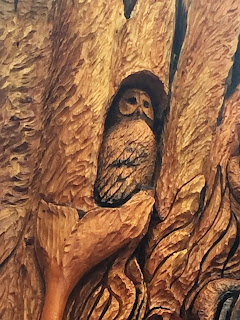 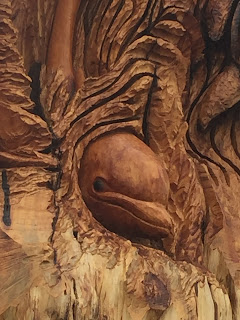 Here we have some details from the wonderful tree which is at the bottom of Watermill Rd. Clontarf.
Bring the kids along and look for Foxes, Eagles,Storks, Badgers and many more critters. It is a great sight.
This weekend in Ireland it is a bank holiday and the City fathers have decided to shut off O'Connell St. Right at the time when 2 big sold out fixtures are taking place in the Aviva and Croke Park.
There is also a big drumming festival taking place.(Click here)
Thank God I will not be in action.

I have to go but on Tuesday I should fill you in on whats going on..

The Dublin horse show is on this weekend. The "Horsey people" are here in their thousands.
Bruce Springstein came to cheer on his daughter Jessica who was taking part in the show jumping.

Look at this no bridle. What control !


It is a big occasion in the social calendar.

So as I went around a few different things happened which were out of the usual.
I got a Job on the Hailo system and she rang with special instructions. They were ordering food, When it was ready I had to bring it to them and then they would pay for everything.
The streets were hopping so I told them to place the order and when it was ready ring another taxi to collect it as there is no stopping on Capel St.

Then another call came in and when I reached the spot the app showed my customer was in the middle of the river liffey! I waited and phoned to no avail. At 5 minutes I told a bicycle courier to tell her that I was gone if she turned up..
Then she arrived all smiles and not rising from the river.

The difference in people is amazing . I have often said that you would never believe that different people were the same  species of animal.
So it came to pass that a couple who were both ill flagged me down on Parliament St.
One day if I am lucky I might reach old age myself so I like to give a hand when I can.
They had both worked for Amnesty International helping dispossessed people
It was a short journey he was very feeble and we had to stop at a pharmacy for medication,
it was for his arthritis."It costs €1,700 a month and it is working. I hope to God the government continues to pay"he said. At journeys end there was €14.40 on the meter"Just give me €10" I said
"Here  take €15 it would be better"

I God was doing her job it would be the robbing and child molesting people who would be suffering from all these debilating and painful sicknesses.

Ah well that's life
Posted by John at 8:47 AM No comments:

I Hit the milion and some more

Sadly it was not the Lotto but the blog.
I knew it was coming up/9999!!! then it flipped to 1 million and 684 just like that.
My oldest boy who knows IT explains to me that the counter has been changed a few times, so I hit it ling ago.
Folks I thank you one and all, that guy in Tokyo, in Moscow, The folks in Poland  UK and Russia and in the USA my biggest audience.
When I started this it was just to let off steam, nothing more.
Then when I got more into it I found out that there was more to driving a taxi than just taking a person from A to B.
Something bigger started to happen.
So now I am working hard on a book.
By Christmas I promise.

Lets hope you are not in it!!

Thank you one and all again
Posted by John at 3:33 PM 2 comments:

Why are we so negative....A blind girl in the taxi once with a violin raving about the sounds around her. She was so beautiful, yet so happy to be in Dublin..God she was great. I think about her often.
When she can be happy why can't I with all my talents be as happy. 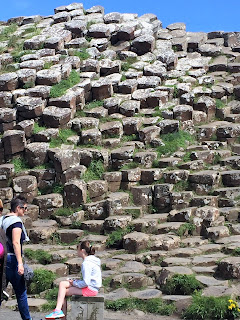 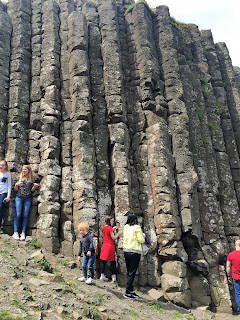 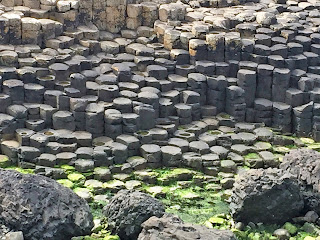 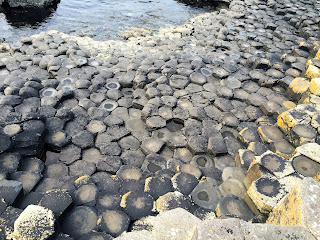 Just so you know I have not vanished.
I drove to the Giants Causeway to visit my grandchildren, then today I went to Sligo for a 70th birthday celebration.
Then London to come and Cork to finish off. After all that normal duty returns.
Posted by John at 3:57 PM No comments:

A bargain is a bargain and cannot be missed.

The other day my wife rang a store to check when their sale was on.
"Its been running for 3 days came the reply"
So she borrowed my car and off she went. She said she would be back before 5 pm.
I would cut the grass
The deal was that I would have the dinner ready.

"I've done a really stupid thing ! I got carried away and when I came back the taxi was locked inside the Ilac center car park."

A taxi home cost her €20.
A taxi back in the next morning cost €12 .50.
Then I had to pay€34 for the overnight parking.
The afternoons work was missed as well.

Still a bargain cannot be missed.

I know it really could be  hell of a lot worse for sure, she could have crashed into a Rolls Royce. 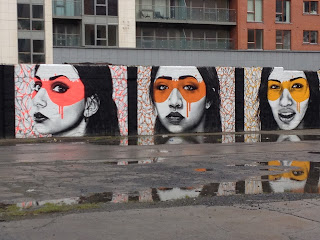 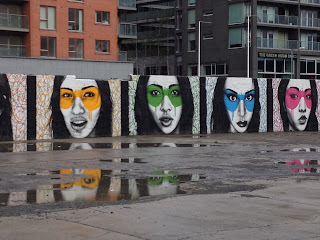 Near to Gibson hotel 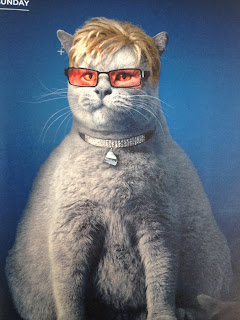 From the Sunday Times, its the fat cats that crushed us. 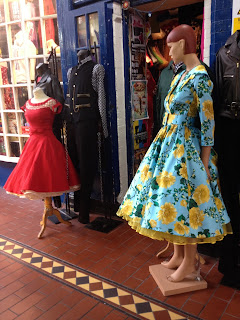 Well folks we had a huge convention of Jehovah witnesses in City West, last weekend then we had Marley Park with Codaline and Stone Roses.
And if that was not enough we had Beyonce singing in Croke Park.
Most of the taxi drivers paid their mortgages this month for sure.

Things can go from idle to flat out for the rest of the day.
Which is great.
You are like a ball in a pinball machine.
The other day I was coming home when I got job after job and it took me 2 extra hours to make it home.
Among the ones I picked up was a homeless character.
She lives in a local hotel with her kids and 30+ other familys.
They get a cereal breakfast and are expected to live on take away food for the rest of the day.
She is well connected into the criminal families, and I was told that her cousin was shot there and a young lad we brought home had a story."Remember the young lad who was shot in a case of mistaken identity? It was the chap that just got out they were looking for."
She has been in the taxi before but she has a heart of gold and that young lad of hers is as clever as can be he is around 4.

Still living in a hotel and not having a play area cannot be easy.
Putting 36 familys into that situation is no solution either.

Later I stopped for a real angry man from Wicklow who now lives in the USA.
He had a big red beard and loads of tattoos. He raved about many taxis had driven past him.
Look mate I said, you would scare even me except I carry a gun! (I don;t)
He laughed "You don't do you?"
You will never know.

So then there was a great looking French girl called Linda Carbore, she was a singer it turned out, off to rehearsals and she told me to look her up on Facebook whatever that is.

I bought a credit card reader just over a year ago and it stopped working,so I rang Payleven.
It was not taking a charge and I had tried 3 different leads.
His conclusion shocks me still.
"Its over a year old, out of warranty. Throw it in the bin"
So I went to Andrew my Chinese hi tec guy.
He fixes mobiles, computers and other techi stuff.

Insurance rises have become a crisis in the industry.
Drivers without a claim are being asked for more than €1,000 more than last year.
One driver was told that the increase was for claims about flood damage. 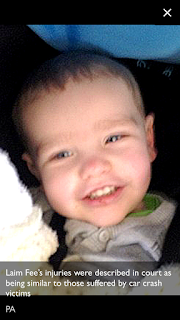 People are strange animals for sure.

The cheeky kid above was battered to death by his mother and partner.
It took a few years to work out the details but for once they got a guilty verdict and a good stay in prison.
With no time off.

Well lets hope society learns a lesson from this

Is there really magic ?

Once apon a time I told my kids how a magic trick was done.

"Daddy is there really no true magic? "said my oldest boy.

I never revealed another magic trick.

But the internet shows all !

watch it',study it, and then do it for yourself.

Happy 4th of July to all my American readers.
As it is not a holiday here I forgot.
One of my driver friends was on the Joe Biden gig last week.
It really was something. I mean the logistics of it all.
You would not need many more security men and armored cars to invade the entire country.
The paranoia that surrounded the occasion was completely mad.
When he went to the US ambassadors house the entire Phoenix park was blocked off, hundreds of security men were hiding in the bushes all over Ireland.
It really must have cost the people of the USA a heap of money.

I had to Google him to find out who he is.
He is the vice president of America and is the most likely the running mate of Hilary Clinton.
If you have a Shamrock in your family tree it is a big help in getting the Irish vote.

The most memorable thing I heard was of air force 2 The huge plane that transports many of the heavy cars around. The way it works is that you bring her out on the tarmac, then load her up and let her rip.
You can't start the engines in the hangar, but the guys in their paranoia didn't think it out when they instructed the staff to load her up in the hangar then tow it out fully loaded.
They strained the front wheel and the monster had to be unloaded while they replaced the front wheel.
The drivers of all the cars following had to spend hours sitting in their cars while the work was being done.
But I did hear from a more senior source that you have to be firm with these guys in their white raincoats and overrule them. Let them know that you know what your doing.
After all no one wants to have to take the rap for a bad decision.

Insurance for taxis has taken a spectacular rise, 50% to 70% in some cases
Without having a crash I saw one quote rise from €1550 to €2312 and when he asked why he was told  that they had to pay out a lot owing to flooding.
What that has got to do with the price of tea in China I don't know.
Posted by John at 6:38 AM No comments:

They went with songs to the battle, they were young.
Straight of limb, true of eye, steady and aglow.
They were staunch to the end against odds uncounted,
They fell with their faces to the foe.

They shall grow not old, as we that are left grow old:
Age shall not weary them, nor the years condemn.
At the going down of the sun and in the morning,
We will remember them.

They mingle not with their laughing comrades again;
They sit no more at familiar tables of home;
They have no lot in our labour of the day-time;
They sleep beyond England's foam.