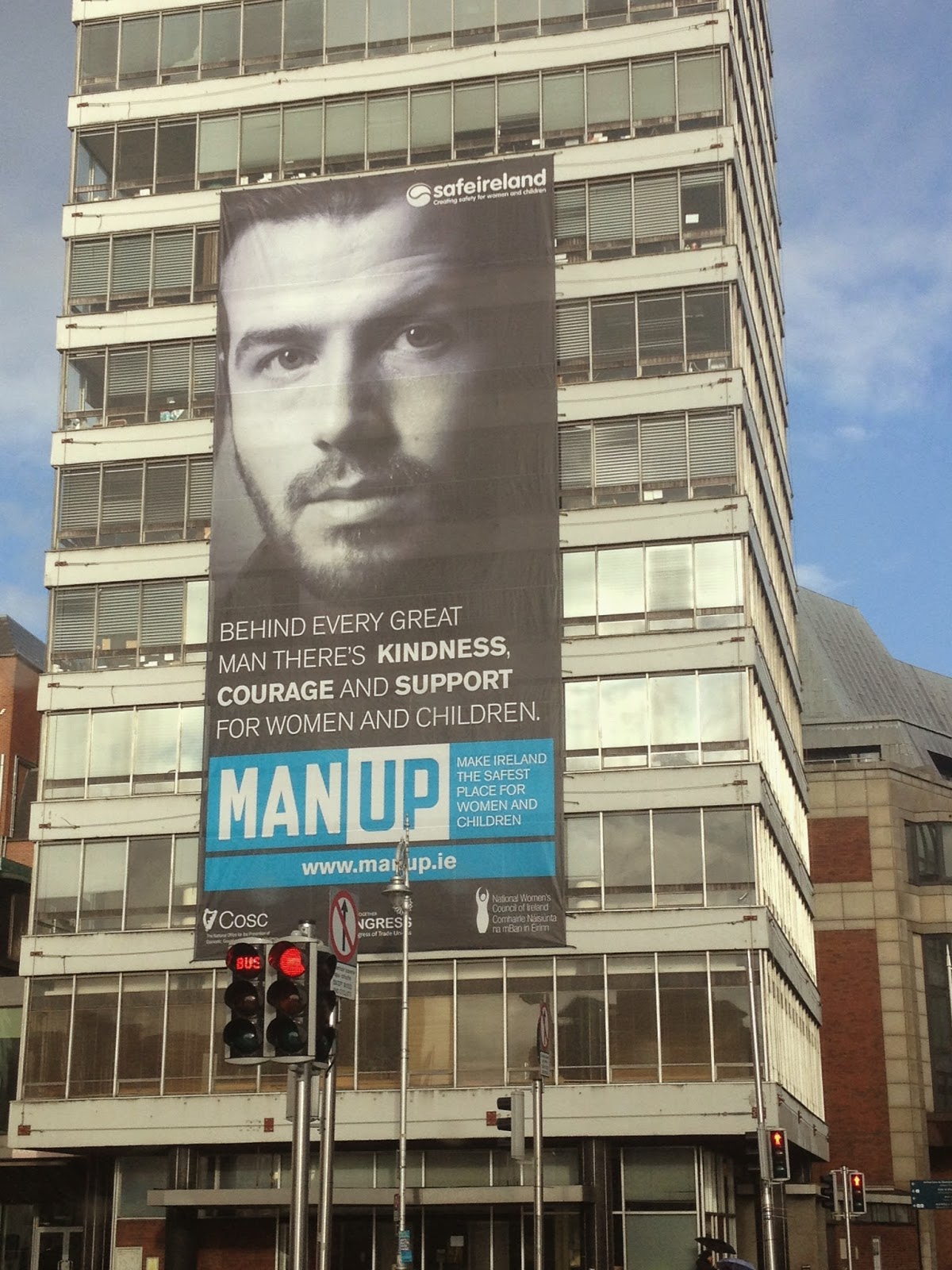 Mens health !Keep it in mind. 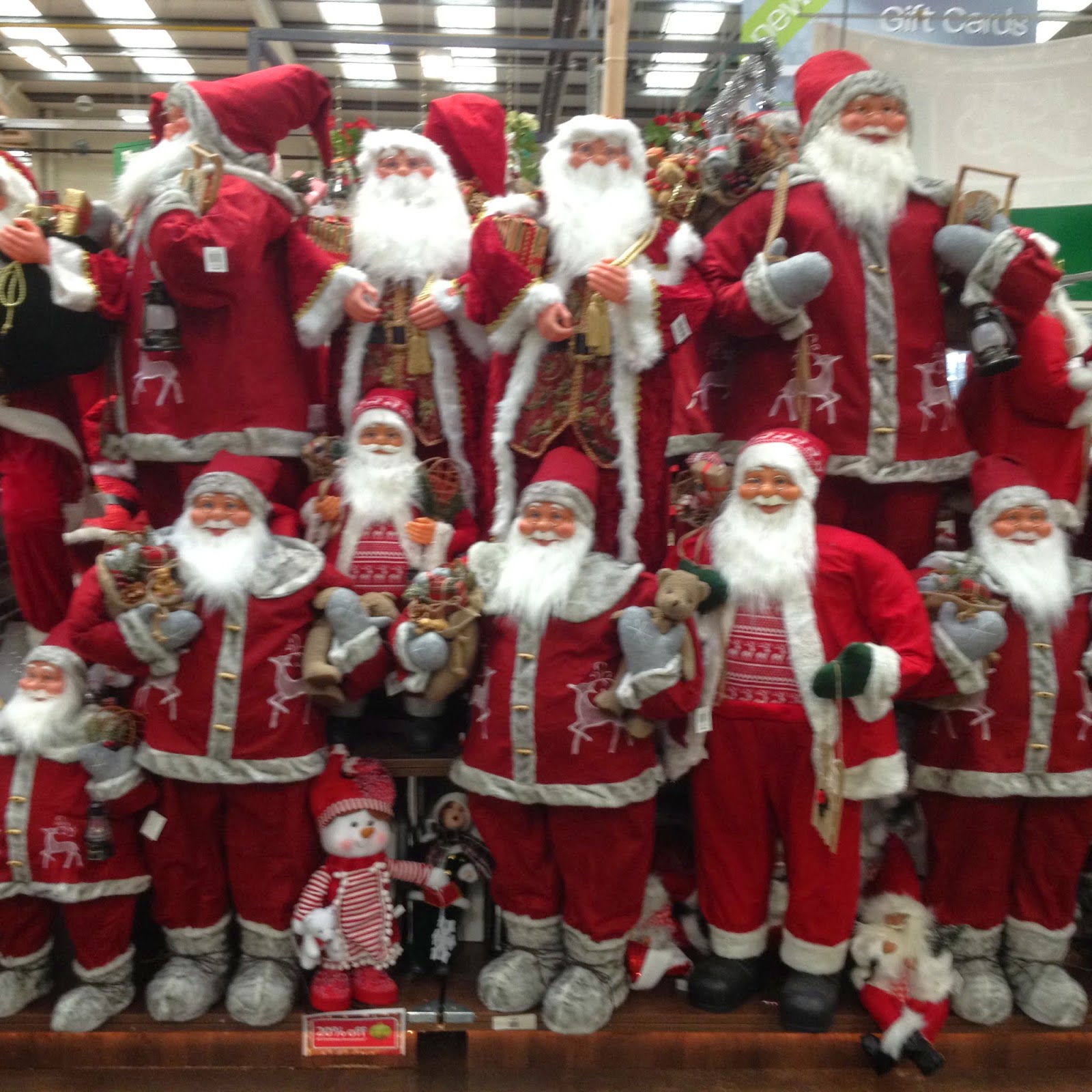 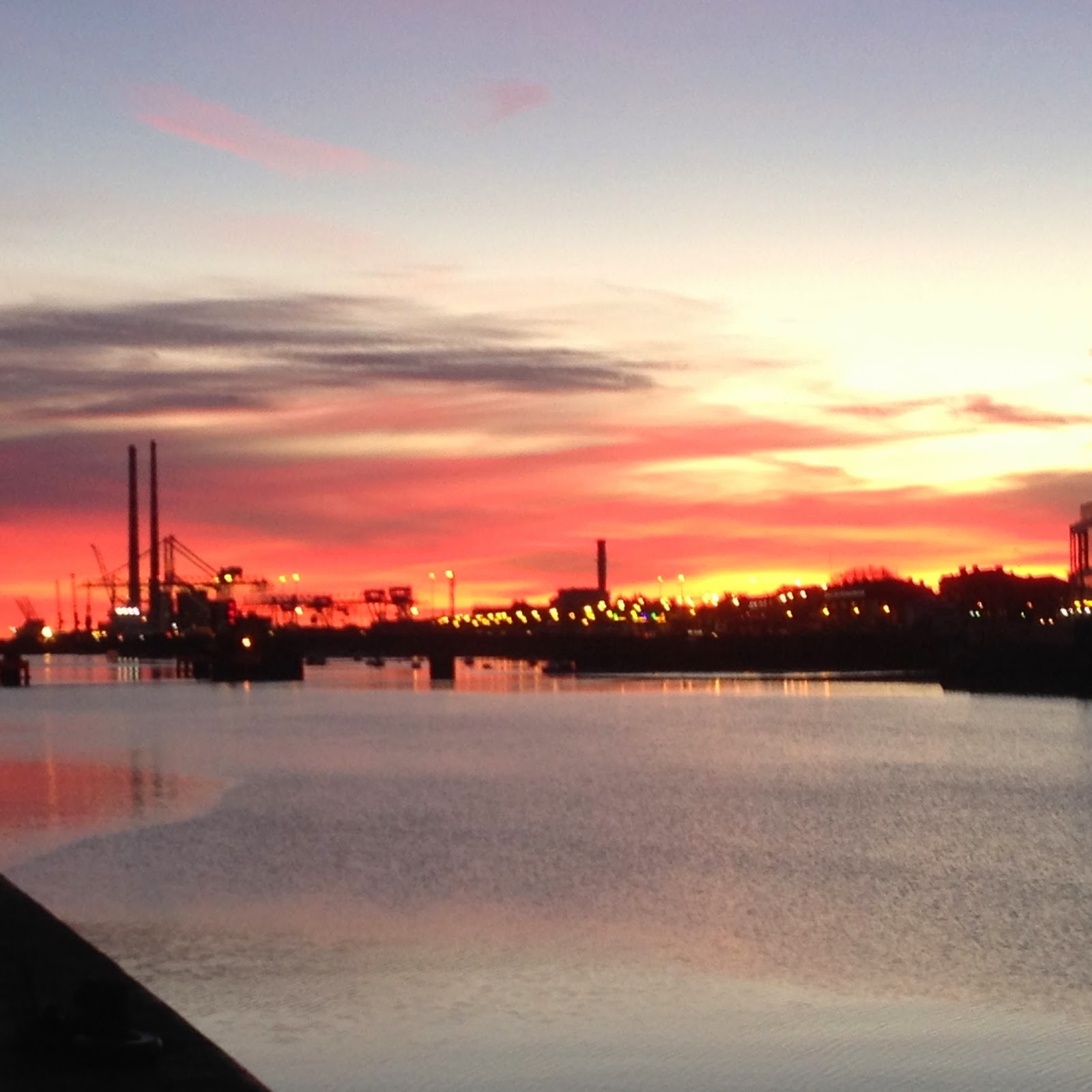 Such a dawn to start your week.


Just so you know !
There is an email going around called

"Black Muslim in the white house"

It is a nasty virus which will destroy your hard drive.
Do not open it put it into Trash  then empty the trash.


Well there I was with a good job going from Clontarf to the Red Cow when my meter went blank !
I hit it and the numbers came up again. Then on my second job the screen went again, this time just 77777777 across the screen...Down to Robinsons......the meter man
"You need a new meter"
So the car is in for a bit of work...

Strange thing happened yesterday.
Going down a hill with a bicycle coming behind me. I was turning right and he tried to overtake on the outside...There was a string of curses and the last thing I heard was "I know where you live you bastard"
So this morning when I got up to go out the back left lens on the car was broken....This is a complete unit and will cost around €200...Its getting hard to make ends meet.
Perhaps I am getting paranoid but the plants at the front of the house were knocked over the next day..

Christmas time you must get your chimneys cleaned. So a guy was recommended and he came on a bicycle, a bit short of equipment, the last sweep that came had covers vacuum cleaner and screens. I was away and my wife asked him if she should cover the furniture. "I'm not bleeden Mary Poppins" was his reply.
Well Mary Poppins put soot everywhere, from the sitting room to the hall. Just run your hand along the furniture and your fingers were black..
What a Disaster!
There was no badness in him...He is just a hopeless fool.

One thing that I do is to find little ways to make life better for yourself,a cheaper car to run, a car that won't break down and a way to tell people you are Free
I bought a flashing sign For Hire but the LED's kept blowing.
The first week I had it it paid for itself though.

The next time you are standing at the roadside try to see if the car coming towards you has passengers in it or not, the sign gives you the edge.
Yesterday 3 guys stopped me outside a hotel, there was a taxi parked on the footpath in front (illegally) But  because I was marked clearly as for hire I got the job.
They had done the fireworks before the rugby match... Nice lads

Like Paul Daniels said "you make your own luck, and the more you practice the luckier you get."

I am hoping for a days work tomorrow, not a day of stoppages.

Monday worked well
Posted by John at 7:57 AM No comments:

Well as you may know there is more to life than work. But the other things won't pay the rent.

There are few things that make me happier than to see a clever magician at work.

Here are a few magic acts which were there.
Double Fantasy have put in a few more costume changes which are fantastic.

Also from Ukraine was the juggler Alexander Koblinkov In the end he had 10 balls in the air at once.

Chris Bliss was not there, but look at this for skill

One of the main guests was Tom Mullica  He doesn't do this act any more. Well not since he had cancer. 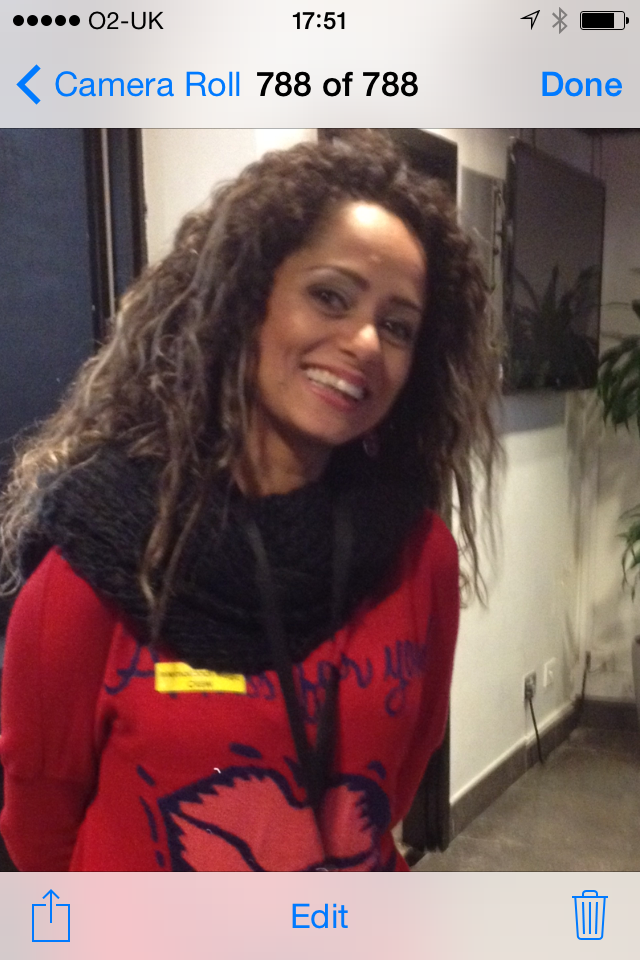 Then there are the beautiful magicians assistants like Victoriana from Brazil.
Posted by John at 10:16 AM No comments:

So It is with heavy heart that I walk away from my troubles with the Carphone Warehouse.
There are many places that I can shop in and if they short change me once, shame on them.

Fool me twice shame on me.

No one answered.
I sent texts....No Reply

I didn't see any trains heading for Holyhead on the notice boards so I asked.

"No mate you change at Chester for Holyhead"

I saw my train (The one I got off from) pull away from the platform.
So I wait 20 minutes, later I am on my way again.

The train from Chester to Holyhead proceeds at a snails pace and stops at every hamlet along the way.

As I step on to the boat the people in Dublin I had been calling ring me back.

But at that point I was like a man waiting at the Alter..

Nothing for it but to proceed.

The problem was not so bad, If people had returned texts or answered their bloody phones I would still be there.

So tomorrow I fly back to London to finish the Biz.

My young son gets my old phone and I transfer to the Samsung and re-load all my Apps.

Less all the info stored on them.

But No more Biz from me.

This is something I never wanted to write about.
I have tried many times to resolve it.

So let me start at the beginning.
The internet is great for buying things. But I have told my kids to buy from a shop whenever you can, this way you support local jobs and if a problem should arise you can just go back to the shop.

Boy was I wrong !

Back in May I decided to buy a new handset with a bigger screen, I went to the Carphone Warehouse I was pointed towards a Samsung handset. "Everything will transfer to your new phone"  I was assured.
So the papers were signed and money changed hands.
Then my phone was connected to a device where the contents of my device would be copied to the new fone.. Time passed...I went for tea and when I came back I was told that they
"Had to delete 1/2 of my photos to fit the phone book on to the new device"
A bit strange I thought and said goodbye, to go home for food.

I work with HailO and the app has details of my income, jobs,times and other information.

So I looked for my HailO app It was not there!
Or were any of the other apps.

So I went straight back to the shop where I was told that "the Apps do not transfer" Even though I was told at the time that I could continue with the new phone as all my information would be there, just as it was on the old device.

This is the first part which I find incredible.   Perhaps I am getting old.

The manager came and told me that apps do not transfer from Apple to Android.
I argued that I was told that they would and had I been told otherwise I would not have changed the phone.
I put my entire purchase on the counter and asked for a refund.

That is not going to happen and he turned his back on me.
"I am speaking to you" I said silence

So I had the chip put into my old phone and went back to work.

I wrote to the Carphone warehouse in the Omni center a few days later and got no reply.

Then I phoned the helpline 4 times 3 times I was told that a supervisor would call me back.

So I noticed that their registered office in Dublin was in Mount St (Close to HailO)
It took the people who work there there a while to find out that indeed this was the registered office of the Carphone Warehouse and they took the letter.
I was just at the point of giving up a few weeks later when I got their reply.

They had spoken to the manager in Clearys store and he told them that they assured me that the Apps would not transfer before they sold me the phone.

He was not event present at that time.

So I had gone back to the store within an hour to complain.

I only need a smart phone for work and If looses all my data I don't want it.

But the kindly PR lady said in he letter to me that she had checked with her sources and that indeed I could download the HailO app on android, which is not the point.

So since May the phone has been in a bag unused.
My son said that he would take it and use it....

I on the other hand was sold a phone which was not capable of doing what I was told it could do.

I am stuck with a new contract as well.

I have never spoken to anyone from the Carphone Warehouse directly, 6 or more contacts made by me.

Like their store manager they turn their back while I am speaking.

Please pass this on.
After all The Carphone warehouse not afraid of their customers.

So if anyone has a clue how to proceed I would appreciate it.
Posted by John at 2:31 PM 1 comment: 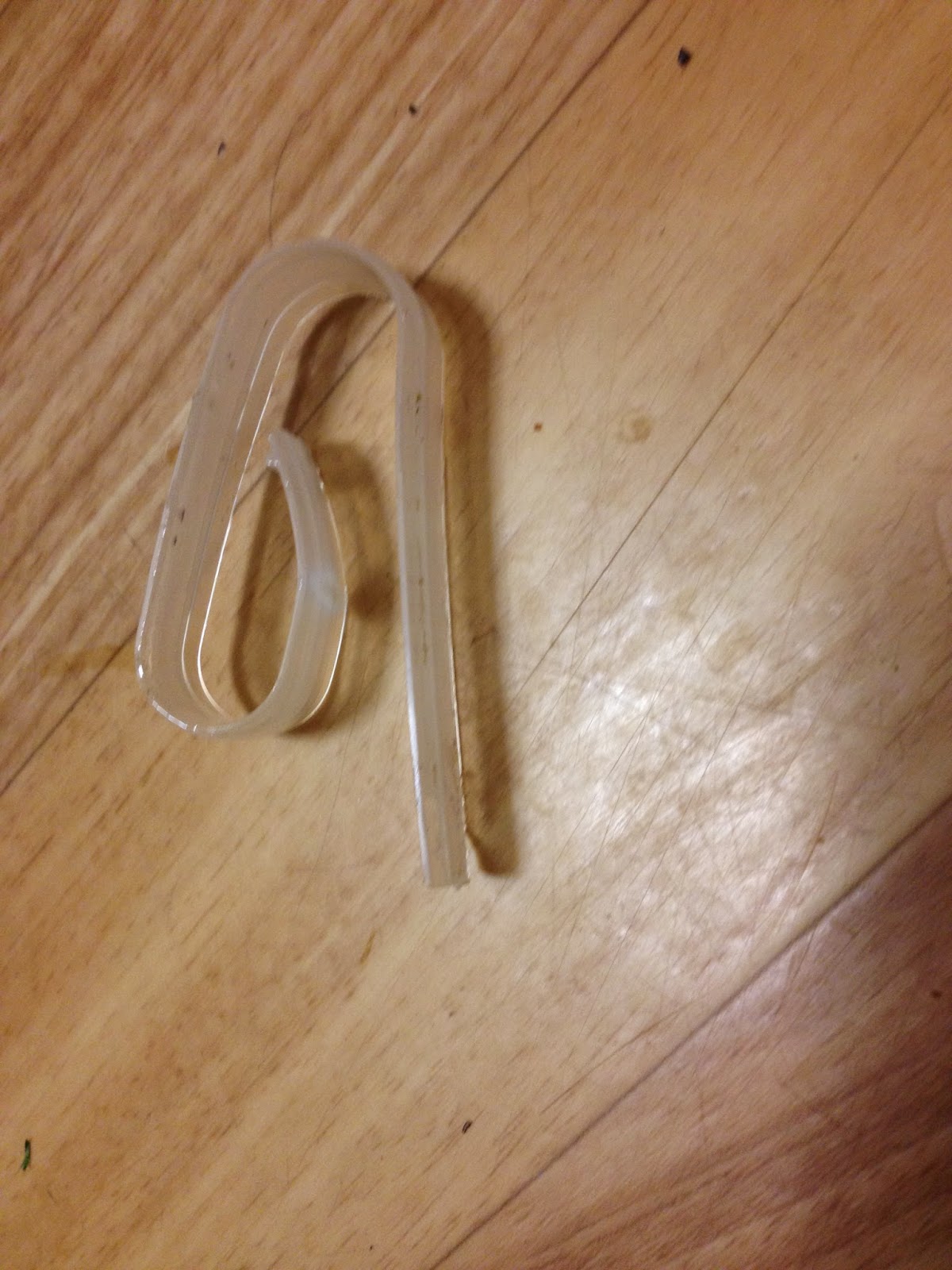 This is what blocked the toilet. 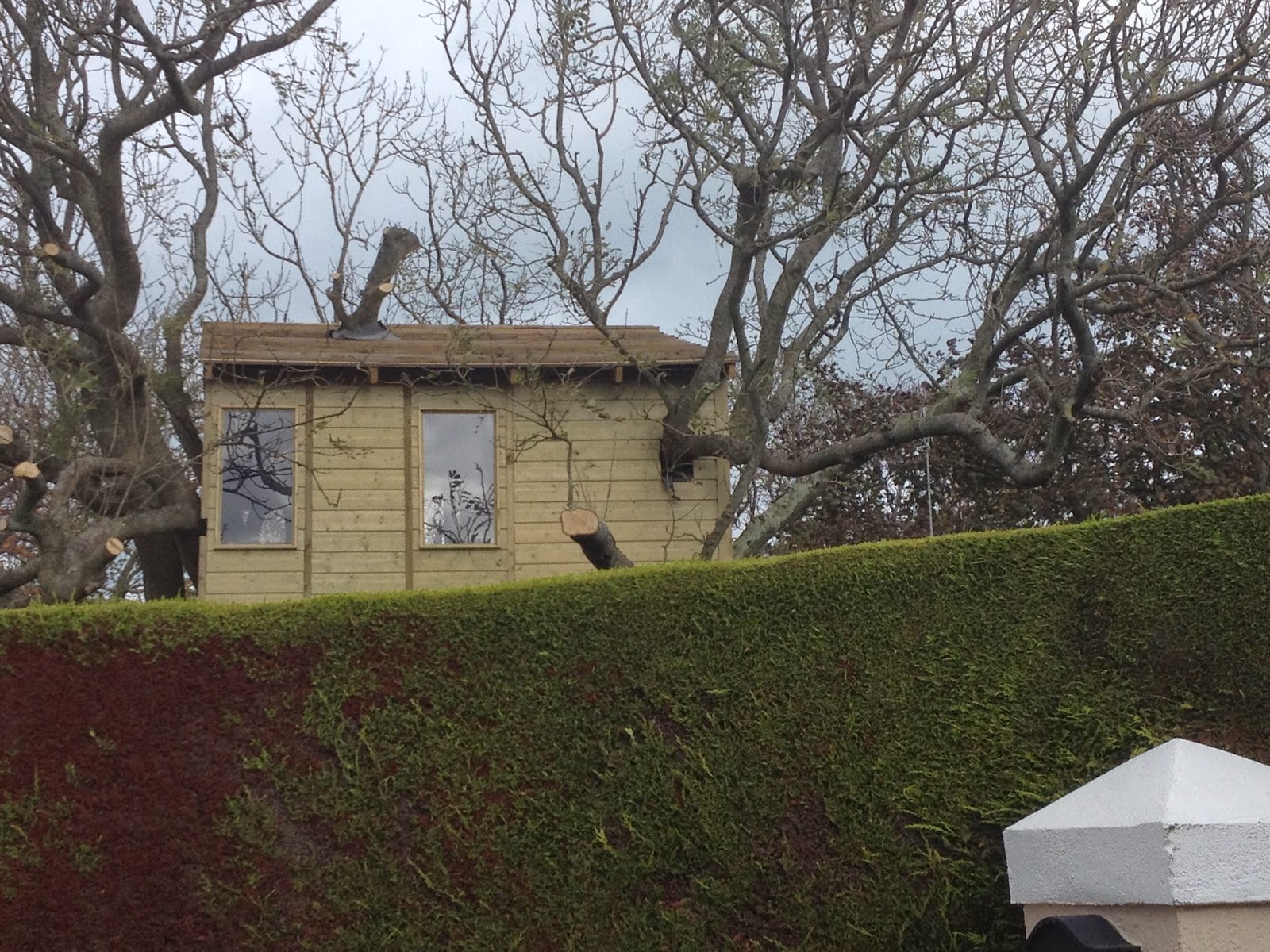 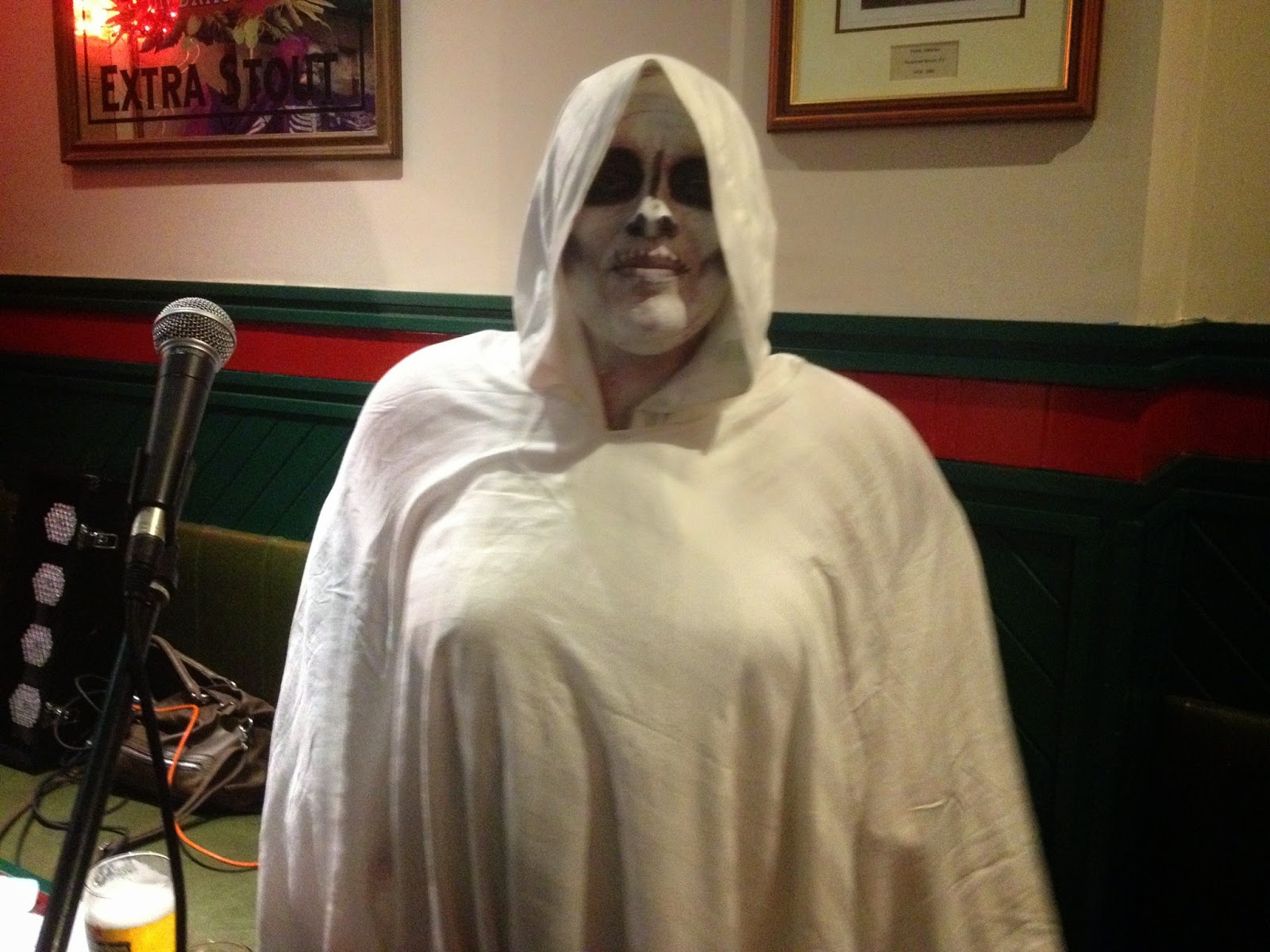 This spook popped into to sing a ghostly song. 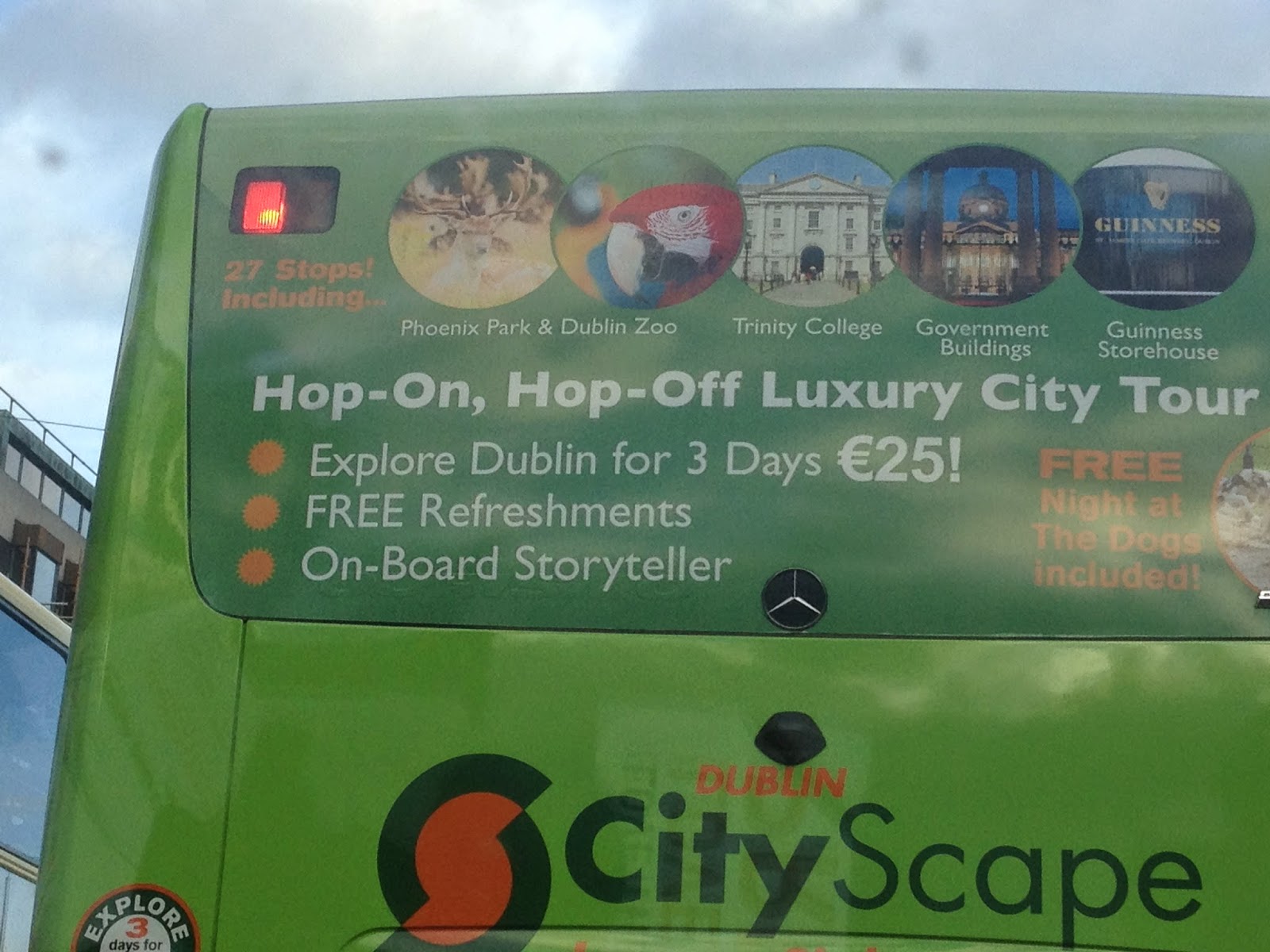 Really good value 3 days sight seeing with a day at the dogs thrown in.

Onward and upwards, over the last week I have been able to pay for groceries and fuel with cash, I expect my incoming credit card bill to be around €3,000.
That will be a hard one to pay off before Christmas.

The web summit is kicking off this week. All the whiz kids of the computer world are in town.
Tickets for the event were over €400 a pop and were sold out long ago.
Click here for more.
King Bono will be saying a few words.

A few months ago I had a woman in the car who had no grasp on reality.
The last time she told me that she was sleeping in her parents house when burglars came  into the house and tied her up. Then they took her daughter hostage.
When the police found the kidnappers they had a shootout and her daughter was clipped by a ricochet bullet. She had qualified as a doctor 2 weeks before, in spite of a broken leg and was due to marry an American marine and go to live in the states with her daughter.
Today she told me that she was attacked by 3 men who tried to drag her into a car.
"My back in destroyed with cuts where they dragged me along the ground. The police have them on CCTV but they did not show their faces. There is a Garda living in my house 24/7 to protect me."

The poor woman, I suppose at best she is not bored with life.

I am still having problems with plumbers, the downstairs loo was not clearing out the pan after flushing ,and the plumber decided that it needed a new siphon, which was installed. it was just the same, so I ran my finger along under the rim where I found a plastic clip wedged into the water outlet. I pulled it out with a pliers and got a perfect flush. But the cistern started to leak when it filled upand on opening it I found he had set the ballcock higher than the toilet handle and then he had tried to seal the handle hole with mastic..
So I adjusted the setting..Another problem solved.