Hard to find a place to lay your head down

I bought a car in Japan and it is making its way little by little. The ship is called the Hoegh Trotter and there is an app which allows you to trace a ship as it crosses the oceans.
I was glad that it got away from the Somalian pirates and then through the Suez canal.

My first job today was a guy from Lithuania who had been sharing a 4 bedroom house with 3 other guys.Then the landlord kicked them out and he has not been able to find a place.
I brought him up to Donnycarney where he was renting a room from a family
Accommodation is a really big problem. Places which are on offer are really bad. A girl from Brazil told me that she has to sleep in a bed with another girl. "She is a stranger to me it is awful"

I know a house in Rathmines where 40 girls live in a 3 bedroom house !

Bunk beds 3 high.What a opportunity for the spread of TB or worse.
Each one leaves and someone else jumps into their bed straight away.

Google HQ is in Seattle Washington USA. When they moved in they squeezed out the local people, a tent city appeared filled with people who couldn't afford the rents.
The solution was simple.
Bulldoze the encampments and kick the people out.

In a brave new world run by Donald Trump expect to see more of that.

If you click here you can see how things can change for the white people in South Africa. 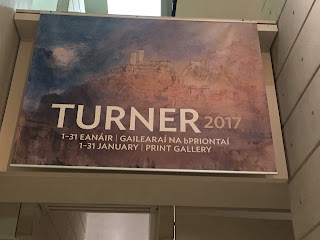 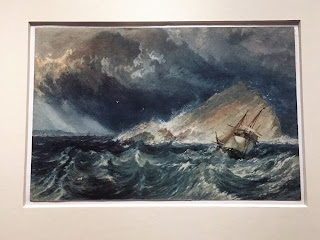 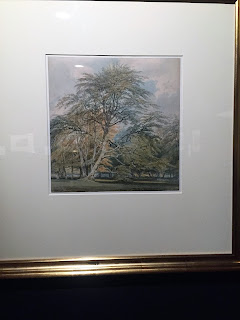 For the  month of January every year the paintings of Turner go on display.
The light is at its lowest ebb during Jan so the watercolors will not get damaged by light.
The gallery is closed on Mondays so time is running out.

When you go around drop into the gallery shop.
They have a great collection of books, guide books and photos of old Dublin.
Here are 4 that I bought.

So go to the National gallery before the month is out. 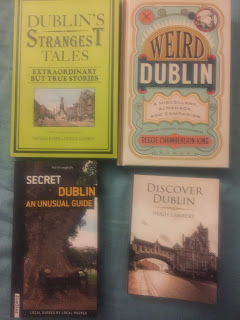 Magic around the corner.

Back to work with a bang and its hard to get back into your pace.
In a few weeks my car will arrive just in time for my return from the Blackpool magic convention.
This year will be great click here Most of the acts will not be known but the FISM  European championships will be held so there will be girls jumping into and out of boxes, doves coming and going and huge puffs of smoke.

Remember this guy.
He worked in Circus all his life.
Now he has an act you could travel the world with.


I too eat porridge every day summer and winter. it is a great food.

Taxi driver wake up. The world owes you nothing.

When I came back from Budapest I got into a taxi at Dublin airport and ruffled the drivers feathers straight away by showing him the way to go home. I hate when taxi drivers take you the scenic route, for myself I love to be told which way they want to go, no hassle either way for me.
He had worked for the Evening Press a paper which closed down around 20 years ago.
Since then he has driven a taxi and hates it and the world.
That will not help him one iota.
He slowed down at green lights hoping they would turn amber.I pulled him up on it and told him that he was creating a negative image of himself. As quick as a could I started to put ideas his way.
"Did you ever think of HailO" I don't like to pay them 12%
"12% of a hundred is better to pay than 100% of nothing"
He was pissed off because he had been waiting at the airport for 2 1/2 hours..
"Yet you paid €420 for the airport taxi pass?"
I bet there was work in town

There would be no victory for this guy.
"Get up at 5.30 and get a few early morning jobs under your belt."
Everything was a no no no

So at journeys end I got out and while he stays in the car.
I closed the boot and then he had to get out to be paid.
When I give him €5.60 tip he nearly fell over.
Some day he might waken up.

Here you are two big lessons in life


I often knock once on the table and ask them "Whats That?"

The BIG money is in Dublin Today 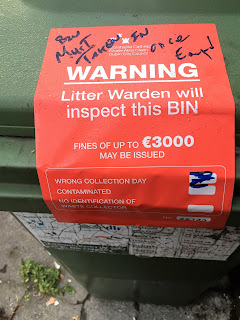 Irish people are a strange race.
A girl from Switzerland in the taxi went mad when I spoke about the weather.
"What is it with you Irish! Every 5 minutes the weather changes and you are surprised like it has never happened before!!!!
Accept it. You don't live in California...Get over it!!
There is no point in taking someone like this on for sure.
You would be killed.

So today there is a big event on in Dublin.
Its the aircraft leasing and financing Pow Wow and it is a really big event.
I have a pile of books to read when I get time and one of them is called "Crash landing"
It is about a guy called Tony Ryan who started an aircraft leasing company called GPA
Guinness Peat Aviation was the worlds first global aircraft leasing company, then they had a huge financial crash to the ground when their shares collapsed owing to a few unforeseen circumstances.
Tony Ryan was in a bad way then when a young accountant who worked for him helped him to hold on to his home. The accountant bought a shop in Terenure and was working hard when Tony Ryan saw an opportunity.
An airline in the USA called South West Airways (I Think) had a model for cheap travel and Tony thought this might take off.
He approached his young accountant friend to have a look.
Almost a battle followed between Tony Ryan and Michael O'Leary and the famous words to Tony Ryan from O'Leary was..
"This will never work, I'm going back to my shop"
What do you know a thing called the internet came along..
Just at that moment
Now today Ryanair is the biggest airline in Europe.

I like storys about people taking a big hit and coming back better than ever.

One night on Fitzwilliam Sq. there was an E class Merc broken down.
It was brand new not even registered.
I asked my passenger if he wouldn't mind if I gave the other driver a shove.
I asked the owner if he had run out of petrol as the car was brand new.
He cursed the heap of shite and told me that if I gave him my keys of my car he would give me the new car as a swap.

"Its a total heap of crap! I am bringing it back"
But they won't just take it back I said.
He said that they will take it back from me for sure.

When the planets line up in a certain way things happen, if one planet has moved a different outcome follows.
"Can you take me home?"
"Sorry I have someone on board" I said
50 yards further on the passenger said.
"Do you know who that was?

That was Tony Ryan"

As I say the stars were not lined up for me that night, or I would have said "Jump in and I will take you both home".
Perhaps the next time

One of the guys in the taxi from the aircraft leasing seminar told me that wherever you go in the world China, Argentina, Timbuktu or Australia you will hear an Irish accent.

"Its what you guys do, you lease aircraft"
Posted by John at 12:53 PM No comments:

I was in Budapest and I came home wiser.


I went to Budapest to have my teeth fixed, this clinic advertises on the radio constantly, so I said I would give it a try.
The first trip they assessed the work to be done and took out a couple of teeth and sent me home with temporary dentures and told me to come back in around 8 weeks.
When I came back they said that I hadn't had 2 teeth extracted in Dublin, which they had instructed me to do!!!
When did you tell me that? I asked.
It was in the letter we gave you going back.
They wanted me to go back home there and then but I persuaded them to take out the offending teeth which they did.
Back home again and then they wanted me back in the weeks just before Christmas.
No way would a taxi driver give up the busiest time of the year, so we scheduled the visit for now.
Four weeks were set aside.
I would have a Hollywood smile and no dentures by now..
Then after another Xray and a 3D scan came the news
The jawbone is not dense enough to support the implants..and even the top jaw where they had put in a socket could not be guaranteed.
Then they pulled out about 7 teeth and when the gums were swollen the took an impression and gave me dentures.
The dentures wobble around and hurt me.
So I am at home, this is the second Ryanair flight I had to buy last minute, not a cheap proposition.

On the way home I spoke to 4 other guys from Dublin.

None of them were happy.

I was passing this wonderful sight when I remembered that you miss all the photos you don't take.

I hope you made it through without any crashes or breakdowns mechanical or physical.

So now for me I am finally off to Budapest in Hungary for the guts of the month. I am getting my teeth done and I have some doubts, but nothing ventured nothing gained.

For taxi drivers who do not have a dashcam looking forwards and backwards
Look at this. Get a Hi deff one.


A few years ago I had something happen but when I tried to contact the Garda only to find that no help came.
Then on another occasion a girl was being trafficked and I hit a no response again.

This story will waken you up. I found it again.