The Turner water colors are on display in the national gallery on Clare St until next Wednesday.
The gallery is closed on Mondays.


On Friday I went up to the taxi meter man.
A lot of taxis waiting, much confusion.
Some with appointments others like me looking for appointments.
Then Charley the owner came in and looked at the confusion.
"Who has no appointment?"
Then he handed out 4 legal meteorology form books, "fill these out and I will do you all now"
True to his word he updated all the meters, each one taking 2 mins and costing each driver €75.
Ouch
Then the meter has to be sealed again ...another €86.10
All this for a 3% increase, the last one was 4 years ago.
Its a rip off and a racket.
Plus time wasted.

Spare a thought for James Stunt the x husband of Petra Ecclestone of formula 1 fame.
He got himself into the record books as the victim of Britians biggest burglary.
£90 Million. in cash, gold bars, jewelry and watches.
No CCTV and no insurance.
At least he still has his cars one of which is said to be worth £3.1 million.
The couple were once said to be worth £5.5 billion
But are they happy?

Then there was a french music teacher who created a double identity to claim social welfare payments and now owes the system €175,000.
But he has seen the error of his ways and he is paying it back at €100 per week, or if he keeps it up its €5,200 a year ! I wonder did he surrender his passport.

I wish my taxman would give me the same opportunity.

I had a man in a hurry who no matter which way I was going was the wrong way.
"Look I think I will just jump out here!"
I told him to pay up or tell me which way he wanted to go, not tell me that every way was the wrong way,
It seemed to work, he shut up and in the end he gave me a €5 tip, then he apologized. Things are quiet at present

Then Prize it open with a small screwdriver 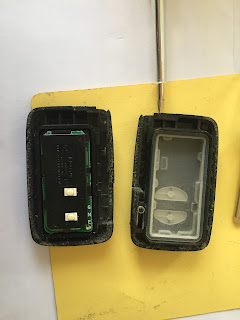 Then open it up again to expose the battery 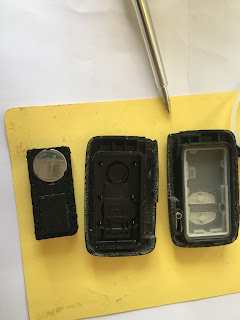 Photograph each step to prevent you putting the covers back on the wrong way.

I came across this story about a blogger who thought it would be nice to stay at a Dublin hotel and she would pay with a good write up in her blog.
The hotelier said NO WAY.
This attracted the blogger to argue that the publicity would bring him extra business.
But the judgment would be biased from the start.
Anyhow how would this free publicity pay his staff or cover his overheads.
The blogger was a bit of a whinger and she took another swipe at him.

Then her "Fans" started giving the hotel negative ratings even though they have never been to the hotel.He has taken it up with google
Read the story here.

There was a restaurant close to the Westbury hotel and the one across the road was closed down and they were stripping it out. On the wall was plaques saying "So and So" says eat here.
"You should take a few of them and put them up" I said to the guy across the street.
He has since retired since but he told me. Those plaques cost more than €400 each and I doubt if the people who recommended the restaurant ever ate there.
He told me of a place in Italy where the business was very very good.
The maitre'd chatted to his patrons who enjoyed the food without exception.
There was a bench at one side where 4 people sat every night.
If a table didn't turn up they got it. Then if they waited until the end of the night they got a free meal.

He told me that one day a small French gentleman had his meal and asked for the matre'd.
Good day sir. My name is Egon Rone of the Michlan guide and I have just had one of the fantastic eating experiences of my life. My staff have eaten here before and tonight we are giving you 2 gold stars. This has never been given as a first time before!

He shook hands with the little Frenchman and introduced him to all his staff, never saying anything about the award. When he reached the store rooms he then told the Frenchman how honored he was that he should be offered the award.
We will not be accepting it, you see we cannot cater for more people, all I can do is to keep the standard high and my staff happy.
Our staff would come under pressure, critics would arrive to write a negative report to elevate their standing in the Sunday papers,
Some may even arrive and demand free food.

This will not happen.
So here is your bill
Please do come again and I hope we will impress you the next time as well.

Quite a few chefs have killed themselves over the pressure of a gold star.

A famous house on the SCR 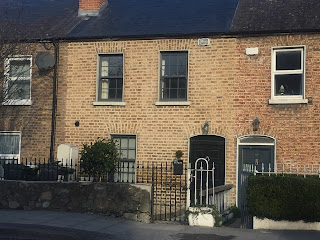 There is a house on the South Circular Rd where a very famous person once lived.

Did you ever hear of Jean Darling ?
In the 40s she was a superstar in the mold of Shirley Temple.
When I got to know her she was elderly and could be mistaken for a bag lady.
Her mind though was as sharp as a tack. When she found out that I loved magic we became friends for the rest of her life.

Her mother brought her to Hollywood against her fathers wishes when she was very small and she became a star, as the work started to dry up. (She was no longer a cute baby face) she was approached by the inland revenue.
"Miss Darling .you haven't paid any income tax"
Mummy was taking care of all that but she had given it all to fortune tellers then the mother pissed off and Gene did a little bit of this and that.
Paying her taxes as she went.
One day she met her life's partner Kajar the magician.
She toured the world with him learning every facet of presentation and illusion craft.
When he died she came to live in Dublin, she was a bit of a recluse.


Here is what Wickipedia says click here
Posted by John at 1:32 PM No comments: 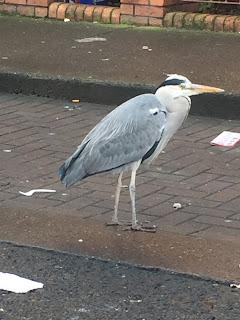 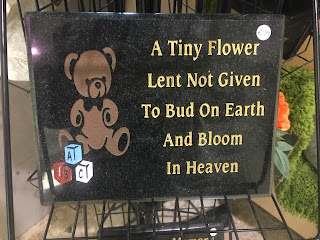 On Friday I got the news that an old friend of going back almost 50 years had died.
He had fought MS for the last 20 years and a bout of that nasty flu saw him off.

Life is cruel, his wife looked after him during his declining years, no easy task.

The old taxi drivers joke goes.
"When I die I want to go peacefully in my sleep.
Just like my father did.
Not screaming and shouting like his passengers."

There was another awful story in the papers last week.
A baby of around 20 months died in strange circumstances and an autopsy revealed the cause of death.
The child had swallowed small shards of perspex !
They had lodged into the esophagus  where it later pierced the membrane, then after some time it went through and cut into a blood vessel causing massive bleeding.

God forbid that I should ever feel sorry for myself.
Posted by John at 3:32 PM No comments:

All the way from Turin


I was passing the  L'Occitane shop and I popped in

I saw the sign 50%off
I went in and picked something out only to be told.
"No sir that is not a sale item"

Note to self...Stay away from them in future..

The other day I picked up a lady from Italy Turin to be exact and she told me of her plight.
She came to Ireland in November and has not managed to find proper accommodation yet.

She is staying in Air B and Bs or guest houses since then.
I suggested some things which might work.
Then as I was sorry for her I gave her my number and she gave me hers.
The next day I visited a friend whose late brother has hundreds of apartments in his property company, a few near where she works into the bargain.
I sent her a text to expect a phone call from them.
For three days now she never contacted me to say she got the message.
This introduction means that she would not be trying to beat other renters to the flat.
An easy ride.
And not even a simple thank you.
Four days later she read the message

Well I suppose you make your own luck in the end of the day.

.
A guy in the taxi had brought his wife to London to visit his his daughter.
But the daughter got the flu and had to be hospitalized for 5 days. It cost her  £6,000.
Shit that would make anyone sick.
They brought her dog home by ship as she was not well enough to care for the dog.

So tomorrow I am off the Boots to get the jab €25.
At this stage they now know the exact strain of the infection.
We taxi drivers have people sneezing and coughing over us all the time.

I went into a TV shop to buy a new telly.
Then I asked for a toilet. "We have no customer toilets, but a store 3 units down has a customer toilet"
So I walked down to use the toilet and the humor of buying a TV had gone off me.
But today the that old telly of 15 years gave up the ghost for good.
So I have one picked out and I will get it tomorrow, and for sure it won't be in the store with no rest room.

Did you hear about the fire in Liverpools Echo arena? 1,400 cars destroyed.

Now where is the guy who didn't put in a sprinkler system ?