Do I know you? 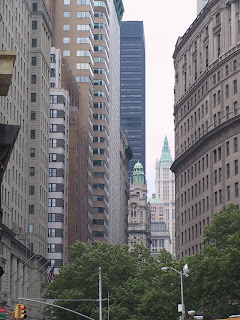 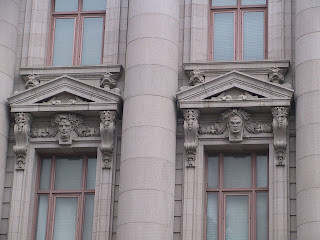 Smithsonian Institute to the native Americans

(click on the boxes if the photo in not there)

Who would go to New York and take so few photos?.
I would.
But I will share them with you.

You never really know who you could meet in this game a pop star perhaps?
He will be surly, almost refusing to tell you where he is going in case you engage him in conversation,then even when you carry his bags into the lobby at journeys end he might try to leave you short, all because He is a star.

No TIPS it shows a lack of rearing thats all

Or a shop girl from Dunnes Stores. The shop girl will be funny, clever and witty.
She will be inclusive in her conversation.
She will also show a good depth of knowledge in many aspects of life and will tip well.
Then thank you.

"You are a life saver,have a great day"

One gets out and the next one gets in.
The next thing you are at the Airport.
They must have a big magnet there which draws taxi drivers to it.

I have had more bad jobs from the airport than good ones.

So there I was after going through the queue standing at number 3 in the rank.
A guy walks up to the cars in front of me,they nod no.
Then back to me and says.
"Will you accept American dollars?"

Luckiest day for me "Yes"

We were OK together, he had 2 kids and a lady who did not join into any of the banter as we went through the Irish countryside in the darkness.
I hit lucky with a radio station which played good rock music and the kids sang along to the music.
"Do I know you, your face is familiar?"
"Everyone says that to me" was his reply.

We spoke of this and that and then I spoke about a DVD which I had bought on the recommendation of a customer, "Traffic" A big discussion on drugs followed.

I gave his kids the story given to me by a reformed heroin addict.

"Heroin was great It was. It was like being in love with the most beautiful girl in the world, you would do anything for her.

Then your eyes are opened and you see that you are with the most hideous hag you ever saw"!

His story was moving and frightening at the same time, he never dreamed that his world would turn in such a direction.

I am clean now and I work with addicts but this city is falling down with drugs.

He took out a note book! "Are you a reporter?"
He said that he is a busy guy and he constantly keeps notes, so then he does not have to rely on his memory so much.

I have to say that he drew more from the conversation than he added to it.
Then we started to talk about the movie in detail and he knew he knew his stuff.
We spoke about locations, photography and lighting. Then I said that the plot seemed to have a piece missing near the end.
"I didn't notice that, I will look at it again,though my copy is a studio one".
We spoke about how important music is to a movie,"almost as important as the script" he added.

I mentioned Magic and the Magic Castle in Hollywood."Franklin Ave?"
The note book came out and the names of a few good guys were written down Bill Malone Billy McComb etc.

Next topic was golf, would it rain? the weather forecast was 50/50. The Ryder cup was to be played at the K club later that year.
Sorry I don't play golf.

Work is what people do who can't play golf.

What kind of a place was it?
Luxury in a word,its the place where the Smurfits live and there are some other wealthy people living there.
They say that Bill Clinton has a house there.
"So its not for the like of me and you".

The architect who designed it has a car which once belonged to Prince Charles,an Aston Martin."What color is it?" "Racing Green" "Thats right it is".

A beautiful car."I have one too and they are a dream to drive"

When we arrived and I pulled out the bags and carried them into the lobby.

Your face is so familiar,look, let me shake hands with you because I will be kicking myself when I later recognize you. Sure,OK and thanks for the trip.

Off I went and the day was fine so I suppose he got his game of golf.

When I later found out who he was I wondered why the limo was not waiting to pick him up.I can tell you that he is a real gent. Very sharp mind.

He turns to the camera
"Before I start I would like to speak to someone.
John if your watching thanks for bringing us to our hotel last night,it was a great trip and I really enjoyed it"

Well if I was him I suppose I would not say who I was either.
The whole conversation would change.

Its nice to have a normal conversation.

We will leave the last word to Miss South Carolina
Or the very last word to her parents
Posted by John at 5:13 PM