To all the immigrants 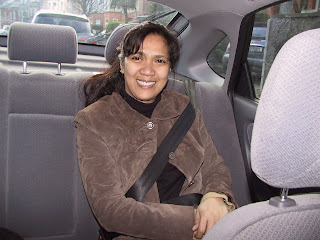 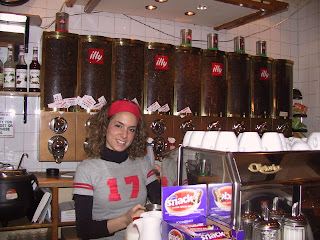 A special thank you to all the wonderful people who have come here to Ireland in the last 10 Years. They have made Ireland the success that it is today.
People like Winnie form the Philippines who looks fantastic, when she told me her age and that she is mother of five children I nearly fell off my seat. Carla came from Sardenia and worked in the coffee shop, she never served cool cappachino and was allways happy.
There are thousands of immigrants here from China to Brazil.Estonia to Mauritius.
Our supermarkets,hotels, petrol stations and hospitals would all have to close without them.

I wish you all a happy Valintines day.
I hope your letterboxes are full of cards when you get home.
And for all my Chinese cab riders HAPPY NEW YEAR.

Ireland is not the most welcoming place, I have seen children in the inner city taunting Chinese and Blacks,this comes from their parents sad but true.
Polish men among others have arrived in their thousands to share the Celtic dream. They came without English, contacts and spicific skills.So many have become homeless. There is a friary down on Bow St where they provide meals for 200, mostly homeless Polish men on a daily basis.
Others find work and are promised to be paid only to get half the money or none at all, they have no one to complain to.
You know the Irish had to flee poverty from the 1920's, up unitl a very short time ago.

I hate to go back to that Brazilian girl I spoke about a few weks ago BUT.
Ruhama the charity which helps prostitutes back to normal life are starting a fund rasing drive to collect money and unlock the sex slavery in Ireland,Its a key ring! Support it.
Look out for the collection boxes!

For myself I have only rescued 2 girls who were unfortunate to have landed here with the promise of a new life.

The first was an African girl who had no english at all the first time we met. I was doing electrics at the time and I met her three times in the next three or four years.

Then one night after working all Saturday night taxing I saw her at a phone box on Mount Prospect Ave.
She was distressed so I brought her home. She told me her story over a cup of tea.

Her "aunt" had brought her over to look after the kids just in the evening. In return she would be fed and her education would be paid for. She would have Sundays off..Sounded so good.
She came over with no english, her job,in reality was to be a slave.
Get the kids up fed and off to school.Clean the house, get the lunch, make the kids do the homework. Get the dinner. Bath the kids and put them to bed..
No days off. No money and worst of all no school.

She wanted to get to London where she had relations. she wanted to be a nurse. She had been trying to get a plane in the days before Ryanair it would have cose an arm and a leg. I had spottted an advert for London 12 quid, by bus and ferry. I rang the number and within the hour she was on her way fair paid 5 Irish punts and 20 Sterling spending money(all my money). I gave her my number and she said she would ring..She did not ring...Not even to say thanks. Quids down if I was done out of the money it was in all honesty not my fault. I did feel that I had done the right thing and felt a bit hard done by.

4 or 5 years later the front doorbell rang and there was this highly excited Niaomi Campbell lookalike screaming my name and hugging me. I didn't know her and she had to explain herself to my startled wife and kids. Black girls when they dress up with war paint and beautiful colourful dresses will knock you for six.
Wow factor!
She had arrived safely but had lost the piece of paper.
She had qualified as a nurse in London so.
Now she had come back with her boyfrend to talk to the "Aunt".
Her aunt was gone (came to a sad end) and it had taken her hours to find my house.

Boy, I for one am glad she found her way back,I had lost my faith in human kind by then .It made me happy that 40 or so quid had made a difference.
I guess I can take those pins out of the Voodo doll now.

The second girl was sitting on a suitcase at Heuston station, crying so I did not want to approach her in case she thought I was a pervert. An hour later I was back on the rank and things had slackned off. So I stuck my neck out.
Are you OK?
She got pretty excited and was talking away in what I figured was Phillipino..She trusted me to get into the taxi and take her off.
Luckily the week before in a guy had hired me to bring gallons of paint to his new company Phish. It was to help Philipinos in Ireland. It was in Sackville place.
They started talking away when we went in. I said I would call back later.
Around 4 oclock I called back where the guy told me how how she had been brought over and been held prisoner in a house in the midlands...Same thing no money or days off. Not even allowed to eat with the family,passport taken.
The Garda got involved bigtime and arrests were made that day.
A week earlier I would not have known about Phish.
I guess we were both lucky to have met each other that day.


Nothing much to report apart from that,except for the other day a steel salesman was in the car to pick up another guy then off to the red cow(another word for traffic congestion) the fair came to e28.
I took out the bags and he was a real pro..Here you are mate. Just give me a fiver back, you can keep the rest.

Now all cabbies know what happned next.

I jammed the wad of notes in to my pocket and moved away quickly unblocking the traffic only to later find that he had given me e30.

Well its a lesson I will learn until the next time, when I will be caught again.

I am not that slow usually. Once I remember one guy saying there's a fiver extra there for you. But I felt the wad and tipped the door locks. when I pointed out he was a tenner short his wife made him give me a 20. She was a bit pissed off with him.Her parents were with her at the time.
Grounds for divorce I reckon!

But I guess thats people for you.
Mind that was in Punts too.
Drive safely Look

Oh yes Winnie! she is 46 not a wrinkle or a grey hair and no makeup!
She looks fantastic.
Hope you all get loads of love today.

Bless them all, the long and the short and the tall.
Posted by John at 11:13 PM