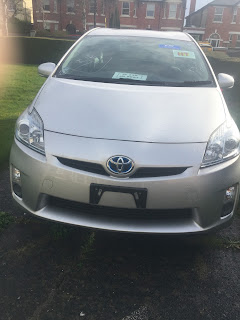 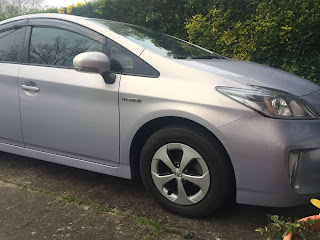 A rescue helicopter crashed killing all 4 crew members.
2 bodys have still not been recovered.

A customer in my taxi told me shortly after the crash that the rock that they hit that night did not show up on the satellite navigation system.
Time for a big think and fast forward to now.
All over the news today is the fact that the black rock is not on the sat nav system that was on the rescue helicopter.

Common sense is not as common as you might think.

I may have told you that I went to school with a radio officer who worked on a ship in the North Sea.
A ship was approaching him one day with its bow doors open.
He radioed him on the emergency channel to tel him that if he failed to close his bow doors now that the wash from his ship would flood his car deck.
The door was closed and the same thing happened again later.
But one night no one noticed the doors open and the wash from a passing ship flooded the car decks and she went down..The herald of free enterprise sank.
Thank God the emergency channel calls were recorded and the captain got jail.

So a really strange thing happened to me a few days ago.
I bought 2 cars in Japan and had them shipped over.
The first one arrived and I got it ready to pay the taxes and get a number plate etc.
Then I got an email to say the second car would be with me in a couple of weeks.

Then I got an email from the docks in Holland that my car had been landed  but it wouldn't start to put it on the other boat to bring it to Dublin.
Would I pay €15 for a battery for the key fob?
I told them that you could buy 4 battery's for €2 and I wouldn't pay.
So then they reminded me that this was my problem not theirs and storage charges would be factored in.
Then they said that there was a bigger problem and they would put it on a car transporter to bring it to a Toyota garage to have the software in the gearbox re calibrated for around €300.
Don't forget your car is being charged for storage.

I rang the export company in Japan 2 times on Skype.
I rang the live chat line 2 times and I sent 4 or 5 emails.
Nothing! no reply at all.

I wrote back to Holland and told them that I wouldn't send them a penny.

The very next day my agent in Dublin rang me.
"John your car is here in Dublin port, come down to collect it".

The car is absolutely perfect.
The best example I have ever seen.

Depending on whether I get a reply or not from the company who sent me the car from Japan I will supply you with their details.

The stress in dealing with this was terrible.
Blackmail is still a crime after all.
At least I think so !
Posted by John at 12:59 PM