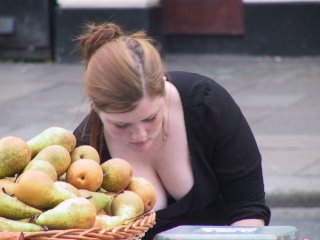 Today we got the good news that the taxi regulator is gone! Left the job, was he pushed? Who knows. Job half done didn't even work out his notice.
One thing for sure we will have to watch our backs whoever takes over.

Changed my routene decided to give the aport a go. Barrier still not up, so the new passes are still not operational. Got a lift to Palmerstown, went via the M50 which turned out to be a carpark..Got off at Navan Rd cut through Chapelizod and back up to his house. He didn't know the road too well but it was a great choice of route as there was no traffic.
He was a lighting technician for shows, rock concerts etc. He said an interesting thing though. When you are on tour you have to remember who you are at all times. Noel Gallagher might be taking your cigarettes and having a laugh with you, If you forget who YOU are for a moment you are out so fast that your feet won't even touch the ground.
Strange to say the people who are left behind will never mention the name of the person who had "To walk the plank" Seems like a great job for a single guy, tough on relationships if your'e married.

Had a great looking woman in the car later on today. Immagine the mix in he breeding Indian dad. Mother Philipeno/Spanish. I had to say how south American she looked. I said that its a pity we had not met 20 years ago. If we had she said I would have been in Kintergarden. Philipeno people love to laugh. Her husband is an engeneer and they are all living together here.
It is very hard for emegrants living away from home without loved ones. She was a bit annoyed that her husband would not stay in Manilla he had a good job. Part of his job was looking after tenders and for contracts but the scale of corruption and bribery is so much part of the system that he decided to make the break. They needed the money. Corruption is indemic in the Philipeans and its not like here where someone gets found out, though little happens.
I mentioned the money for the tsunami releif, and how it never got there. The corruption is so bad that starving people are robbed by the government officals, everyone knows about it, but it has been going on since before Marcos and no one cares any more.

They seem to be on top of their game here in Ireland and happy, I hope they settle down here.

The wind is howling outside as I write. I am fortunate that I don't have to go out. Not like sailors and fishermen who are facing 20 foot waves on the sea. Two trawlers have gone down 7 men lost 2 rescued. This is a really tough time for all the fishermen.This is what its like when things turn really bad. Think of RNLA when you are in the shops and drop a bob in for the lifeboats.
Posted by John at 9:54 AM