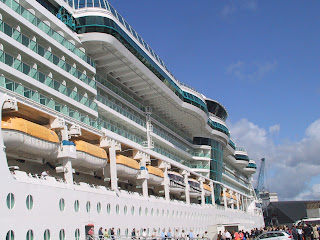 Jewel of the sea.Now in Dublin 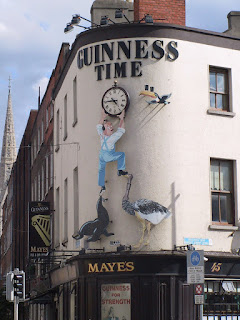 Always time for a Guinness.

Well I got a fare down to the cruise ship the other day the photo does not do it justice, you would have to back up by 1/2 a mile to get her all in.
Come on lucky lotto numbers..

We had a morning of heavy rain,great for taxis. With so many cars out we need some extra work to keep our heads above water.
I didn't work last night or tonight but I did OK on both days.

Today was GAY PRIDE day,a big parade and no camera. But a good time was had by all.
I hopped around my usual haunts and got a lady from Heuston going to Skerries over e50 then clicked in Swords on the way home. Its nice when you hit an earner early in the day.
Tonight Mr Eric Clapton is giving an open air concert in Malahide.
I hope the weather picks up
I brought 2 people who came from Galway out to the venue. As I said taxis are not part of their plans when organizing a concert, we are to be pushed away at all costs.
As I approached the turn for the venue a Garda signaled for me to go straight. I rolled down the window but he said I had to take them to the Dart station, from there I don't know what was going to happen.
I drove past him a little, once out of sight I took off my roof sign.
My plan was to do a u turn and return as an ordinary car.

Glad I am not the one with a red face there.

You know its getting that only the lucky drivers are getting the work.
Perhaps soon it will not be enough just to be lucky.

Here is a little aside for you.
I saw that the Ulissies ferry was coming in so I headed down to the port, the Isle of Man ferry was blocking the berth so it had to wait for 20 mins to get a berth.
There was a hen party over for the weekend, I was going to photograph them for posterity but they asked me how much it would cost for them to go into the city by taxi. I was well back in the queue anyhow and I told them it would cost them around e4 each but the exact price would be on the meter.
They said they would wait until the bus brought them in.
Now their coach had not come out to the docks from the bus station, so this coach was for the other ferry and that one would not be leaving for around 3/4 of an hour.

One of the other drivers asked me what they had said, when I told him he laughed, the bus costs 6 or 7 euro, so they would waste an hour and it would cost them more. 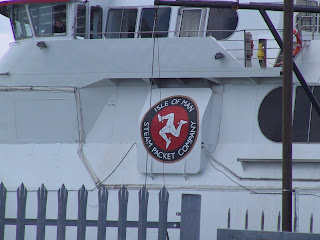 No matter which way you throw me I stand.

In fairness perhaps the other drivers had quoted them a high price, then they felt they could not trust anyone.

I got a run to Leeson St with 2 Jewish people from Israel, one thing of interest is that you have to fly out of Israel, you can't go by ferry, they are surrounded by Arabs. He was delighted to see so many ferries zooming in and out of the port.
He had a great sense of space and was able to tell me which streets were parallel to the street we were on etc.

The city center is besieged by Segways and mobile advertising hoardings urging us to visit Northern Ireland. When I was at the cruise ship hundreds of people were getting off on a bleak dockland setting with containers and tankers around them.
If the hoardings had been down there it would have given them a good backdrop for photos and those same photos would go around the world,what a missed opportunity.

Oh yes I remember the car the Stephen Speilberg loves to drive is his Aston Martin.
The James Bond car.

Just to note I saw at least 10 hen parties going around the city with their silly rabbits ears and Tee shirts.They are not too welcome in the pubs and restaurants they cause mayhem and drive out the regulars.

So if you are swinging around Malahide or around the dart stations.....there might be work, good night
Posted by John at 1:24 PM