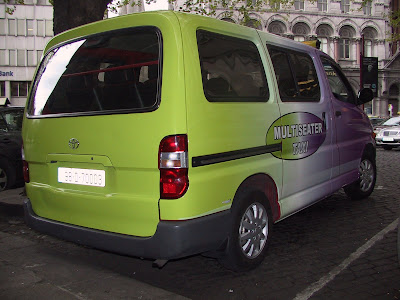 This taxi was driving around advertisind head shops, today the adverts are all gone. 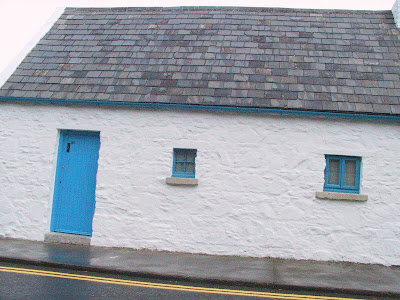 A country house right in the middle of the city 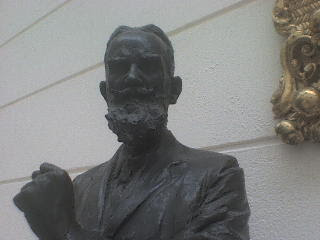 And what does G B Shaw think of it all?

Well today the government woke up and passed into law a total ban on "head shops".
To be caught selling the drugs will now give you life in prison.

These shops had been springing up all over the place selling "Legal Highs" under names like Methadrone which is sold as a plant food, not to be taken.
This they argued would let them out because it was not sold as a drug.
I had chemists from Cork university hospital testing these legal drugs and they found LSD and other banned chemical in them the drugs were bought by undercover Garda. These Garda asked the shop assistants how the drugs were to be taken. Now they are going to prosecute them for "reckless endangerment"
Some people have died from these drugs and any doctor I have spoken to do not think they are in any way safe.
The funny thing was that they were putting the illegal drug dealers out of business. The drug dealers were setting the head shops on fire, one way of dealing with the competition that.
Still working on other projects and as there is no work out there at present it is goo to have other things to keep me busy.
On the way home I picked up a guy just back home from a big adventure. He was living in Germany and went to Australia to try his luck there, it was great but not what he wanted so he head ed home via Thailand, he had Friends to stay with and he rented a moped to get around..If you have been there you know what happened next, he had an accident and dislocated his shoulder..He had Quinn health care cover and they came to the rescue. The hospital and ambulance were very expensive.
He also has a brother who lives in Brazil, I told him of the girls from Manias who I had met in town today.I spoke about the wonderful mixture of races there was in Brazil, he had been there and said that there are strong German and Italian influences in the country. I had forgotten that many Nazis fled there after the war.

His dad used to knock around with Phil Lynott in the old days.

So when he sees his folks he is back to Germany, where the trains come and go on time.
Posted by John at 12:24 PM