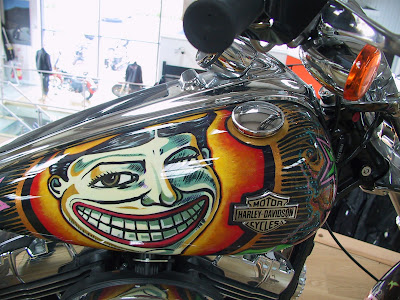 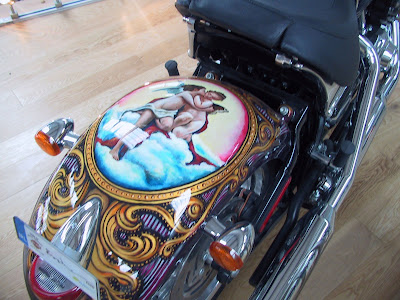 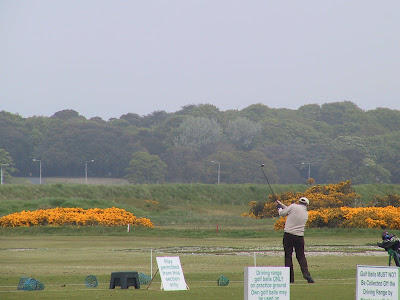 This is the only driving you should be at today.

Today was quite a magical Summers day in Dublin.
First communions were on again and everyone was all dolled up, I watched the people coming out of Fairview Church and it was like a Milan fashion week.
One little girls parents hired a Limo at €800 to take her the 2 minutes from her house to the church, then to the meal in a hotel..That's life .

Peoples mood seems to have improved with the weather.

The young pup of the week got a very small slap on the wrist the other day.
Dublin born actor Jonas Armstrong from the film Robin Hood got into a taxi going to his mothers house in Lytham St.Annes near Blackpool.
On arrival he found out he had lost his jacket with his keys and money. It is said to have tried to punch the driver and spat in the car. Then he started banging on the neighbors doors and shouted in the letterboxes "Open up .Its Robin Hood" The cabbie called for back_up and when the boys in blue arrived he gave them the best of his Gurrier French.

Well the old bill was not impressed he fined him 100 quid and pay the court costs.
If I was the judge I would fine him 8,000 quid or 5 days community service and 200 quid fine..
The law is strange. I don't know if I told you of the guy walking his dog in the park.No dog licence 200 no lead 200 no muzzle 200...600 fine for nothing, while a guy that perhaps could earn 4 mill next year is fined 100 and that as a second offense.

A girl from Howth told me the other day that her sister and her boyfriend got into a taxi going to the airport. Well it was the time the snow was on the ground and the driver wouldn't slow down.
Then he slammed on the brakes and skidded into another car coming in the opposite direction..They finished up in hospital badly injured but alive..
Well the driver was not the guy on the insurance policy..Now they have to fight to get any compensation..
Now did I not mention before that taxis are being hired for around €220 per week and being driven around 24/7 by guys who have no PSV lisence?
Nothing much is done apart from taking away the roof sign when they get caught and then letting them drive away.

Not much of a deterrent for driving without insurance.

If a Garda stops my wife (for example)driving with an expired motor tax, the Garda can and often do confiscate the car..Then there is a fine, back tax, towing charges, storage charges not to mention all the haste.

All this while HUNDREDS yes Hundreds of taxis are being driven by people who have no driving licences, never mind PSV licences..Drivers who don't know where O'Connell St is. I kid you not..."You show I go"

Will we have to wait for the first murder before the people in power do something about the situation.

You know I have not been working at the taxi much lately. I used to keep a note book which I found the other, "Italian lady wants to learn how to drive, but she has no money" Now that was interesting to say the least..I wonder if she did find an instructor.
So I will say good luck on this beautiful summers day in Dublin


Or try this one when buses were green and hairdos were big.